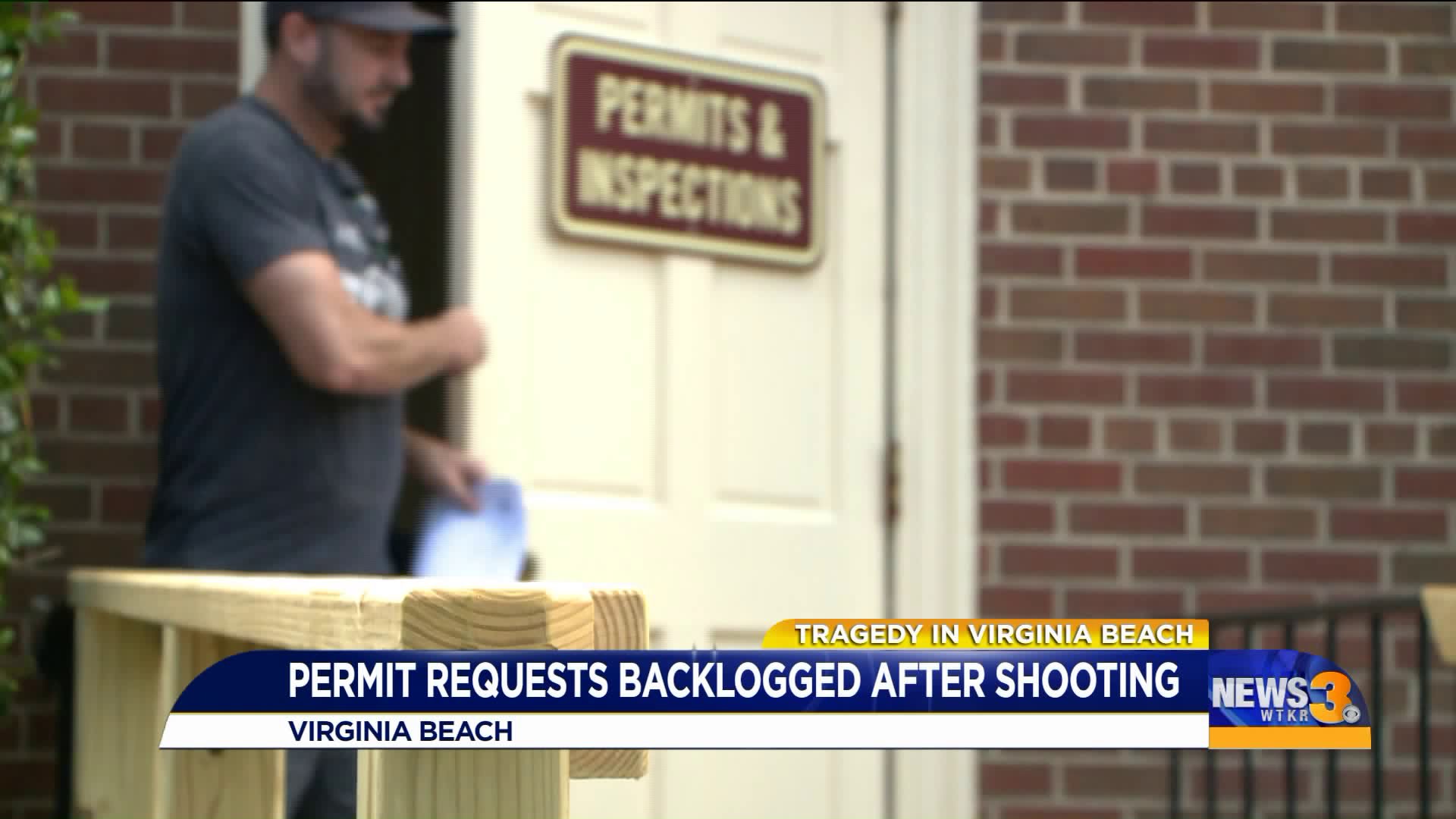 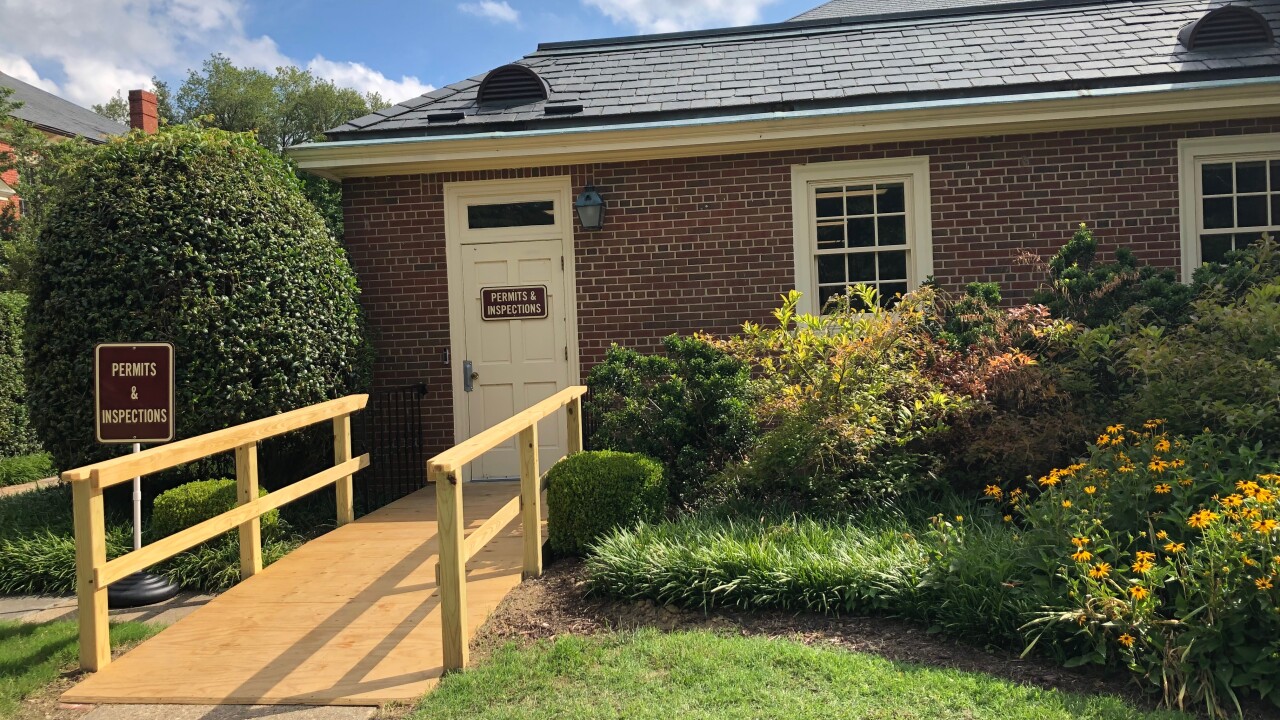 VIRGINIA BEACH, Va. — As Virginia Beach continues to pick up the pieces after the mass shooting at the municipal center, there are some implications for people who need to do business with the city and for employees who are facing a backlog of permit requests.

The city is working to get back up to speed. The Planning and Community Development Customer Service Counter, along with Permits and Inspections, has been moved to Building 19, north off of Princess Anne Road.

The department officially opens to the public on Monday, but they’re approving online permit requests now and hope to have a handle on the majority of the backlog by then.

Virginia Beach Planning Director Bobby Tajan says "staff has been working very hard just to try and come back together” to create a sense of normalcy after the shooting.

“There will be knowledgeable people from all of planning that will be there - from environmental to permits to zoning - and will be able to answer your questions,” says Tajan.

The city says the fastest way for people to get a permit approved is to go online. People can fill out an application for things like plumbing and building alterations.

“I believe we have done almost 700 of those permits that were submitted online. That’s the best bet. You can avoid the lines. You can avoid the small space that we’re located in right now, and staff is able to look at it daily and try to get those things done that are completed and ready to go,” explained Tajan.

The city says they are working to get things done as quickly as possible.

New construction permits will take a little longer— the city estimates between two to three weeks.

“Right now, we’re unable to issue those. We are finding interim ways to issue permits so that people can get states with the work. We are not saying that you can’t completely get that permit, but you can get a permit ticket started,” says Tajan.

In the meantime, they city is asking for the public to be patient as they work to get the department back up and running as normal.

“it will be tough as we move forward, especially as we get questions and other things, but again we hope that the public is patient with us and understands that we’re doing our best to continue to have business flow through the city,” says Tajan.