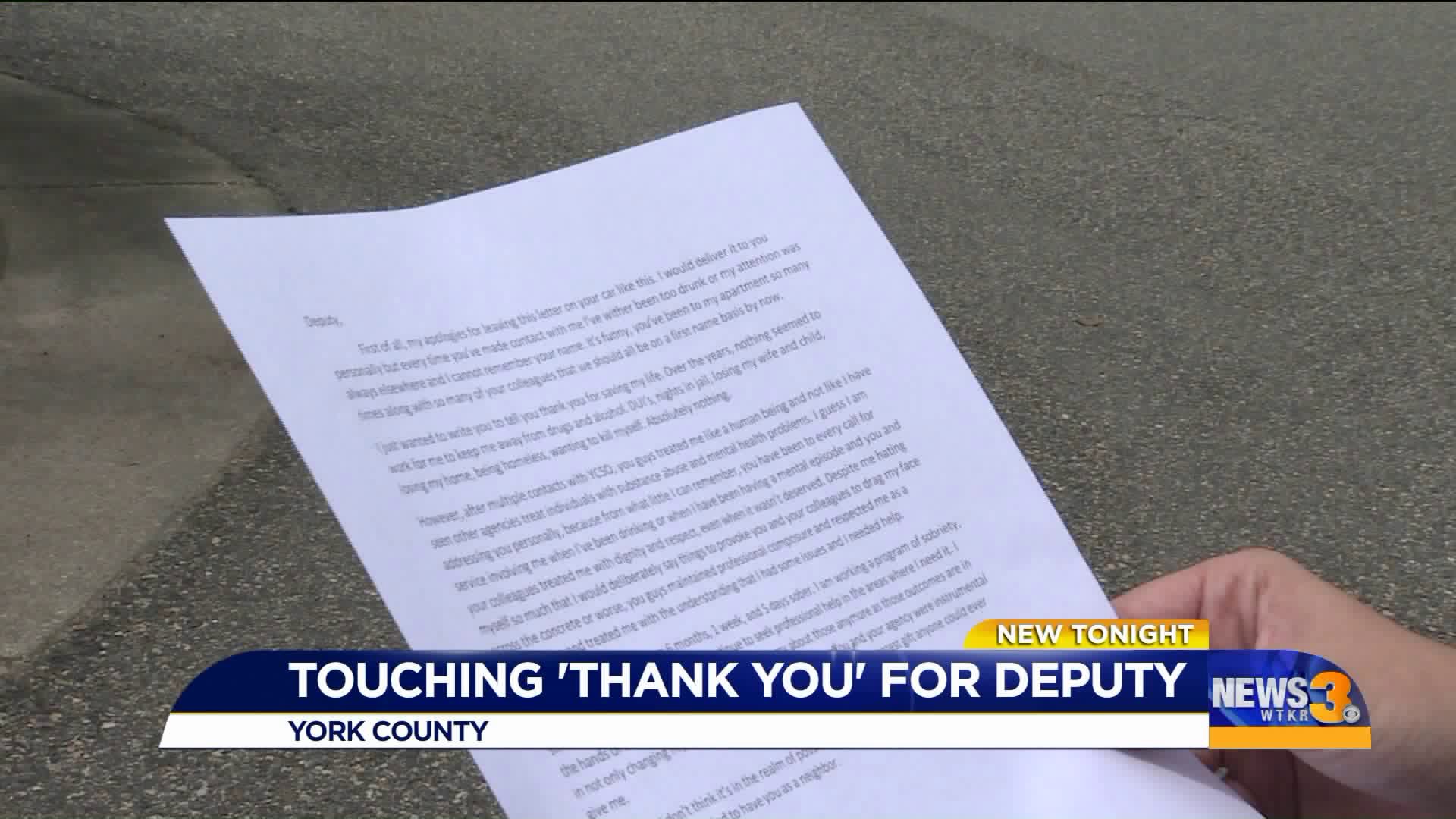 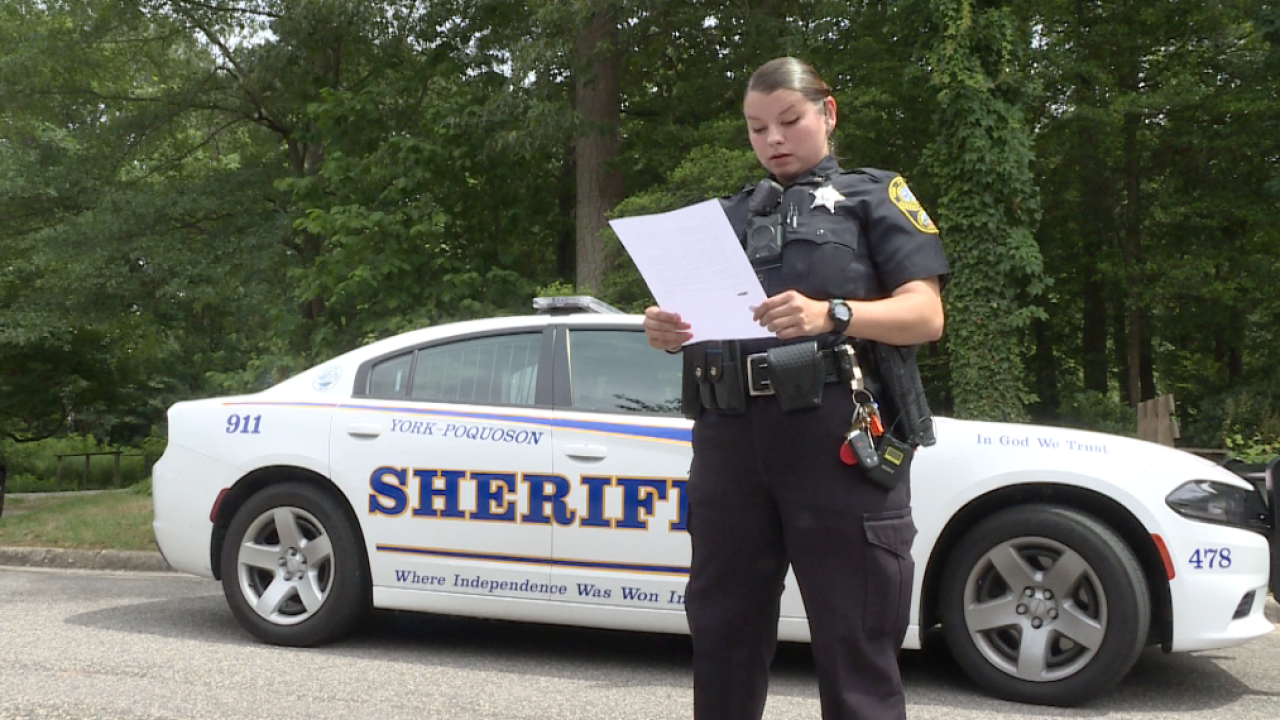 YORKTOWN, Va. - Law enforcement officers put their lives on the line for the community every day, but it's not every day they are thanked for their hard work.

However, this week Deputy Alex Katke with the York-Poquoson Sheriff's Office was acknowledged in a big way.

Walking back to her cruiser one day, she found a note underneath the windshield.

It was from a man who had gotten himself into trouble in the past. Whenever the sheriff's office was called, Deputy Katke was always the responding deputy.

Catching Katke totally off guard, the man thanked her and the other responding deputies for always treating him with respect, even when he may not have deserved it.

He even attributes part of his newfound sobriety to Deputy Katke.

First of all, my apologies for leaving this letter on your car like this. I would deliver it to you personally but every time you've made contact with me I've either been too drunk or my attention was always elsewhere and I cannot remember your name. It's funny, you've been to my apartment so many times along with so many of your colleagues that we should all be on a first name basis by now.

I just wanted to write you to tell you thank you for saving my life. Over the years, nothing seemed to work for me to keep me away from drugs and alcohol. DUI's, nights in jail, losing my wife and child, losing my home, being homeless, wanting to kill myself. Absolutely nothing.

However, after multiple contacts with YCSO, you guys treated me like a human being and not like I have seen other agencies treat individuals with substance abuse and mental health problems. I guess I am addressing you personally, because from what little I can remember, you have been to every call for service involving me when I've been drinking or when I have been having a mental health episode and you and your colleagues treated me with dignity and respect, even when it wasn't deserved. Despite me hating myself so much that I would deliberately say things to provoke you and your colleagues to drag my face across the concrete or worse, you guys maintained professional composure and respected me as a human being and treated me with understanding that I had some issues and I needed help.

I am happy to tell you that I am 6 months, 1 week, and 5 days sober. I am working a program of sobriety, I have been through treatment, and I continue to seek professional help in the areas where I need it. I still have legal issues in the wind, but I no longer worry about those anymore as those outcomes are in the hands of my higher power and I have no control over them. You and your agency were instrumental in not only changing my life, but saving it as well and you gave me the greatest gift anyone could ever give me.

Now while I don't think it's in the realm of possibilities to invite each other over for tea or watch the NBA playoffs, I am glad to have you as a neighbor.

Sheriff Danny Diggs said hearing that his deputies make such a positive impact on the community isn't surprising.

"It helps us to be motivated, to go that extra step and to treat people with some extra kindness because we know that pays off," he said.