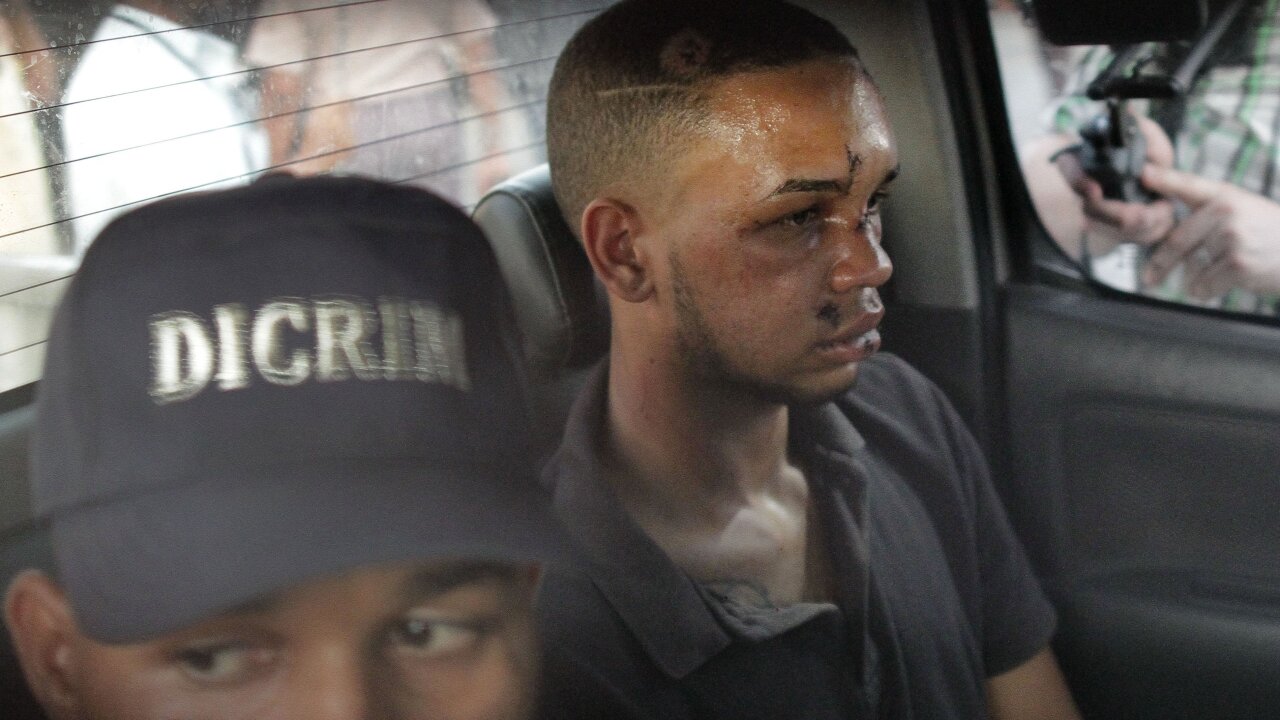 The alleged gunman in the shooting of former Boston Red Sox star David Ortiz has been arrested, according to Jean Alain Rodríguez, attorney general of the Dominican Republic.

Authorities believe Ferreira Cruz and six other men were involved in the shooting of the MLB all-star. Dominican National Police Director Ney Aldrin Bautista Almonte said only one man remained at large on Wednesday.

“These individuals, each one of them, all of them, have been jailed and will go before a court,” Bautista Almonte said.

It’s unclear what charges the suspects are expected to face, but investigators are treating the case as an attempted murder.

Authorities declined to discuss a possible motive for the shooting, but Bautista Almonte said the suspects were offered $400,000 Dominican pesos (about $7,830) to carry out the hit.

Investigators recovered the gunman’s firearm, which was buried in the home of one of the suspects in the province of Mao, police said.

The first suspect, Eddy Vladimir Féliz Garcia, was arrested immediately after the attack and appeared in court late Tuesday, charged with being an accomplice to attempted murder in Sunday’s nightclub shooting in Santo Domingo.

Bautista Almonte said investigators located the other five suspects — who were in custody Wednesday– after they spoke with Féliz García at a local hospital.

Police were investigating two cars that were parked near the scene of the shooting, and a witness told police he saw Féliz García and the gunman get into one of the cars before the shooting, the documents say.

Prosecutors asked that Féliz García be held for a year of pretrial detention, but defense attorney Bunel Ramírez Merán told CNN that he argued against the move and requested the judge postpone the decision so the defense could gather evidence.

Merán plans to demonstrate to the court that his client poses no flight risk due to his “family, social and work ties,” he said.

The judge said he would rule on the request Wednesday.

Ortiz, 43, and a friend were shot at Dial Bar and Lounge in the Dominican capital. The bullet went through Ortiz’s stomach, said Felix Durán Mejia, a spokesman for the Dominican Republic National Police.

Féliz García of Santo Domingo West and a second man tried to drive away after the shooting, but the motorcycle fell to the pavement, police said.

A crowd attacked Féliz García and handed him over to police, who transported him to a hospital for treatment. At his Tuesday hearing, he had swelling and deep cuts on his face.

Deivi Solano, another of Féliz Garcia’s attorneys, said his client is a motorcycle taxi driver and may have unwittingly driven the shooter, but he did not shoot Ortiz.

Justina Garcia, the suspect’s mother, said her son is innocent and that the two of them are fans of Ortiz. Her son would never do anything to hurt the baseball legend, she told CNN.

“My son had nothing to do with this,” she said, adding that she fears for his safety and wants police to provide added security.

Ortiz is recovering in the intensive care unit at Massachusetts General Hospital after being flown to Boston to continue his treatment, his wife, Tiffany, said in a statement. A trauma surgeon is leading the medical team tending to the father of three, she said.

“Yesterday and this morning, David was able to sit up as well as take some steps,” Tiffany Ortiz said Wednesday. “His condition is guarded and he will remain in the ICU for the coming days, but he is making good progress towards recovery.”

Dubbed Big Papi, Ortiz was reared in Santo Domingo and made his Major League Baseball debut in 1997. A first baseman and designated hitter, Ortiz played 20 seasons before retiring in 2016.

He is best known for his 14 seasons as the Red Sox’s designated hitter, during which he helped the team snap its decades-long title drought in 2004. He won three championships with the Sox and was named MVP of the 2013 World Series.