Muhammad Ali is the new face of Louisville’s airport 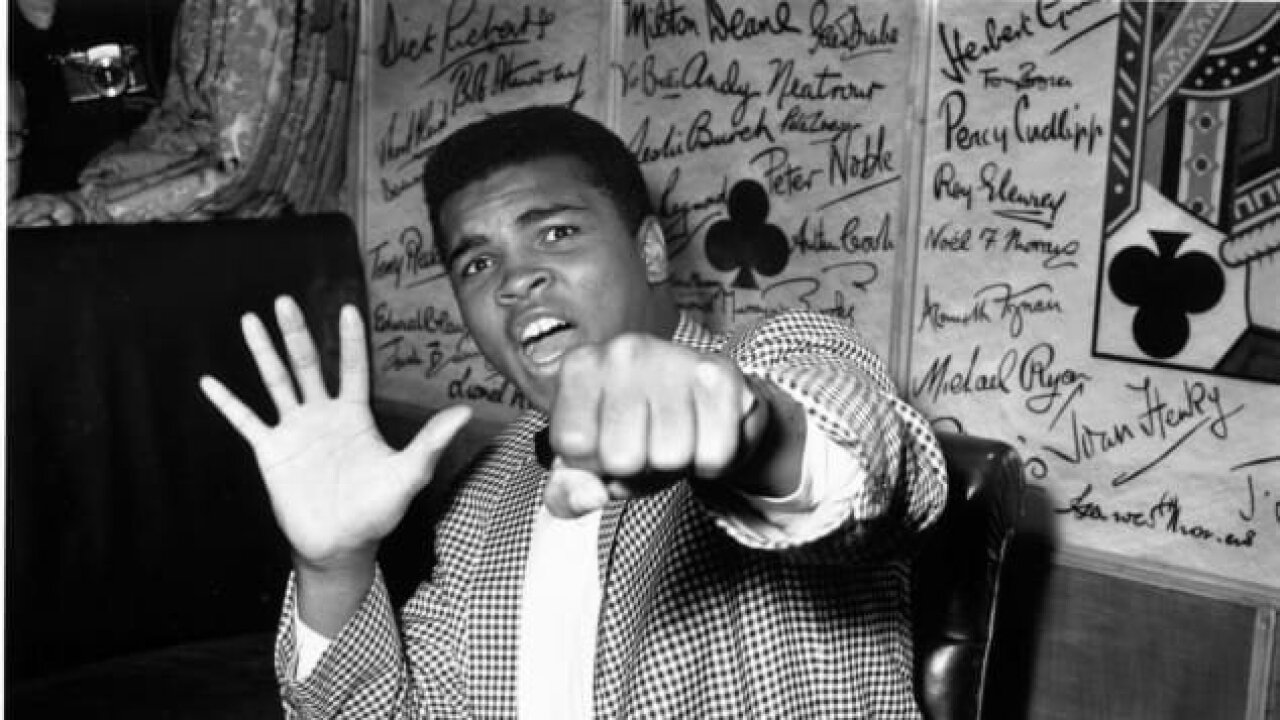 Louisville’s airport has a new logo — one that honors its most famous son, Muhammad Ali.

If you travel to Louisville’s airport, you’ll see it has a new logo — one that honors its most famous son, Muhammad Ali.

Louisville’s airport has a new logo — one that honors its most famous son, Muhammad Ali.

The logo sports a silhouette of the champ with the backdrop of a fiery butterfly. It’s meant to reference the phrase most associated with Ali: “float like a butterfly, sting like a bee.”

Arms outstretched upwards, the image of Ali is both triumphant and welcoming, honing in on the characteristics of the icon that made him a hero to many.

“No matter how many miles Muhammad traveled, he always came back to the place he called home and he always made his visitors feel welcome,” said Ali’s widow, Lonnie Ali.

“It is my hope that all people who travel to Louisville will feel that same welcoming spirit as they enter this airport and want to return to visit again soon.”

In January, the city in Kentucky had approved changing the name of its airport to Louisville Muhammad Ali International Airport.

The logo change took place last week, as part of “Ali Week” — an annual celebration of the boxer through art, music, film screenings and special events.