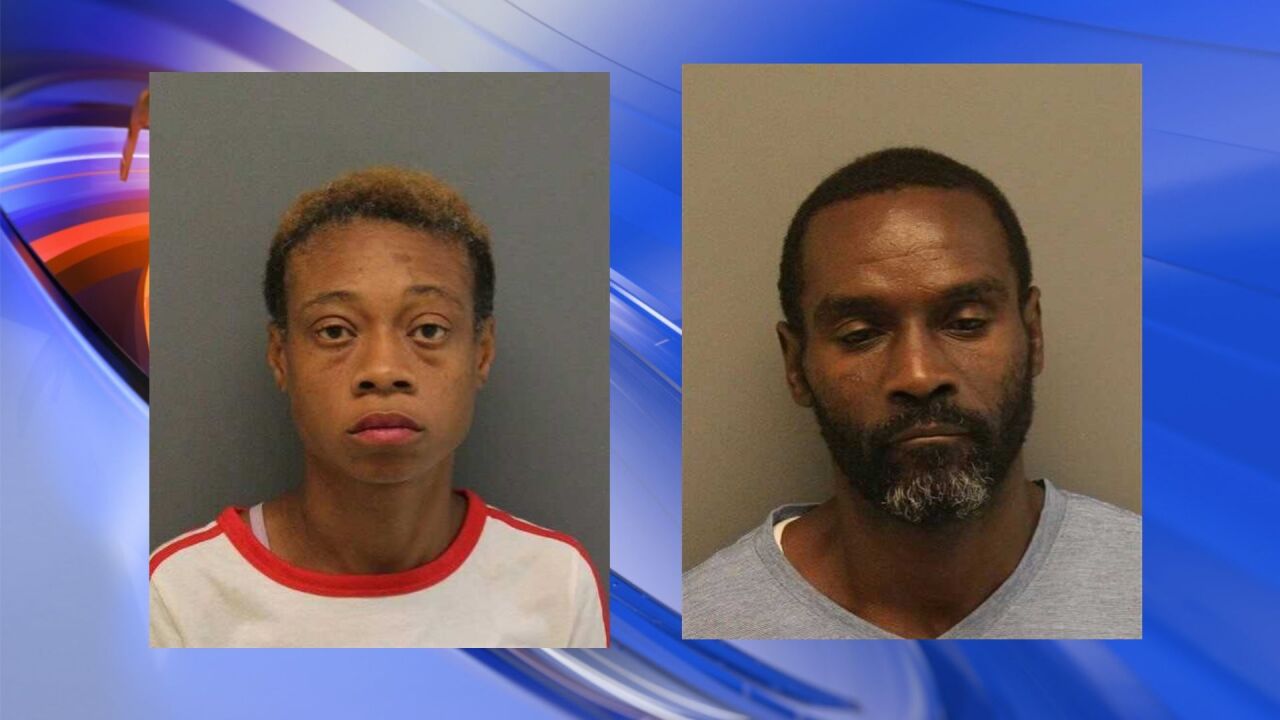 NEWPORT NEWS, Va. – An officer was working secondary employment at Walmart on Saturday when he received a call around 4:46 p.m., about a woman concealing merchandise.

The Walmart the incident happened at is located in the 6100 block of Jefferson Avenue. The officer began watching the female who was seen placing large amounts of unpaid products into multiple bags.

The woman was riding in an electric shopping cart in the clothing section of the store when she was concealing the merchandise, reports say. The male that was with her was bringing her bags and watching her conceal the merchandise.

The man was also seen walking to the ends of the store isles appearing to be a lookout for the female, police say.  Both the male and female passed all final points of sale and exited the store without paying. Both subjects were escorted to the Loss Prevention Office in reference to the larceny.

Featherston had a smoking device with suspected cocaine residue, according to reports.