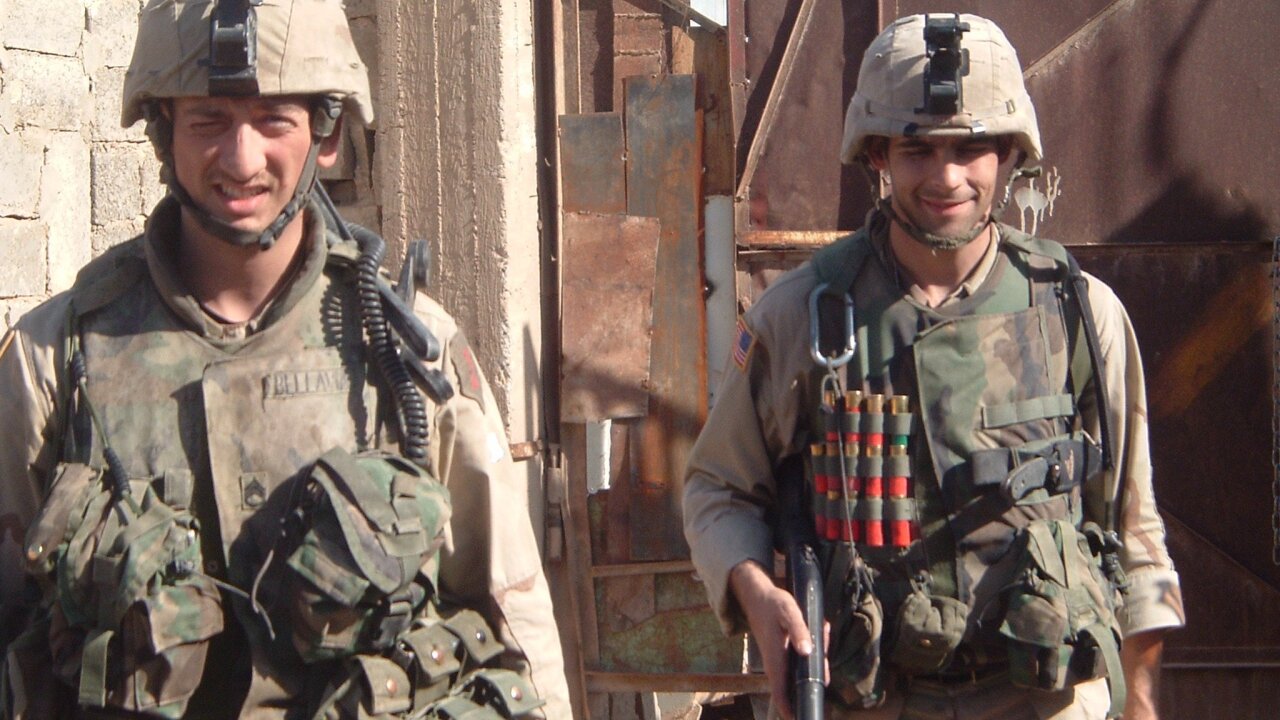 Bellavia, 43, was previously awarded the Silver Star but will have that distinction upgraded to a Medal of Honor — the nation’s highest award for combat valor — during a White House ceremony on June 25. To date, the Medal of Honor had only been awarded posthumously to service members who served during the Iraq War.

“Bellavia will receive the Medal of Honor for his actions on November 10, 2004, while serving as a squad leader in support of Operation Phantom Fury in Fallujah, Iraq,” the White House said in a statement.

It was Bellavia’s 29th birthday.

Specifically, Bellavia, who at the time was with A Company, 2nd Battalion, 2nd Infantry Regiment,1st Infantry Division, was clearing a block of houses when his platoon became pinned down by enemy fire.

“He entered the house where his squad was trapped, and engaged insurgents, providing cover fire so that he and his fellow soldiers could exit safely,” according to his citation. “Then-Staff Sergeant Bellavia re-entered the house, armed with an M16, and assaulted insurgents who were firing rocket-propelled grenades.”

“That remarkable day, then-Staff Sergeant Bellavia rescued an entire squad, cleared an insurgent strongpoint, and saved many members of his platoon from imminent threat,” it said.

“Staff Sergeant David Bellavia exhibited remarkable courage in Fallujah on November 10, 2004, when he exposed himself to enemy fire and entered and cleared a house full of insurgents to save members of his platoon. His actions serve as an inspiration to all Americans,” acting Defense Secretary Patrick Shanahan tweeted Monday.

“This month, he will deservedly become the first living Medal of Honor recipient of the Iraq War. He serves as a symbol of the bravery and selflessness of his generation of war veterans,” he said.

Trump’s plan to award Bellavia the Medal of Honor was first reported by The American Legion’s Burn Pit blog.

Bellavia, who was released from duty in 2005 and is now a radio talk show host for WBEN in Buffalo, New York, described what will be going through his mind in the coming days.

“I’m going to just think about the guys we’ve lost the most … Their families are going to be there to represent their sons and you know, we’re hoping that the President recognizes just everyone that did so much,” he said.

“Iraq veterans have not had a living recipient and this is the first one … the narrative has been written on the Iraq War, but there are a lot of men and women who did outstanding work and did it because it needed to be done and we didn’t vote to go to the war, but we fought and we’re very proud of our fight,” Bellavia added.

“We’re very proud of our unit and our military and our army and our infantry and it’s just … it’s humbling,” he said.

In 2016, the Pentagon announced the results of its review of military awards given to veterans who served in Iraq and Afghanistan.

The military examined over 1,000 medals given since the attacks of September 11, 2001, to determine whether the actions that led to those awards were actually deserving of the Medal of Honor.

The review was initiated by then-Defense Secretary Chuck Hagel in 2014 to improve the military awards system to make sure the Pentagon was appropriately recognizing service members for their actions.