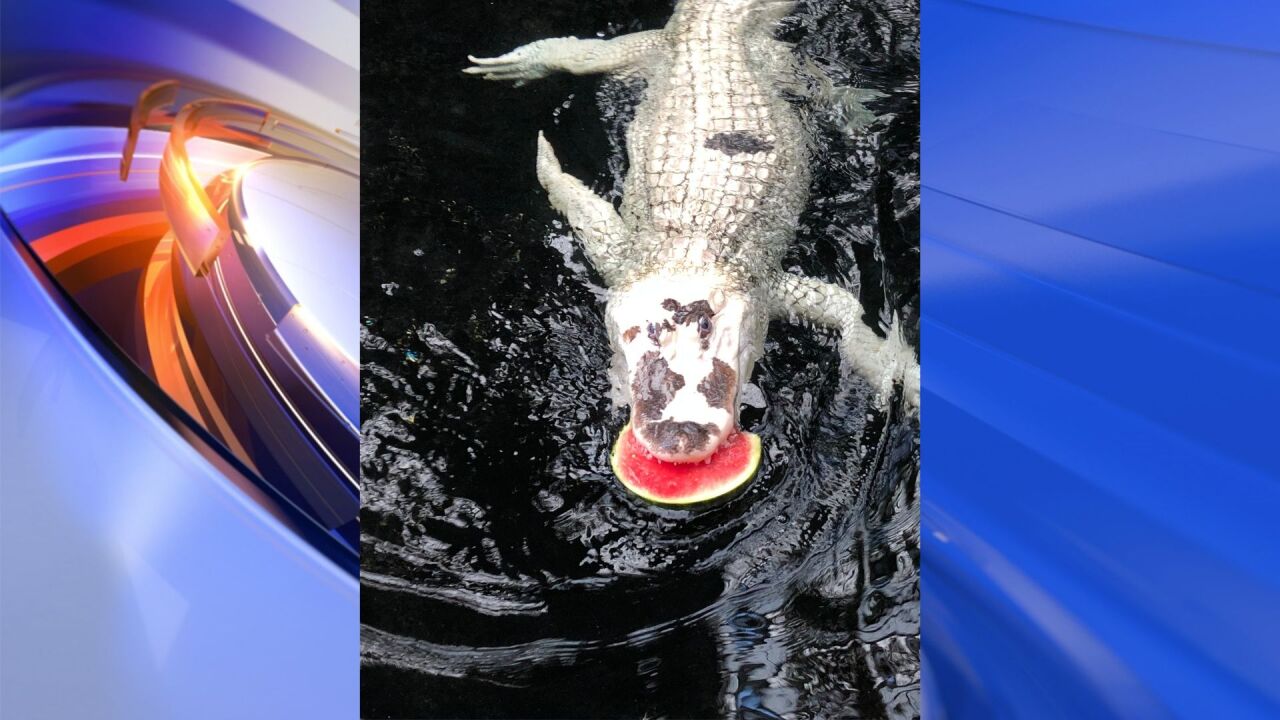 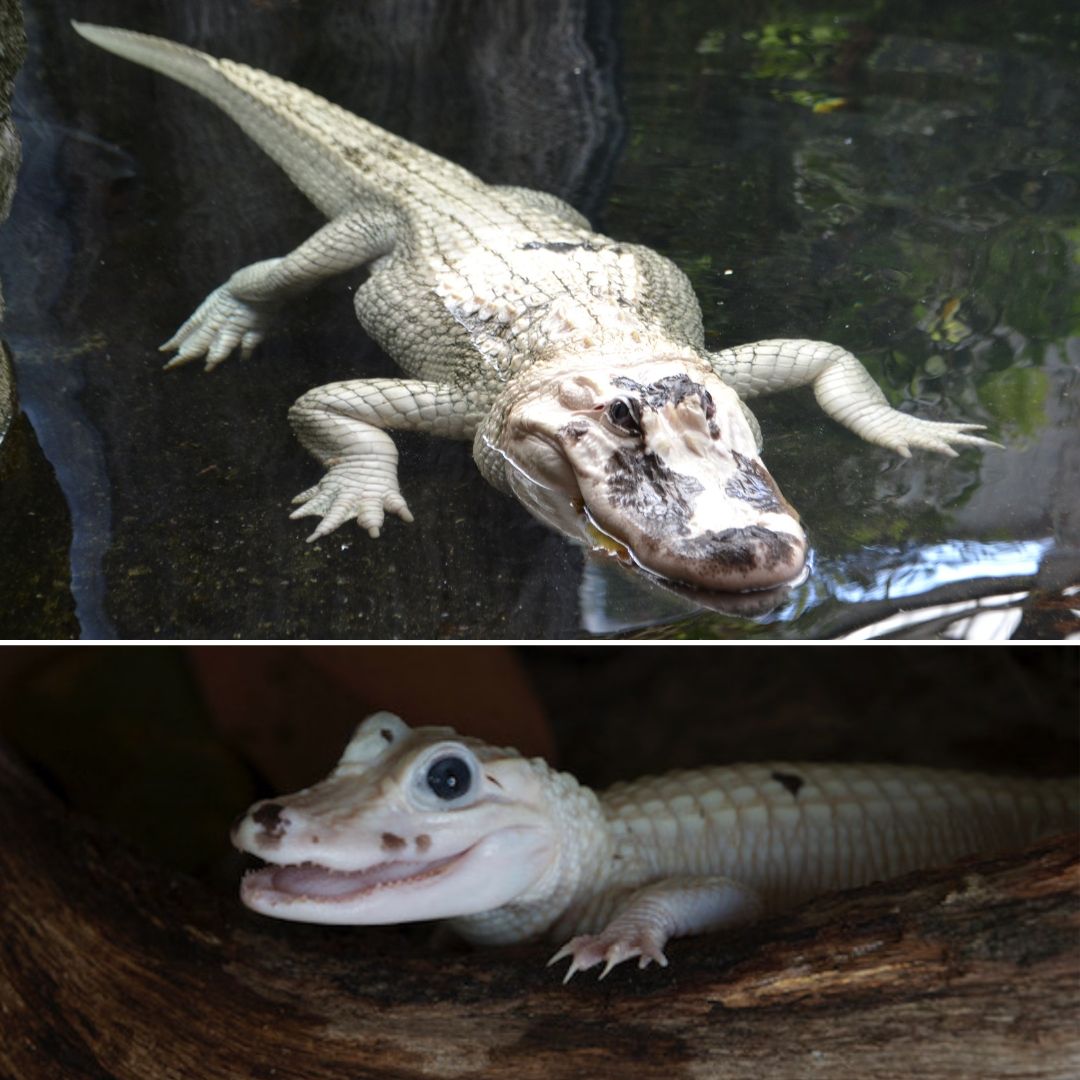 MANTEO, N.C. – The North Carolina Aquarium on Roanoke Island celebrated the 10th birthday of Bleu, the American alligator, on Thursday!

To mark the occasion, special enrichment treats were created for his milestone birthday. Slices of cantaloupe and watermelon formed layers of a birthday “cake,” while alligator biscuits and small fish called smelt made up the icing on top.

Bleu is a favorite of many aquarium visitors due to his unique appearance. He has leucism which is a condition which results in most of his skin being white. He still has patches of regular coloration and blue eyes, unlike an albino animal, which lacks all pigmentation.

In June 2009, Bleu and another male leucistic alligator were discovered as juveniles on a federal preserve in Louisiana. They were donated by the U.S. Fish and Wildlife Service to the Audubon Aquarium of the Americas through the Audubon Center for Research of Endangered Species and were in their care until 2013, when Bleu came to the NC Aquarium on Roanoke Island.

Survival in the wild for leucistic and albino animals is a challenge, according to the Zoo. Their abnormal coloration stands out against their natural habitat, which makes them easy targets for predators. The lack of pigmentation also makes alligators with these conditions susceptible to skin conditions and sunburn.

North Carolina is the northernmost region populated by American alligators, and their habitat stretches to the Rio Grande region of Texas. Once almost depleted due to hunting and habitat loss, the American alligator was classified as endangered in 1967, a move which contributed to the development of the Endangered Species Act of 1973. A widespread effort to support these animals and preserve natural habitat resulted in their successful recovery and they were removed from the endangered species list in 1987. American alligators can live up to 50 years in the wild.

At the aquarium, Blue shares his habitat in the Wild Wetlands Gallery with another American alligator named Hallow, a snapping turtle, and several carp. Guests to the NC Aquarium on Roanoke Island can see aquarium husbandry staff feed the alligators on Mondays and Thursdays (subject to change). For daily schedules, click here.