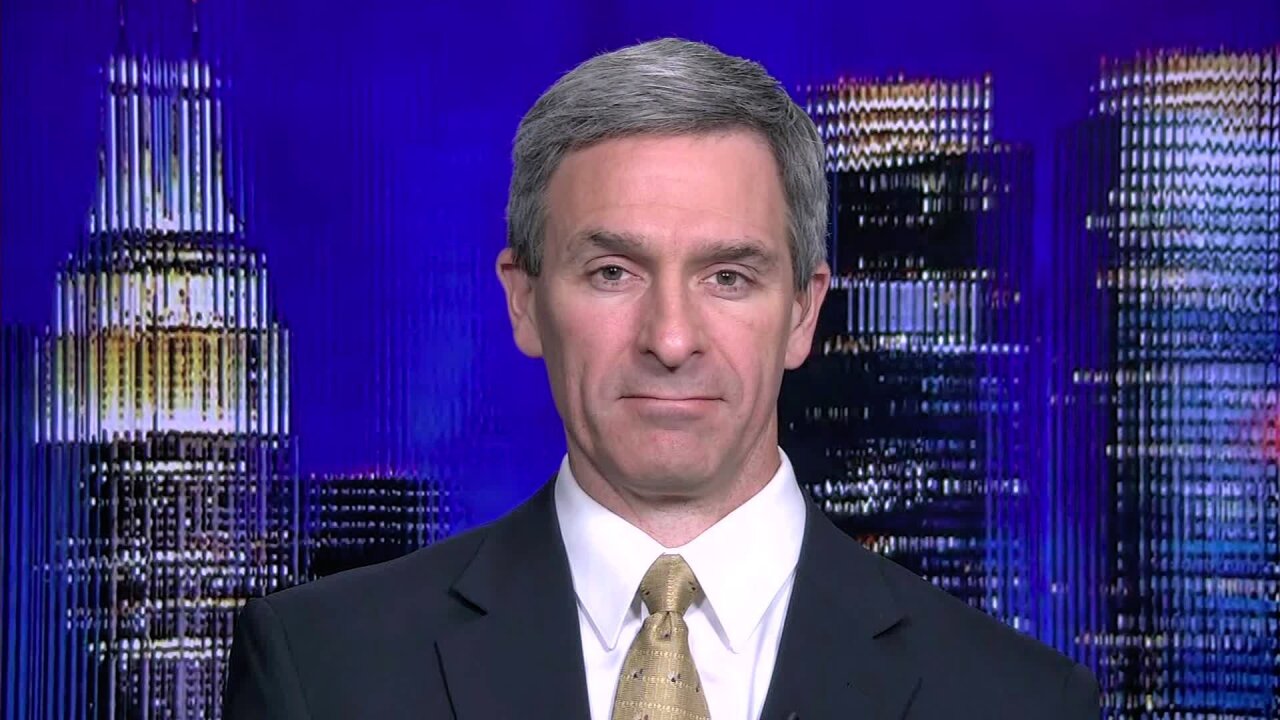 Former Virginia Attorney General Ken Cuccinelli started as acting director of the United States Citizenship and Immigration Services, putting a hardliner to the top of the agency that administers the nation’s immigration system.

Former Virginia Attorney General Ken Cuccinelli started Monday as acting director of the United States Citizenship and Immigration Services, putting a hardliner to the top of the agency that administers the nation’s immigration system but drawing bipartisan criticism.

Former Virginia Attorney General Ken Cuccinelli started as acting director of the United States Citizenship and Immigration Services, putting a hardliner to the top of the agency that administers the nation’s immigration system.

The moves come as President Donald Trump and the White House tries to crack down on the dramatic increase in number of migrants crossing the southern border.

“Together we will continue to work to stem the crisis at our southwest border,” Cuccinelli said in a letter to USCIS employees. “We will also work to find long-term solutions to close asylum loopholes that encourage many to make the dangerous journey to the United States so that those who truly need humanitarian protections and meet the criteria under the law receive them.”

The announcement Monday prompted sharp criticism from both Democrats and Republicans.

Texas Republican Sen. John Cornyn blasted the move and predicted Cuccinelli won’t be confirmed to the position on a permanent basis because he’s made a career criticizing other Republicans — including Trump.

“He’s made a career attacking other Republicans and frankly attacking President Trump. I doubt he will have the support to be confirmed,” Cornyn told reporters.

House Homeland Security Committee Chairman Bennie Thompson said there is “no reason” to install someone who is opposed on a bipartisan basis.

“Mr. Cuccinelli is an anti-immigrant fringe figure that has no business leading a component that is supposed to administer our Nation’s legal immigration system,” said Thompson, D-Mississippi, in a statement.

“Ken Cuccinelli has fiercely advocated for ending birthright citizenship in the U.S. Today, the Trump administration appointed him to head the agency in charge of citizenship and immigration services,” Sen. Kamala Harris, D-California, tweeted. “Cuccinelli’s appointment is a threat to our country’s ideals—I will fight this.”

Republican lawmakers have privately signaled to the White House should not nominate Cuccinelli, or else he risks having another high-profile pick forced to withdraw, CNN has learned.

After reports surfaced that Cuccinelli might join USCIS, the head of a union representing agency employees, said his potential appointment “spells the end of legal immigration as it currently exists.”

“It has become clear that the goal of this administration is to end immigration all together. How better to do that then by appointing as the leader of USCIS someone who knows nothing about immigration, Adjustment of Status or Naturalization, and whose sole purpose is to destroy the agency that grants these benefits,” said union president Danielle Spooner in a statement last month.

Cuccinelli did not immediately respond to CNN’s request for comment regarding the union’s statement.

Cuccinelli’s appointment also raised legal questions over whether he could be installed to lead the agency without a formal nomination, which he has not yet received.

O’Connell, however, said the move “undermines” the spirit of the act.

Since Cuccinelli is serving in an acting capacity, it still leaves all three major federal immigration agencies without permanent leaders.