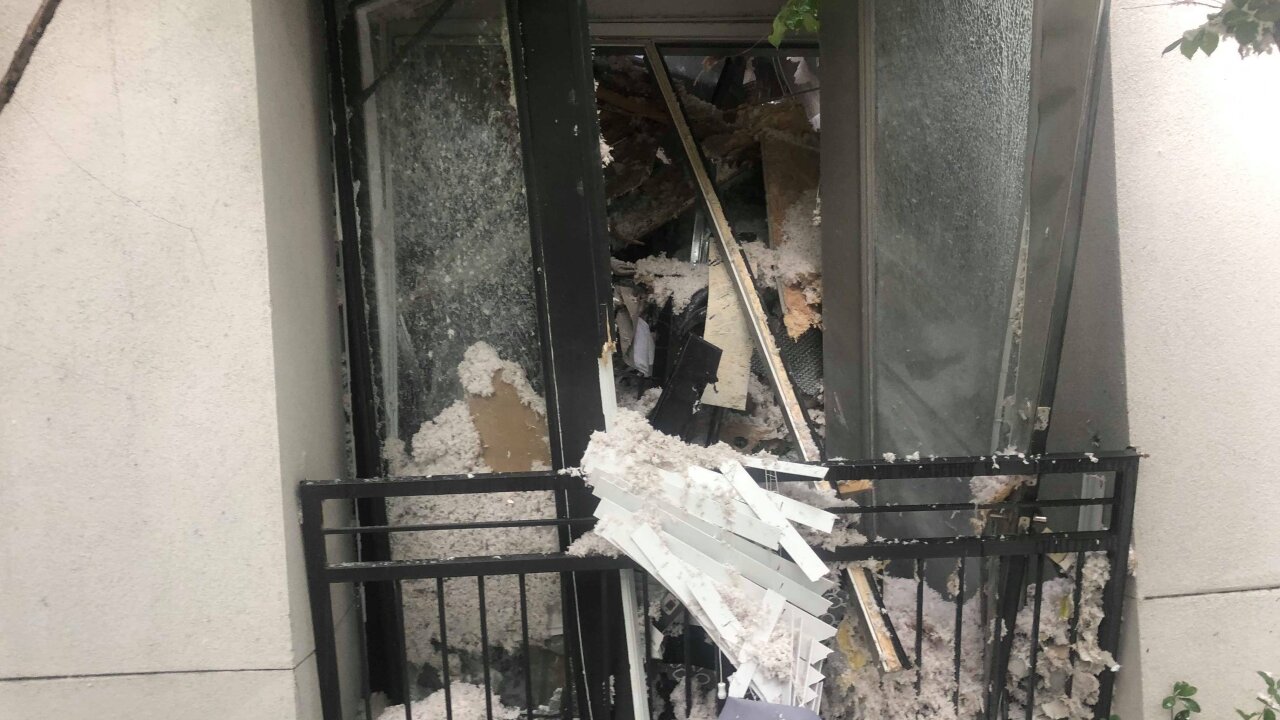 A crane has collapsed in Dallas.

At least one person has died and six were injured after a crane fell onto an apartment complex in downtown Dallas, according to Dallas Fire-Rescue spokesman Jason Evans.

The crane fell onto the Elan City Lights apartment complex, with the worst of the damage on the eastern residential side and a parking garage for the building, Evans said. Dallas firefighters have live-find rescue dogs on scene to search the property for missing and injured people.

“This is a really challenging situation in the sense that I cannot personally recall that we’ve had a crane collapse that involved an already inhabited building,” Evans said.

“Our hearts go out to everyone who has been impacted by this incident. We only hope that the damage that’s been inflicted thus far is where it stops.”

Jones says one patient is in critical condition, another is in serious condition, and the third was treated and released.

Three other patients were taken to Parkland Memorial Hospital in Dallas, but a spokeswoman for Parkland could not give CNN condition updates. 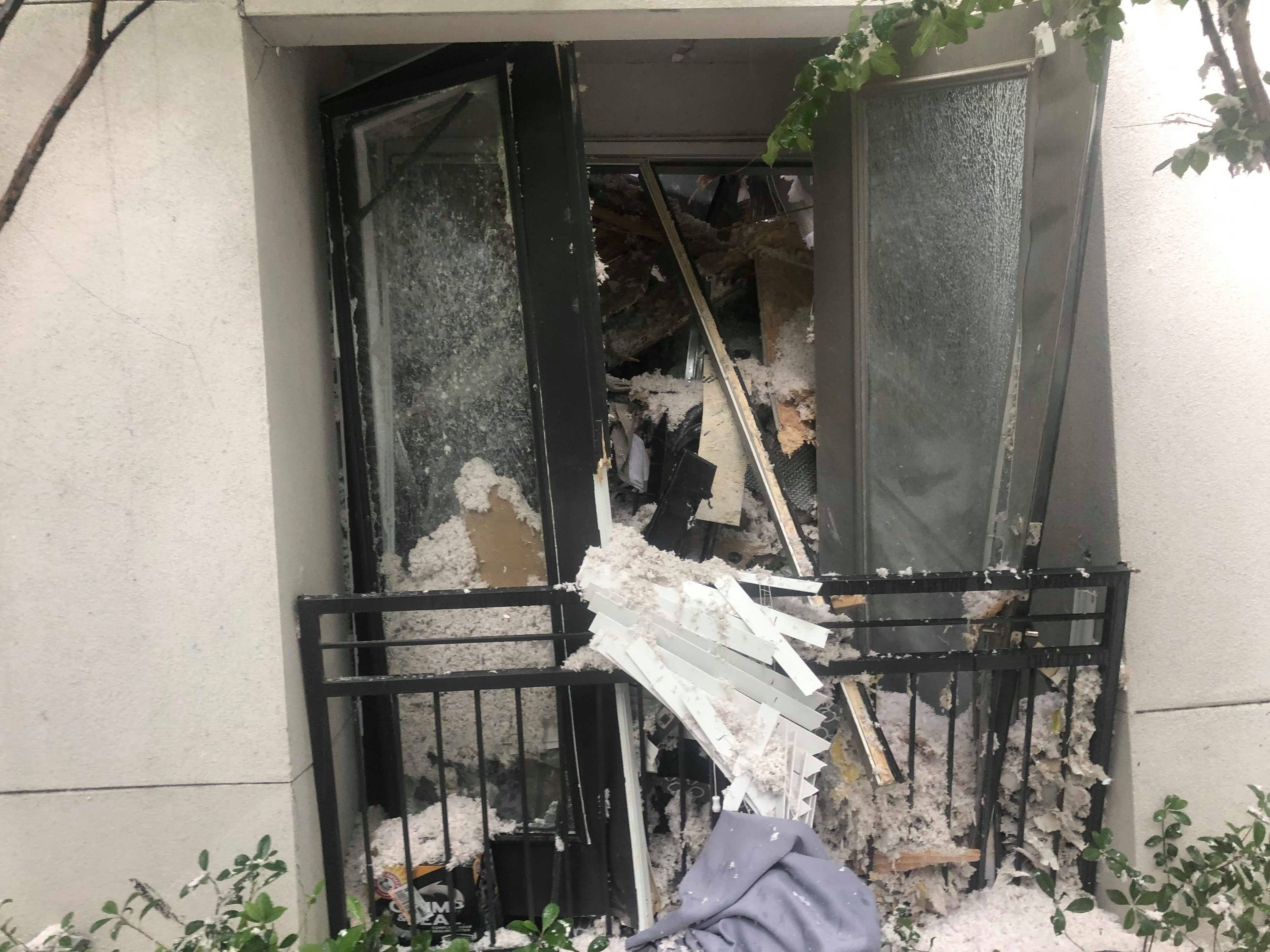 Multiple videos of the crane collapse show the crane rocking back and forth before eventually falling. Several witnesses told CNN they saw the crane falling.

“Woke up poolside to a full-on tornado warning, which hit the construction site next to us and sent debris flying all over downtown Dallas,” tweeted journalist Rory Cashin with a video of debris being blown off a tower in Dallas. “I think I’m ready to come home now…”

“A crane fell over in an apt. complex in downtown dallas from the storm. Hope everyone is okay,” said Melissa Santana on Twitter.

Abbey Kearney lives in the apartment complex with her husband, on the opposite end of the building from where the crane hit, she told CNN Sunday.

“It was like a sunny, beautiful day and people were at the pool,” she said. “And then it just got dark very quickly and the wind picked up something fierce. It got dark and it was over in a matter of seconds.”

Once it got dark, she said she and her husband went out on their patio, which overlooks the complex’s pool. That’s when three umbrellas just shot straight into the air and all the pool furniture went into the pool.

Then Kearney and her husband saw the crane fall.

“It just sliced through the building … like a hot knife through butter. It went from the fifth floor to, from what I can tell, the third floor,” she said.

The crane also fell onto the parking garage, Kearney said, so she and her husband went to go check on their vehicles.

“We just saw cars everywhere. I don’t even know how to describe it. There were cars that were vertical, there was cars from maybe the eighth floor all the way down into the third floor where we park,” she said.

“We don’t quite know if our car is there, we haven’t been able to get into our apartment to see if it’s OK or to see if there’s any damage,” she told CNN.

Severe weather began in Oklahoma and crossed into Dallas

A severe thunderstorm watch was issued at 11:25 a.m. this morning that included the Dallas-Fort Worth area, according to CNN meteorologist Gene Norman. The National Weather Service says that watch is in effect until 10 p.m. CDT.

“This was in response to a Mesoscale Convective Complex, a group of organized thunderstorms which originated in Oklahoma earlier in the morning,” Norman said. “The same system produced localized flash flooding and strong storms with high winds in Oklahoma City during the morning.”

Threats from this system included damaging winds, isolated wind gusts of up to 75 mph and large hail up to 2 inches in diameter.

Norman said the storm crossed the Red River and headed toward Dallas around 1 p.m.

The National Weather Service reported the crane collapse at 2:18 p.m., Norman said. There were also multiple reports of downed trees and ping-pong-sized hail.

More than 227,000 customers in the greater Dallas-Fort Worth area were experiencing power outages after Sunday afternoon’s inclement weather, according to electric company Oncor.

While clear skies are expected in the wake of the system in North Texas, Norman said the same storm complex continues south and will likely impact Austin, Waco and San Antonio through the early evening.