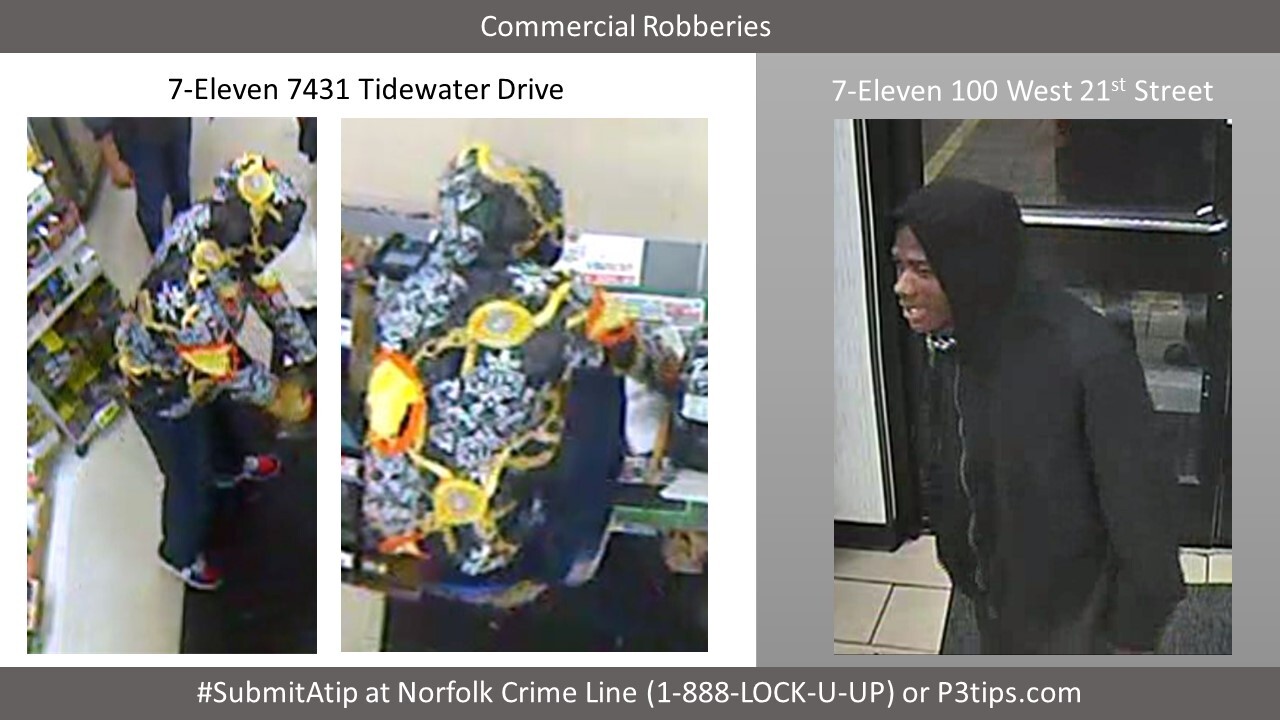 According to police, the first robbery happened around 11:45 p.m. Thursday. A man dressed in a bright yellow, orange, grey and white hooded sweatshirt entered the 7-Eleven on Tidewater Drive armed with a knife and demanded money from the clerk.

The clerk complied, and no injuries were reported.

The second robbery happened around 1:20 a.m. Friday. Two men entered the 7-Eleven located at 100 West 21st Street, implied that they had weapons and demanded money from the clerk.

Both suspects were wearing dark sweatshirts and dark pants.

Police do not believe the suspects are connected in the two separate robberies. If you can help police identify any of the suspects, take action and call the Crime Line at 1-888-LOCK-U-UP or submit a tip using the P3Tips app.