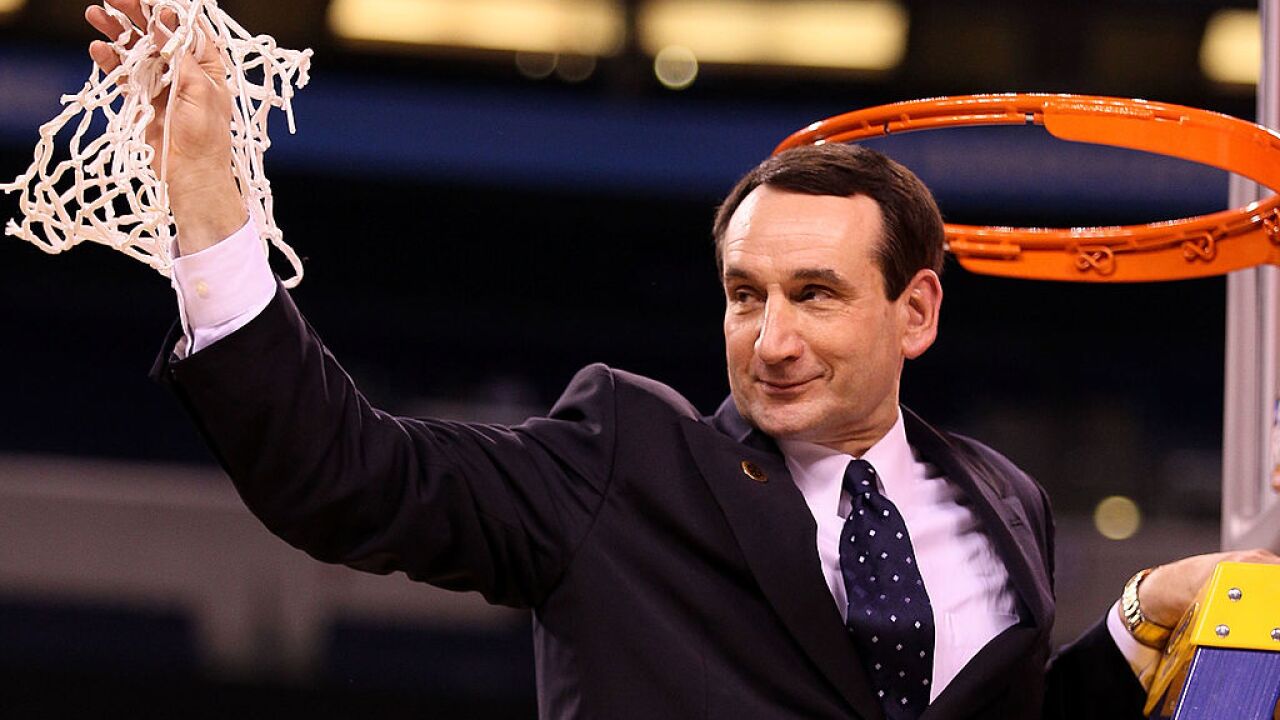 INDIANAPOLIS – APRIL 05: Head coach Mike Krzyzewski of the Duke Blue Devils cuts down a piece of the net following their 61-59 win against the Butler Bulldogs during the 2010 NCAA Division I Men’s Basketball National Championship game at Lucas Oil Stadium on April 5, 2010 in Indianapolis, Indiana. (Photo by Andy Lyons/Getty Images)

DURHAM, N.C. – Duke basketball has run in the blood of the Krzyzewski family since Coach K has been the head of the program. Now, his grandson will join him as part of that legacy.

Michael Savarino, the son of Coach Mike Krzyzewski oldest daughter Debbie, will join the team as a walk-on for the 2019-2020 season, according to ESPN and CBS affiliate WRAL.

Savarino played his prep ball at Durham Academy in Durham, North Carolina, and is listed as a 6-foot guard on Max Preps website.

Duke basketball posted a loving picture on its official Twitter showing the two playing basketball when Savarino, and Coach K, were younger.

We've seen our guy @michael__sav grow up right in front of us! Absolute gym rat will be a great addition to the squad.

The Blue Devils finished the 2018- 2019 season at 32-6 on the year and 14-4 in Atlantic Coast Conference play. Duke’s season ended with a loss to Michigan State in the NCAA Tournament.