Australian police deny waging ‘war on the media,’ but more raids are possible 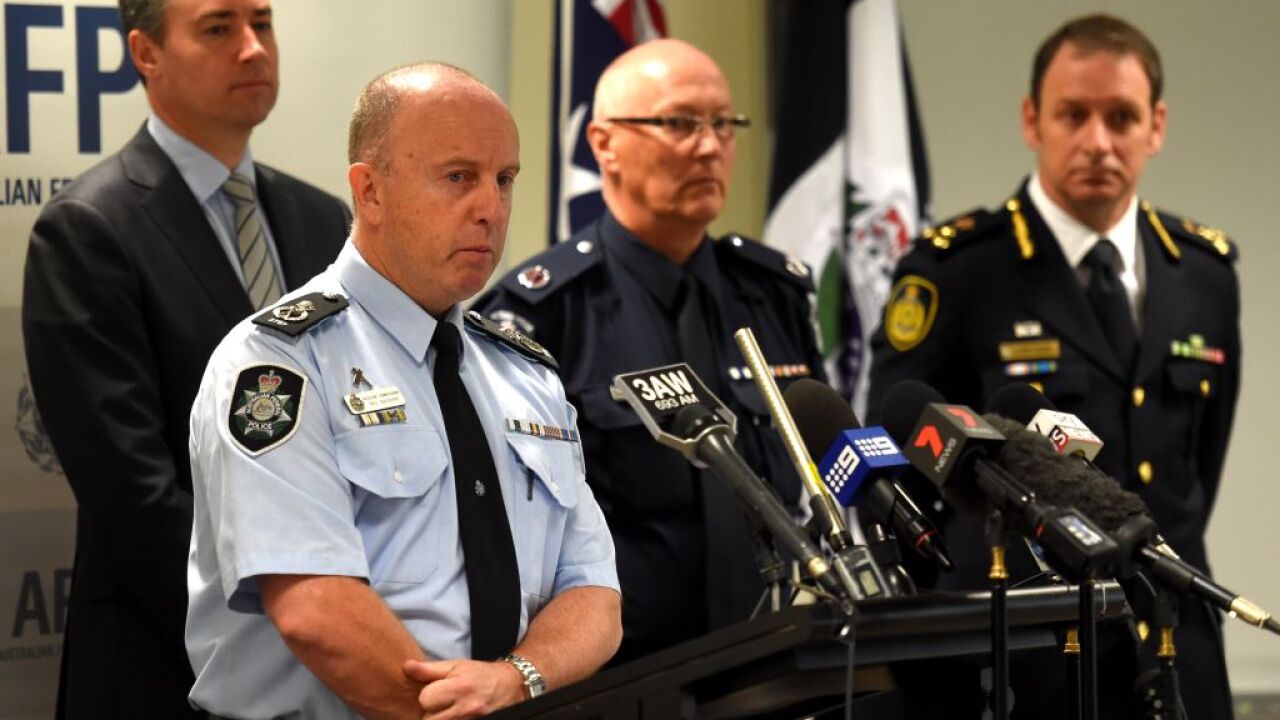 APRIL 5, 2017: MELBOURNE, VIC. (EUROPE AND AUSTRALASIA OUT) Australian Federal Police commissioner Neil Gaughan addresses the media as police display some of the Crystal methamphetamine, known as Ice, seized in Melbourne, Victoria. The 903kg seized, in Nunawading, is the biggest in the nation’s history. The haul is believed to have a street value of around $900 million. (Photo by Nicole Garmston/Newspix/Getty Images)

Australian police have defended raids on the country’s national broadcaster and a prominent journalist, and said more could be coming as they continue an investigation into the alleged publication of state secrets.

The warning came a day after police searched the offices of the Australian Broadcasting Corporation (ABC) in Sydney, acting on what they said was a “referral” from the country’s defense forces over “allegations of publishing classified material.”

“The investigation is complex, it is ongoing, potentially yes, we may do more [searches],” Neil Gaughan, acting commissioner of the Australia Federal Police, told reporters on Thursday. “I’m not going to rule in or rule out anyone being subjected to further charges.”

A similar raid was carried out earlier this week at the home of a journalist in Australia’s capital, Canberra. Australian media and several advocacy groups identified the residence as that of journalist Annika Smethurst.

ABC executive editor John Lyons, who live-tweeted the raid on the network’s offices, called the police’s actions a “war on the media” in a tweet late on Wednesday.

ABC has linked the investigation to a series of stories it published in 2017 called “The Afghan Files,” which revealed allegations of unlawful killings and misconduct by Australian special forces in Afghanistan. The network slammed the raids and vowed to stand by its journalists.

ABC chair Ita Buttrose said she had expressed her “grave concern” about the raids to the Australian government on Thursday.

“An untrammeled media is important to the public discourse and to democracy,” she said in a statement. Australia’s Communications Minister, Paul Fletcher, declined to provide any assurances that the ABC would not face more raids in the future, Buttrose added.

Gaughan said the Australian police strongly support press freedom, but he highlighted the investigation as pertaining to national security information.

“The compromise of such materials can cause exceptionally great damage or serious damage to the national interest,” he added.

The police seized several documents but agreed to seal them for two weeks in order to give the ABC time to appeal the warrant, he added.

The raids on Smethurst were reportedly related to a 2018 article suggesting Australia’s spy agency was looking to broaden its surveillance powers. Smethurst is national politics editor at the Sunday Telegraph and other newspapers owned by News Corp, billionaire Rupert Murdoch’s media conglomerate.

News Corp Australia did not respond to a request for comment, but said in a statement to CNN affiliate SBS on Wednesday that the raid was “outrageous and heavy handed.”

“This raid demonstrates a dangerous act of intimidation towards those committed to telling uncomfortable truths,” a spokesperson said.

Gaughan rejected those accusations, saying the media “plays an important role in today’s society in keeping this community informed.”

“I reject the claim over the last few days that we are trying to intimidate journalists or conduct a campaign against media,” he added.

Morrison said the country “believes strongly in the freedom of the press,” in comments posted on his official website.

“There are also clear rules protecting Australia’s national security and everybody should operate in accordance with all of those laws,” Morrison added.

The raids have sparked outrage from journalists and watchdog groups.

“They appear calculated to intimidate would-be whistleblowers from coming forward in the public interest, and prevent journalists from doing their jobs,” the National Press Club of Australia said.

National broadcasters elsewhere have also expressed concern. The BBC described the raid on ABC as “a deeply troubling” attack on press freedom.