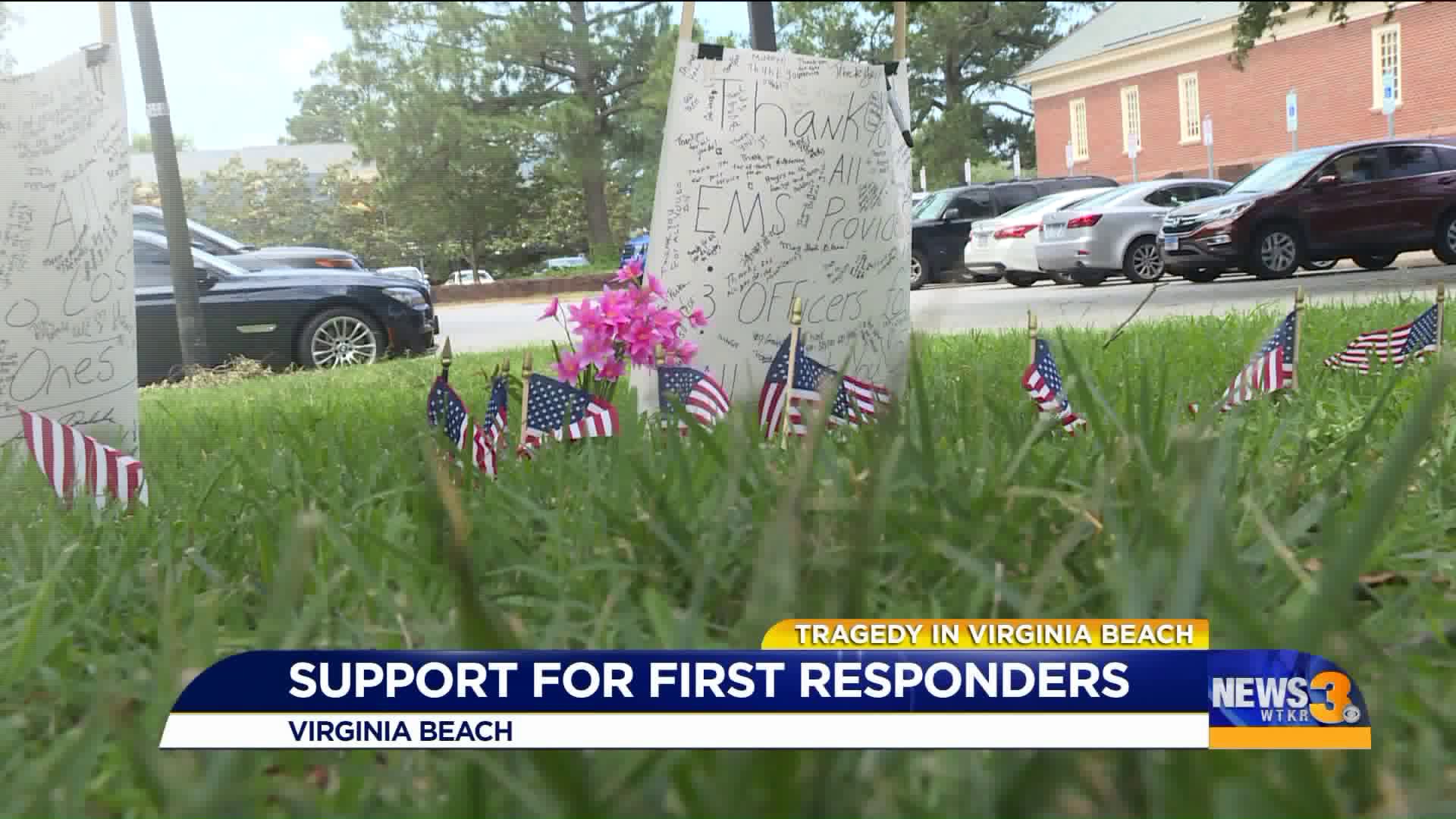 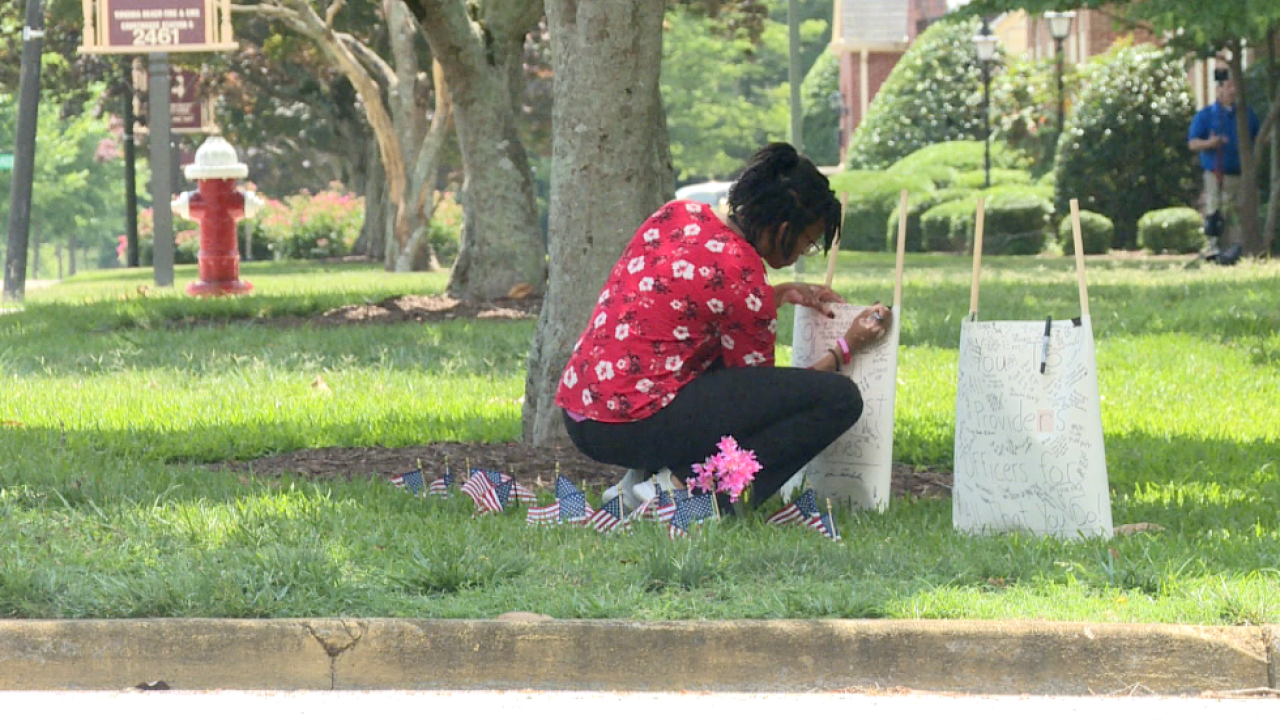 VIRGINIA BEACH, Va. - As the memorial for last Friday’s victims grows at the Virginia Beach Municipal Center, in the corner sits two signs full of messages.

“This is my message. You all saved so many, take care of yourselves. From, Tiyra.”

Tiyra McLaughlin is just one of dozens of people who filled the signs with messages for first responders following that tragic shooting.

Some read "Praying for all affected," "Pray for VB," and "God is healing us all." There’s even one in another language.

Along with leaving messages at the municipal center, businesses are also getting involved. Sage Kitchen at Anderson’s is offering free meals to first responders and city employees until Friday.

They began dishing out the meals soon immediately after the shooting.

Owner Jason Blanchette said they’ve “had some public works people come in and pull me aside and say, 'This is the first time I’ve seen my employees smile in like a week.'"

Earlier this week, some law enforcement officers were not able make it into the restaurant, so staff packaged meals and went to the municipal center.

“They are working tirelessly, trying to make sense of everything that’s happened,” Blanchette said.

What happened in Building 2 is something that hits close to home for Blanchette. He knew some of the victims killed in the massacre.

“So, certainly it hits very close to home for us,” Blanchette said.

Though we’ll never forgot the tragic moments of last Friday, many hope we continue to shine a light on those risk their lives each day.

Sage Kitchen will offer the free meals until Friday. They have already served roughly 500 city employees.