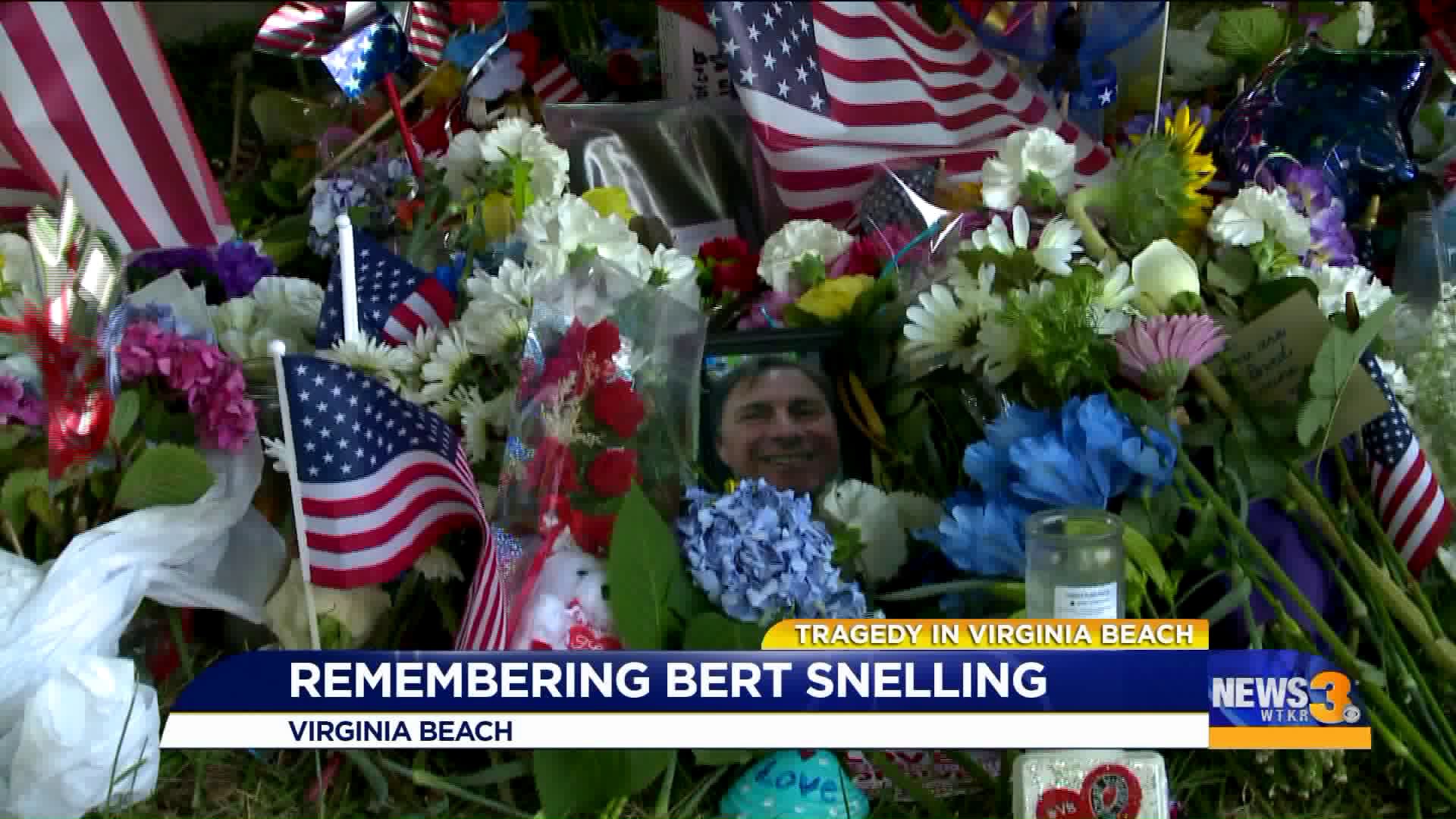 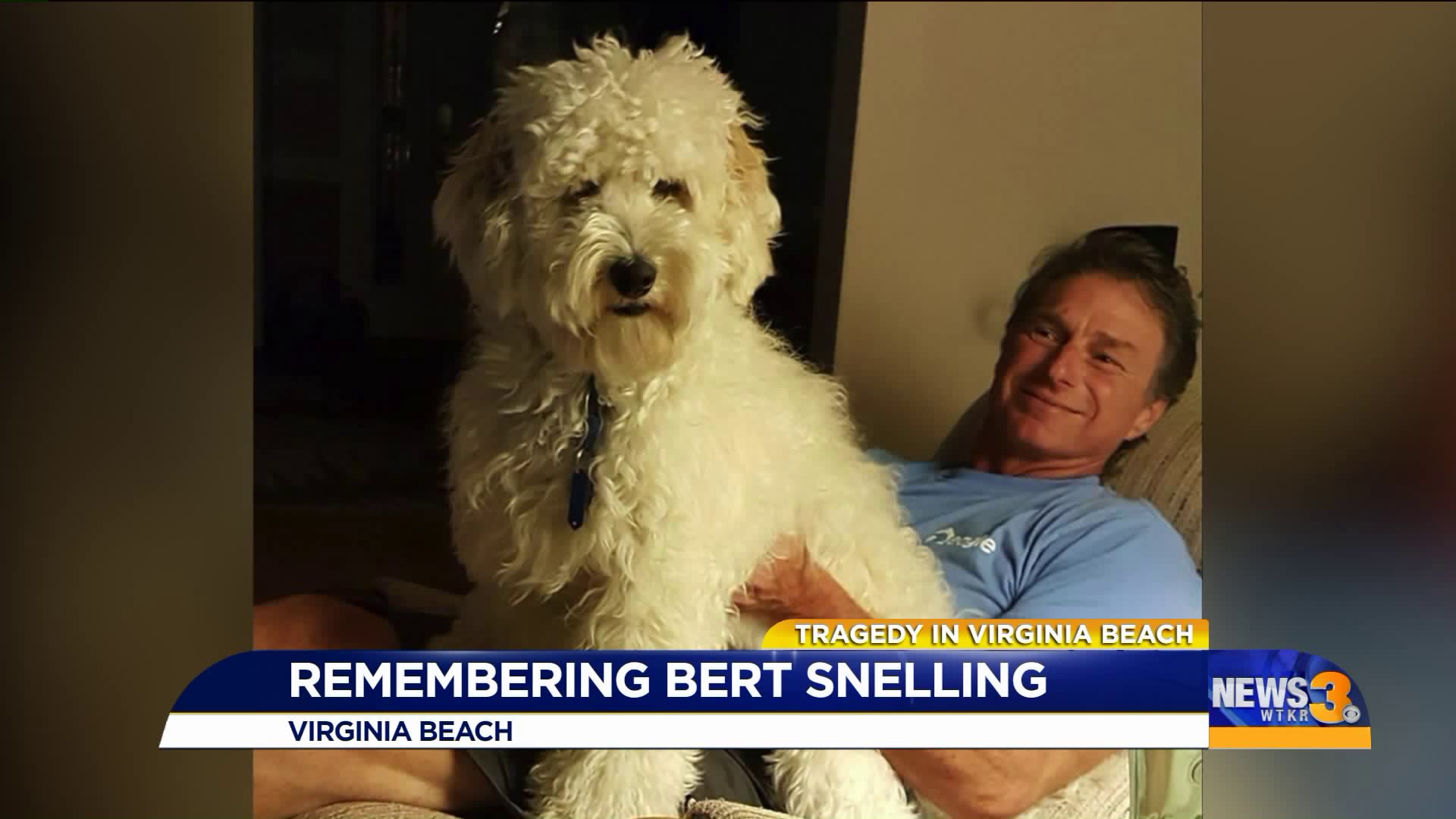 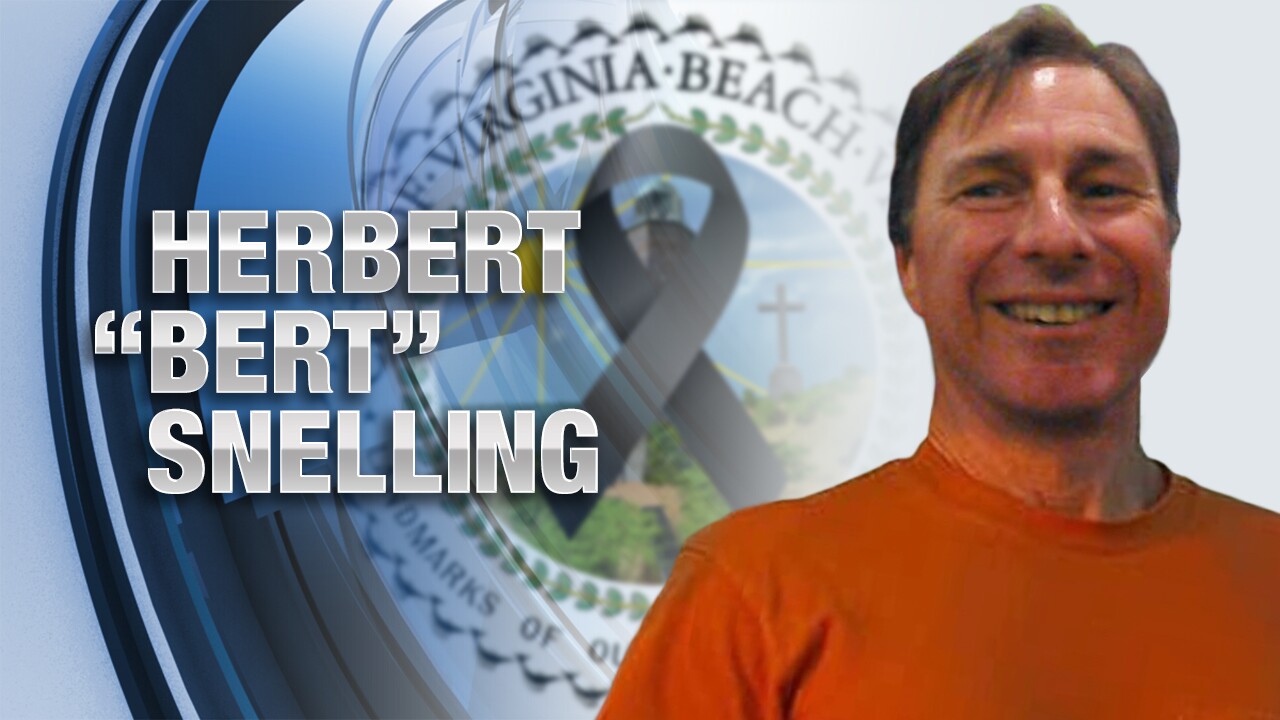 VIRGINIA BEACH, Va. - Herbert "Bert" Snelling was a project manager who was doing paperwork at the time of the Virginia Beach Municipal Center shooting.

"He started off as a carpenter that did work at (my) house, and then he became a friend. We socialized," Dyer said.

Bert Snelling’s boss, Joey Wood, said he was a project manager for Eagle Construction. He said Snelling was in the wrong place at the wrong time.

Wood said Snelling went to the municipal building to deal with paperwork, which is a regular task for his job.

“He’s a wonderful person and we'll miss him a whole bunch,” said Wood.

Orange bows can be seen on homes throughout the Ashville Park neighborhood to honor Snelling.

Wood said Bert’s role was to help build houses from the ground up all the way until they were finished and to make sure the homeowners were happy.

“Bert’s been involved on some level with most of the homes that Eagle built here in Ashville Park,” said Bridget Lafleur, an Eagle Design Consultant.

He said Bert was hired as a warranty tech by Eagle Construction three years ago and moved his way up.

“He helped so many people build their dream homes and became like family to those homeowners,” said Lafleur.

Homeowners like Courtney Morrill, who said Bert became a close friend of hers. She said he was constantly helping people in the neighborhood and would give anyone the shirt off his back.

“He didn’t really have anything negative to say about anyone on this earth,” said Morrill.

Friends describe him as talented, humble, generous, real and said he genuinely cared about everyone around him, especially the people he loved most: His family.

“He talked about them every single day. He loves God,” said Lafleur.

“He loved his wife like no other. He talked about her all day in conversation, and he thought the world of her. He adored his children and his grandchildren and his parents and his family and his neighborhood,” said Morrill. “Bert was an amazing man - extremely loving and friendly and kind. He was a very happy person, and he truly loved life.”

His coworkers are in shock about what happened.

“You go to work - just like we all do - and something like this happens,” said Wood. "Nobody would ever think of this."

Now, they continue to mourn.

“There are no words anybody could really say,” said Wood.

“He certainly built a ton of relationships and a ton of homes along the way,” said Lafleur. " I feel very blessed to have gotten to know the amazing human that Bert was. To know Bert was to love Bert, and I haven’t talk to a single person who didn’t feel that way.”

“He will be deeply missed by his community, by our community, and all over,” said Morrill.

The orange bows hanging in the neighborhood are for the color of Eagle Construction and anti-gun violence, but Morrill said they are not a political statement about guns; they're just an anti-violence statement.

News 3 also spoke to Stephen Lentz, pastor of the Virginia Beach campus of Crosswalk Church, who said Snelling was the head of the security team at the church.

"We went through some training with the police department and did what we could to bring ourselves up to speed to know anything we needed, as a church, to protect our people as much as possible," said Lentz.

He said Snelling and his wife Sonja had a summer of fun planned and just celebrated 38 years of marriage. Lentz said he and his wife are trying to surround her with love and support and remind her that Bert is in heaven - never suffering, never truly dead.

Lentz said Bert was a dedicated worker, and that's why he was working late on a Friday.

"Most people would’ve said, 'I’ll get to that on Monday,' but he went back at 4 o’clock to make sure he got that permit, and that’s who he was," said Lentz.

To share your memories of Bert Snelling, email us at takingaction@wtkr.com.