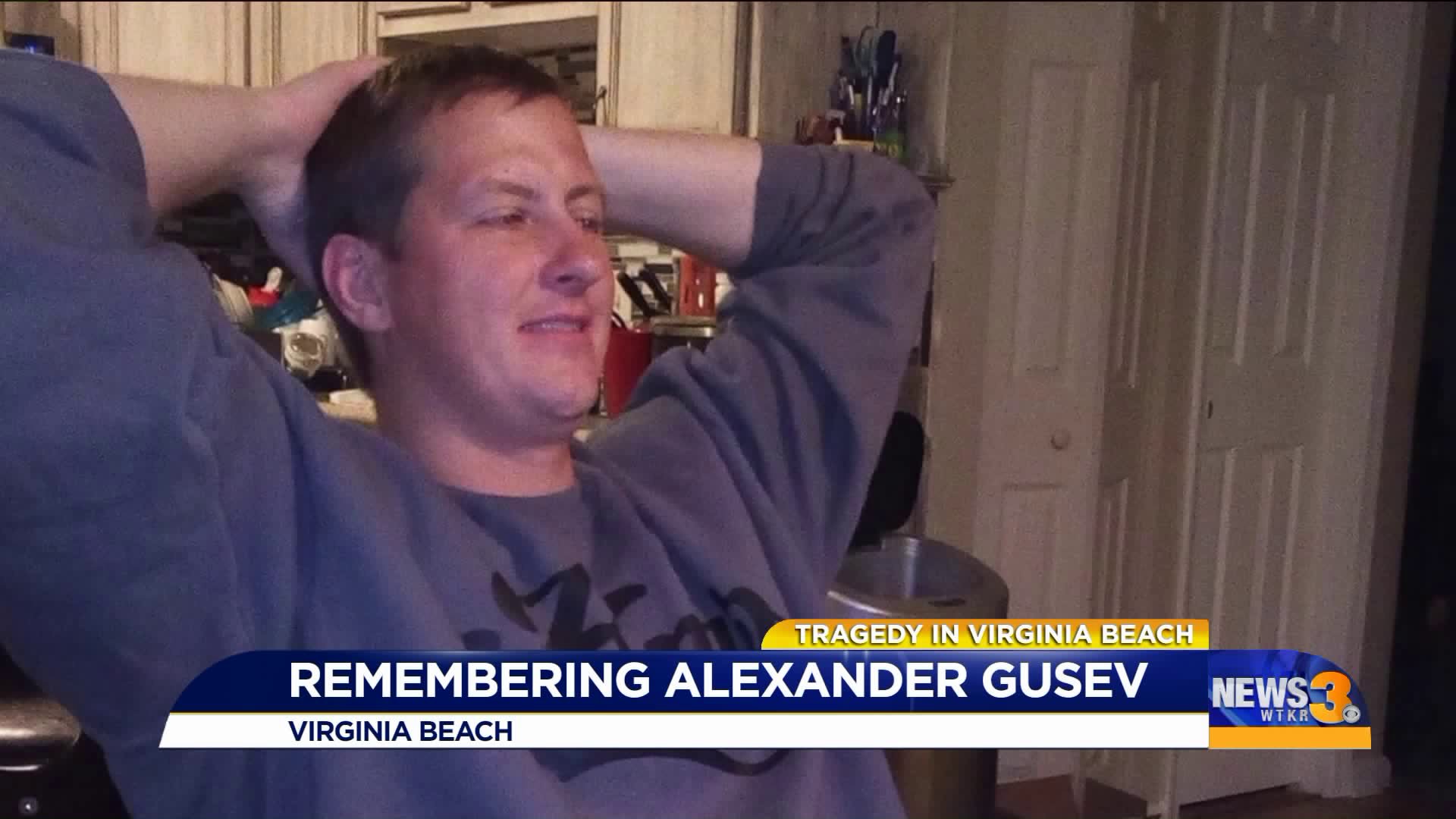 VIRGINIA BEACH, Va. - 35-year-old Alexander Mikhail Gusev emigrated to the United States from Belarus in 2003 for a better chance at life.

Aspirations, dreams and goals for more opportunity - shattered in a split second on Friday, May 31.

"It was difficult. I saw his face on the news Sunday; could not believe it," said Bryan James, a friend Gusev met at Old Dominion University.

Gusev graduated from Tidewater Community College with an Associate of Science in Engineering in May 2014. In 2016, he graduated from ODU with an engineering degree. James and Gusev met in a public speaking course.

"He just had a way of bringing joy to your life. He was so good-natured, always went above and beyond for his friends and just people in general," explained James.

The Right of Way agent for the city who had a love for soccer had worked for the public works department for nine years.

"He was working hard to improve his life. We both used to talk about wanting to start a family and finding the right woman, settling down and having kids," said James.

James said he last spoke to Gusev in 2016 and hoped to catch up with him soon -  a phone call that unfortunately was never made.

"I thought about calling him a couple weeks ago, and something came up like it always does. I got busy and I didn't," James told News 3.

Gusev's coworker Drew Lankford said his twin brother, also named Alex, and his mother just came over to America and are unable to process the devastating news.

"They are brokenhearted. They are struggling; they just don't understand," said Lankford.

TCC said Gusev is survived by his twin brother Alexi and his mother, both of whom live in Virginia Beach, along with his father, who is in Belarus.

To share your memories of Alexander Mikhail Gusev, email us at takingaction@wtkr.com.