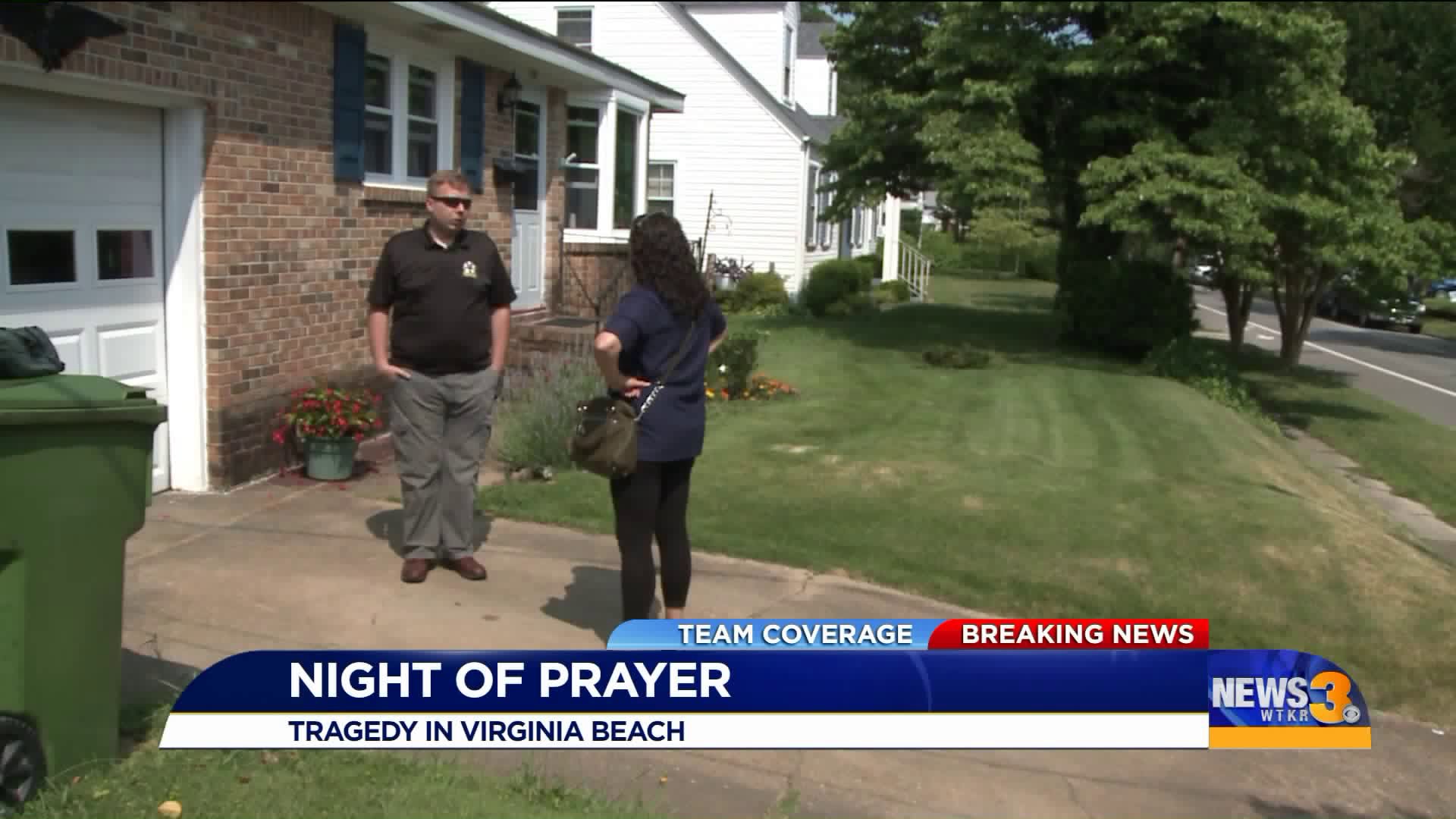 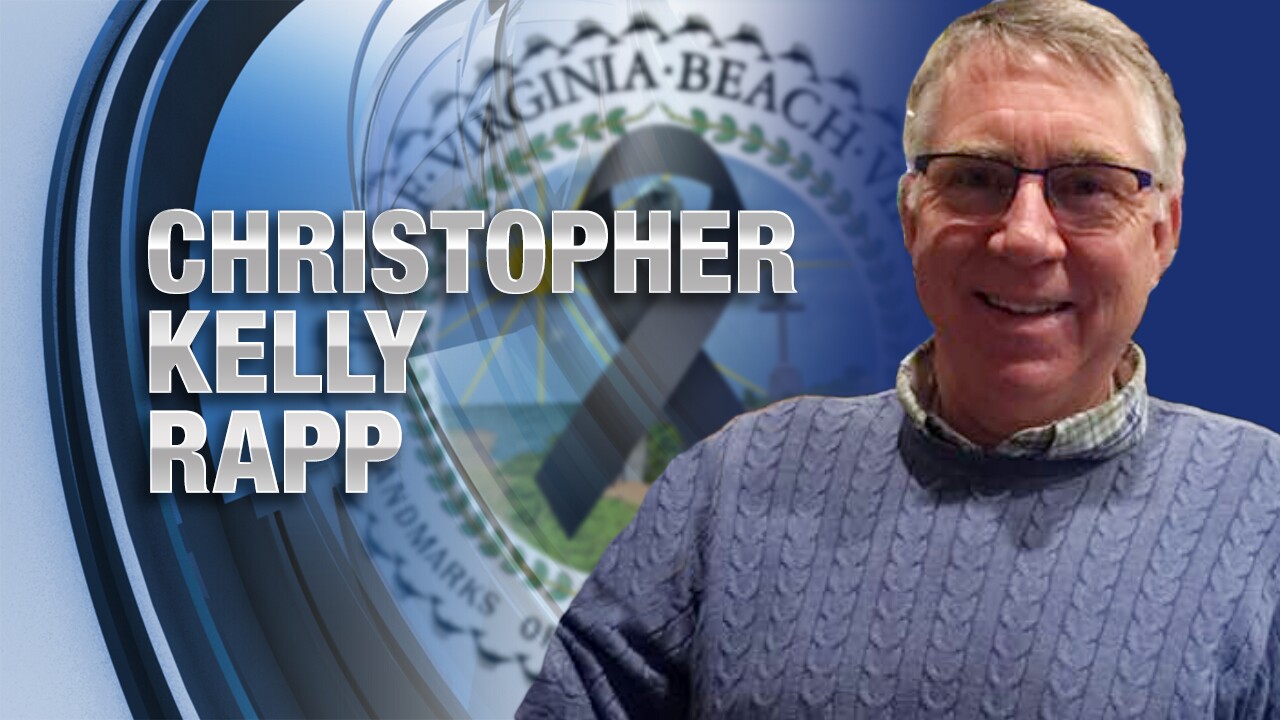 VIRGINIA BEACH, Va. - Pain and shock has spread throughout our region as the country is dealing with yet another mass shooting.

News 3 met up with a friend of Chris Rapp, one of the 12 victims who were killed in yesterday's mass shooting.

Chris Rapp was one of the employees who went to work yesterday and didn’t make it home. He had been working for the city for 11 months.

Pearcy said that yesterday, he was frantically trying to get a hold of Rapp after the shooting, but he was unable to reach him.

Pearcy says Rapp had moved to the region within the last year.

"Chris came to Tidewater last Fall but already had experience playing the bagpipes with our friends in Greater Richmond Pipes & Drums, so he jumped right into the band circle and started contributing immediately. He played with us at the Central Virginia Celtic Festival and Highland Games last October and marched with us as recently as St. Patrick's Day," Pearcy explained.

From Richmond, Rapp went to Stafford but set aside his pipes because he had greater responsibilities and didn’t have time to practice. When Rapp came to Virginia Beach he wanted to resume playing the bagpipes and piano and because it was something he was passionate about.

"Chris was reserved but very friendly, quietly engaging members one-on-one after our weekly practices. Even though we didn't have time to get to know him better, we shared a love for music that created an immediate bond. More importantly, he showed up and worked hard, which is all you can ask for in group of amateur musicians," said Pearcy.

Music was something Rapp didn't just enjoy but it always set a smile on his face.

“If you’ve been in it, for just a short time or forever, once you join a pipe band you’re in it for life. It really is a fraternity,” said Pearcy. “He always had a smile on his face. He never complained about anything...never took anything personally.”

Susan Rager contacted News 3 and said Rapp was was one of the nicest guys she has ever known. She went on to share, "We worked next to each other in The Waterside in Norfolk and we became best friends. We dated for the summer of 1983. We just loved to talk and take long walks. He helped me through so much that year. I lost touch with him when I came to Richmond in 1985, never realizing he lived so close to me. It would have been so nice to talk to him again and meet his wife. I often thought of him and wondered what he was up to in his life, wishing him the best. I feel so sad he was taken in such a brutal way. I am sure he is watching over all of family and friends! I will miss you Chris!"

Chris leaves behind his wife Bessie and his parents Mike and Patty Rapp.

To share your memories of Chris Rapp, email us at takingaction@wtkr.com. 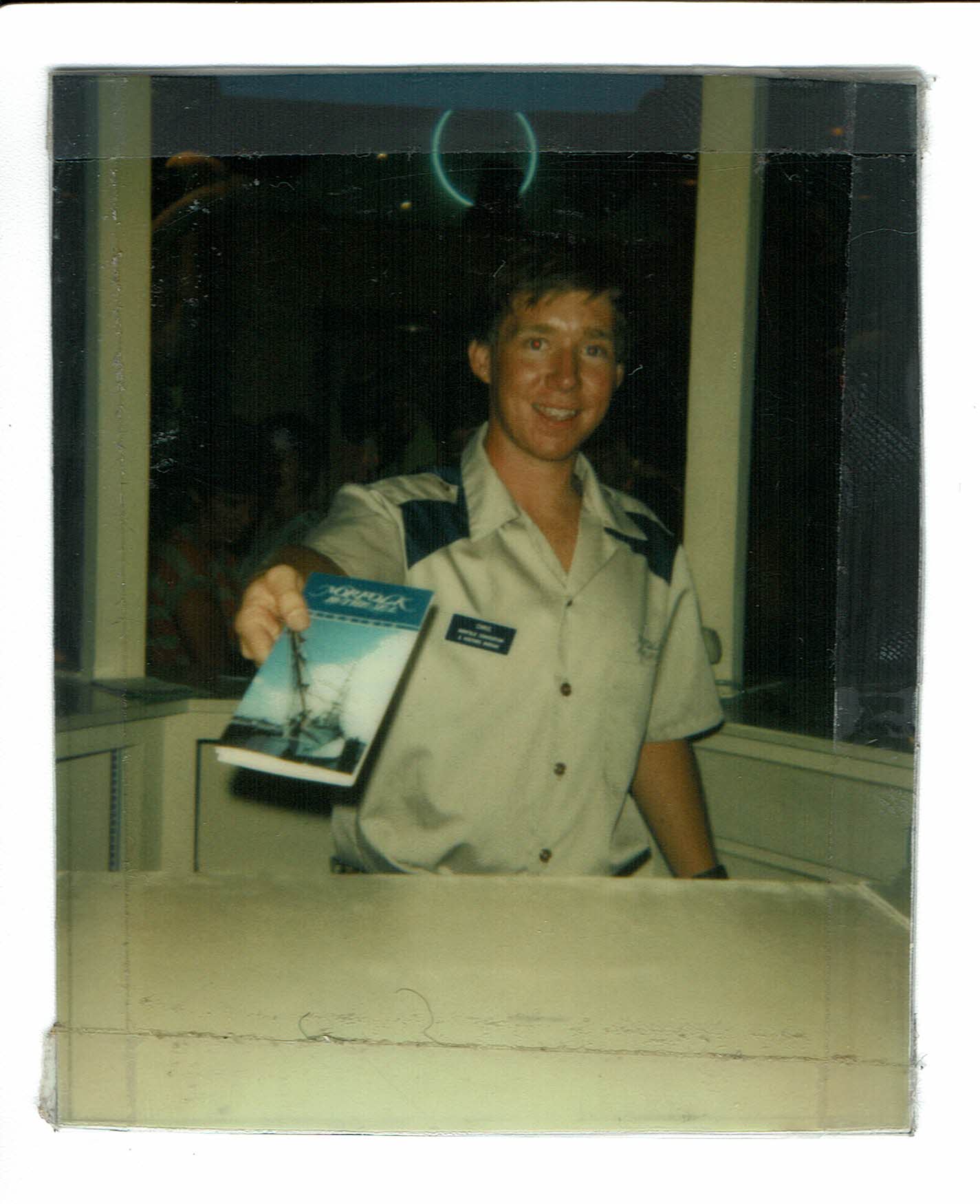