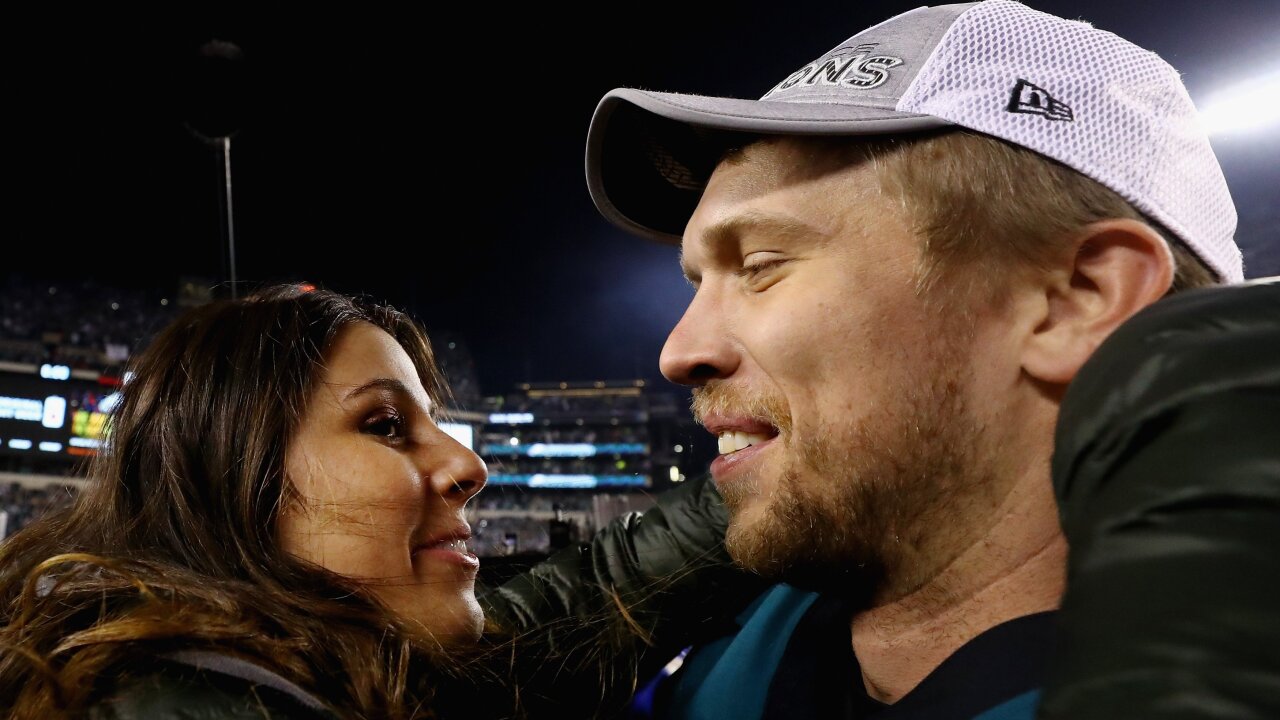 In a heartfelt post on social media Wednesday, Tori Foles said it happened after she suffered from pneumonia.

“Early Sunday morning after a rough couple days fighting a ‘virus’ of some sort, I went into sudden labor and knew something was wrong. Not long after we learned we had miscarried our baby boy,” she posted on Instagram.

“To fully labor and deliver and even see our baby boy was a pretty devastating process. Come to find that I had contracted an infection of pneumonia in the blood. The emotions go back and forth from immense and overwhelming sadness, confusion and anger to a firm belief that God has this fully in his hands and will use this for good.”

The family is back home from the hospital and is recovering physically and emotionally from the loss, she added.

“We have so much compassion and sensitivity to those who have gone through a miscarriage at any point and in any circumstance,” she said.

Foles shared his wife’s message with fans after the announcement.

“Tori has written a beautiful heartfelt post explaining what we have gone through this last week. We are grateful for all the love, support and prayers,” he tweeted.

Foles had been absent from the Jaguars’ off-season training session on Tuesday for personal reasons, head coach Doug Marrone said.

“Our thoughts and prayers are with Nick and his family,” Marrone told reporters. “He knows, like anything else, that we’re here for him.”

Foles joined the Jaguars this year. He previously played for the Philadelphia Eagles, and helped lead them to their first Super Bowl win last year. He was named Super Bowl MVP after completing 28 of 43 passes for 373 yards and three touchdowns during that game.

After the Super Bowl win, Foles said accepting the award with his wife and daughter, Lily, was the highlight of the celebration.

“We’re Super Bowl champs, but time does stop when you look in your daughter’s eyes and you get to celebrate this moment,” he said.