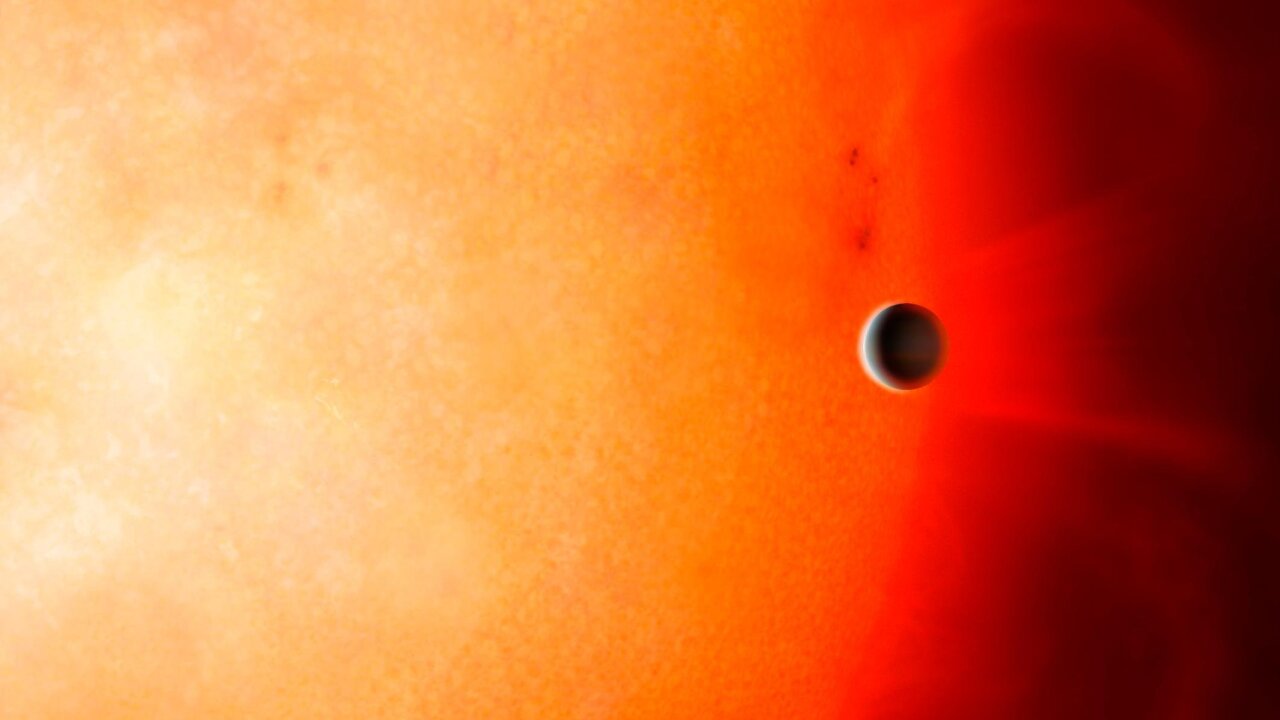 This is an artist’s illustration of NGTS-4b, also known to astronomers as “The Forbidden Planet”

Astronomers have found an exoplanet so rare that they have deemed it “The Forbidden Planet,” according to a new study.

Technically known as NGTS-4b, the planet is three times the size of Earth and 20% smaller than Neptune. It’s also hotter than Mercury with a temperature of 1,832 degrees Fahrenheit. And the planet has its own atmosphere.

Its mass is 20 Earth masses and it whips around its star in a full orbit every 1.3 days. A study detailing the planet published Monday in the journal Monthly Notices of the Royal Astronomical Society.

The announcement comes on the heels of last week’s discovery of 18 Earth-sized exoplanets.

It’s the first exoplanet like this to be found in the Neptunian Desert. To be clear, this isn’t a barren region on the gaseous planet of Neptune. Instead, it’s a region close to stars where Neptune-sized planets can’t be found.

Here, planets are blasted with radiation from stars, so the planets can’t maintain their gaseous atmosphere. They evaporate and only a rocky core is left behind.

But NGTS-4b still has its gaseous atmosphere.

Astronomers believe that either the planet moved into this region within the last million years, or the planet itself was once bigger and the atmosphere is in the process of evaporating.

“This planet must be tough – it is right in the zone where we expected Neptune-sized planets could not survive,”said Richard West in a statement, study author and principal research fellow from the University of Warwick’s department of physics. “It is truly remarkable that we found a transiting planet via a star dimming by less than 0.2% – this has never been done before by telescopes on the ground, and it was great to find after working on this project for a year.”

This has sparked a new search for more planets and missions like NASA’s planet-hunter TESS could further explore the region.

“We are now scouring out data to see if we can see any more planets in the Neptune Desert,” West said. “Perhaps the desert is greener than was once thought.”