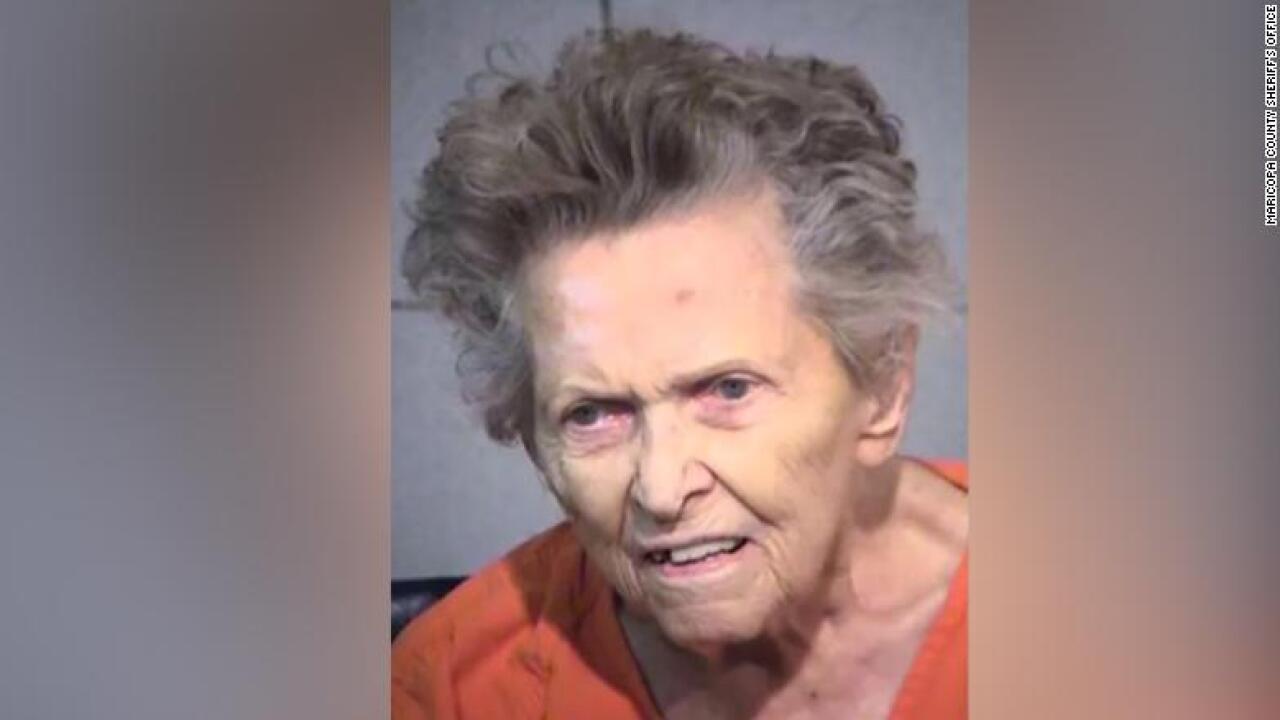 Anna Mae Blessing was arrested on July 2, 2018, for the shooting death of her 72-year-old son Thomas Blessing at their home in Fountain Hills.

Blessing told detectives she was upset about her son’s plans to put her in an assisted living facility. Blessing also said she was angry with how her son and his girlfriend, who also lived at the home, were treating her. She claims they were mean and did not care for her.

When the couple got home from a vacation and ignored Blessing, she told Maricopa County Sheriff’s Office deputies she walked into their bedroom with two concealed pistols in her robe pockets.

The grandmother said she got in an argument with her son and pulled out a revolver. “I can’t remember the caliber, it was a good size one,” she told a detective after being arrested.

Blessing said she did not remember why she removed the gun, but she said as Thomas lunged, she fired multiple rounds, killing her only son.

“Where did it hit him?” asked the MCSO detective.

“I have no idea, but I do know I killed him,” explained Blessing. “I bent over and took his pulse, and there was no pulse. So I knew I killed him.”

After she shot Thomas, she then admitted to pointing the gun at her son’s girlfriend. The two struggled over the weapon before the girlfriend knocked the revolver away.

The girlfriend, Julie, can be heard screaming at the dispatcher for help in newly released 911 calls.

Julie later told police how she was able to disarm Blessing. “I got that gun away from her. It was a brown gun and I believe I threw it,” said Julie.

“She got in her pocket and she pulled out another gun … I grabbed onto her and I was yelling, ‘Stop Ann! Stop.’ She’s strong for 92, let me tell you. And when I knocked her down, she took the gun and she put it in my side. Then she pulled it up again.”

Blessing had a second pistol but never used it.

“Then I went to my bed and sat in the chair and waited for police to come,” said Blessing.

She also explained her motive. “I didn’t want to go to a nursing home and he would promise me I never would have to.”

The 92-year-old was of sharp mind, correcting the detective at some points, but she was also clearly elderly.

“Right now I’m so damn tired, I don’t know,” said Blessing, who also had a Life Alert necklace and hearing aids on at the time of her arrest.

“When you reached down and felt that he didn’t have a pulse, how did you feel?” asked the detective.

“I didn’t have much of a feel I guess,” she replied.

“How do you feel right now about what happened?”

“I wish I had stayed in Florida,” said Blessing

Blessing did not appear remorseful throughout the lengthy interview.

When asked if she felt bad about pointing the gun at Julie — who she said she was close friends with weeks prior — she responded, “Yeah kind of. But she’s part of the trying to get me put in a nursing home too … so I don’t know that I do feel that bad.”

Blessing ultimately told the detective, “I probably ought to be put to sleep.”

“What can I do for society?” she asked out loud, “I killed my son. The person I brought into this world.”

Blessing died in jail hospice on January 25, 2019. She was set to stand trial for the murder weeks later in March.

Her only granddaughter told KNXV after the arrest that she thought Blessing should be released from jail where she could have her dignity back.