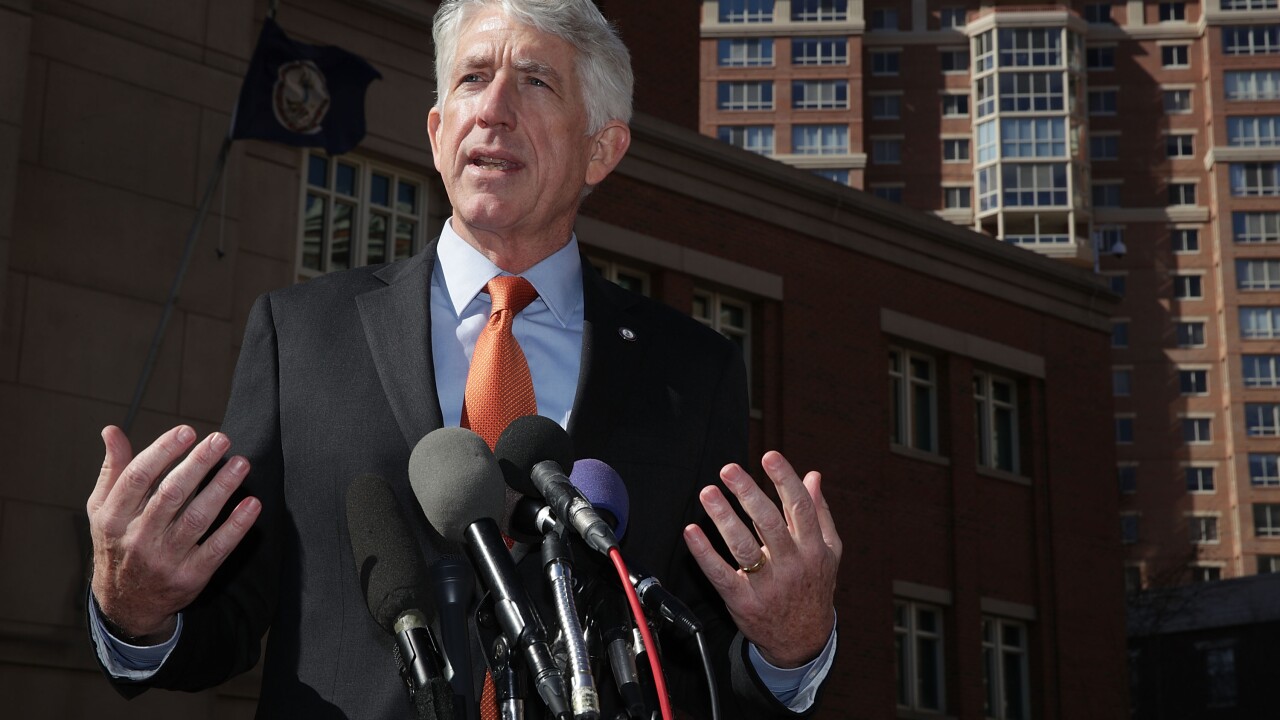 ALEXANDRIA, VA – FEBRUARY 10: Virginia Attorney General Mark Herring speaks to members of the media after a hearing February 10, 2017 in front of a U.S. District Court in Alexandria, Virginia. Attorney General Herring attended the hearing for a request he filed to block the travel ban executive order issued by President Donald Trump. (Photo by Alex Wong/Getty Images)

Virginia Attorney General Mark Herring joined Attorneys General from across the country asking the Department of Education to automatically forgive the student loan debt of disabled military veterans. Veterans who are totally and permanently disabled as a result of their military service are eligible for debt forgiveness, but Herring says the process is too complicated.

“The last thing these brave men and women should have to worry about is dealing with a bunch of bureaucratic red tape. This is something they’re entitled to and a staggering number of veterans ended up defaulting on their student loans” Herring told News 3 in an interview.

According to Herring, more than 42,000 veterans are eligible for student loan debt relief, but fewer than 9000 have applied while more than 25,000 have student loans in default as of one year ago.

The Department of Education responded to the letter from the Attorneys General, saying automatic discharge could cause problems for veterans. The Department told Reuters “discharges might boost their tax bills or make it harder to borrow for education later.”

Fifty-two Attorneys General from states and territories wrote the letter in a bipartisan effort to call for automatic debt forgiveness.