Army asked soldiers for their service stories, replies were painful to read 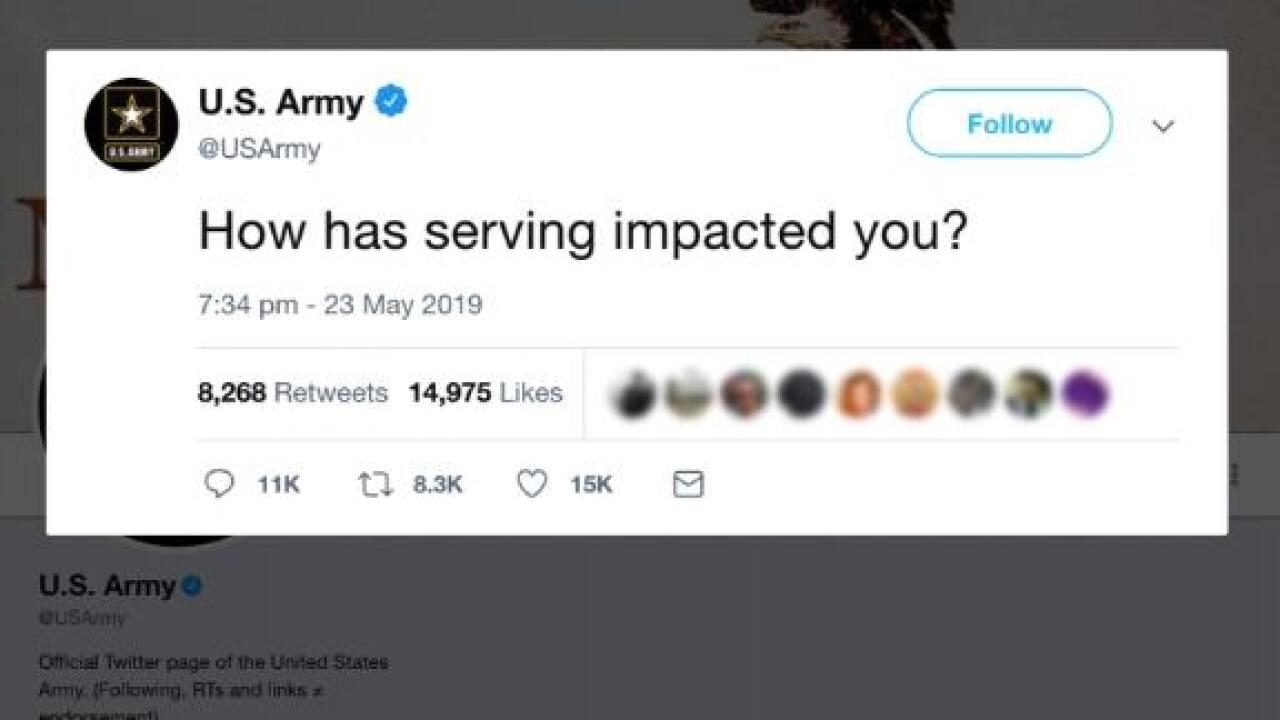 “How has serving impacted you?” the US Army asked on its Twitter account days before Memorial Day.

What came next was unexpected and heartbreaking. The tweet prompted a slew of gut-wrenching replies from veterans and their family members, including accounts of living with post-traumatic stress disorder and stories of suicide.

One such response came from college professor Lacy M. Johnson.

“My cousin committed suicide while on duty at the armory after coming home from a tour abroad,” Johnson said. She later tweeted that she did not want to speak to journalists about family’s experience.

Kristen L. Rouse, founding director of the NYC Veterans Alliance, told CNN Monday the tweets showed that veterans haven’t been and need to be heard.

“We are going on 18 years of war, continuous war in multiple countries, the cost of these wars has been born by our military, by our veterans community, by their families who often feel invisible and ignored,” said Rouse, who served more than 23 years and has been on three tours in Afghanistan.

“We also heard on this Twitter thread from individuals or whose families served well prior to 9/11. It shows that our veterans and military community really needs to be heard.”

There are about 20 million veterans in the US, and fewer than half receive Veterans Affairs benefits or services, according to the Department of Veterans Affairs. About 30% of these veterans served during the Vietnam War, 12% in the Gulf War and 11% to 20% in Operations Iraqi Freedom and Enduring Freedom, the VA says.

“We can’t talk enough about it, it’s wonderful that this is getting attention, that this struck a chord with people, to see the individual stories,” Rouse said.

The Army responded to its own thread Saturday.

“To everyone who responded to this thread, thank you for sharing your story. Your stories are real, they matter, and they may help others in similar situations. The Army is committed to the health, safety, and well-being of our Soldiers,” one tweet read.

“As we honor those who paid the ultimate sacrifice this weekend by remembering their service, we are also mindful of the fact that we have to take care of those who came back home with scars we can’t see,” a second tweet read.

Lindsay Rodman, spokeswoman for the Iraq and Afghanistan Veterans of America, told CNN Monday there’s still so much that can be done for veterans.

“We currently see a lot of people with mental health struggles who reach out to us,” said Rodman, who is a Marine veteran.

Rodman said not every veteran is being reached by the VA with reasons varying from a lack of outreach, to some vets not qualifying for such benefits.

There are resources for veterans, including the Veterans Crisis Line at 1-800-273-8255 (select option 1) and veteranscrisisline.net.

“It’s essential,” Rodman said. “It is the immediate place to go if someone themselves are in crisis or if you know someone in crisis.”