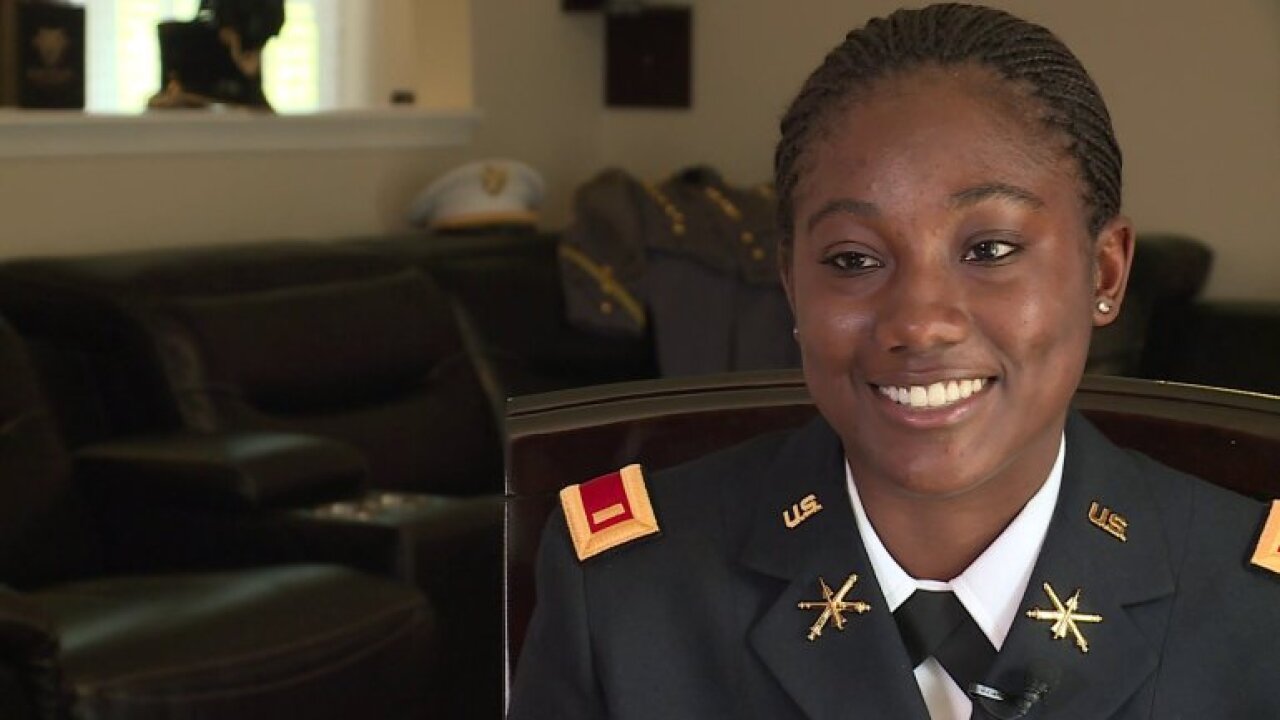 "This was the first day I showed up at West Point. Very nerve-wracking," Purnell told CBS 6 in Richmond.

"Feels good, she did it," Gabby's mom Elizabeth Varick said.

"It's not any magic. It's not anything else, it's just... she tries very hard," Gabby's dad, Donald Purnell, said.

Her picture is now on the front and back of t-shirts worn by her younger sisters, who are celebrating the fact that Gabby made history.

"I was crying in a picture," Gabby's sister Zoe Purnell said.

Gabby is one of 34 black women to graduate from West Point, which is a school record.

Related: West Point is about to graduate its largest class of black women

"When I saw them, knowing they're African American women just like me, one day I can be in their shoes," Zoe said.

"I think what we did was monumental for the school," Gabby said, adding that the experience was far from easy.

"You go into a class of around 20 cadets, and you're not only the only female, but you're the only black person in that class as well," Gabby said.

But she was able to teach her classmates about her family's journey: their American experience.

"My grandmother was an African American during Jim Crow times, just hearing some of the stories she went through..." Gabby said before trailing off. "My grandmother had the opportunity to come to my graduation, so she was extremely proud."

All proud, blessed and humbled by Gabby's achievement.

One that Gabby knows she could not have done alone without the support of her family, and most importantly her role model: her mom.

"The values that she instilled in me, the motivation she gives me, and the love and support, I wouldn't be the person I am today without my mom, so I thank you mom," Gabby said.

Gabby will first work as the Director of Operations for West Point's cheerleading team and will ultimately be an Air Defense Artillery Officer in Germany.