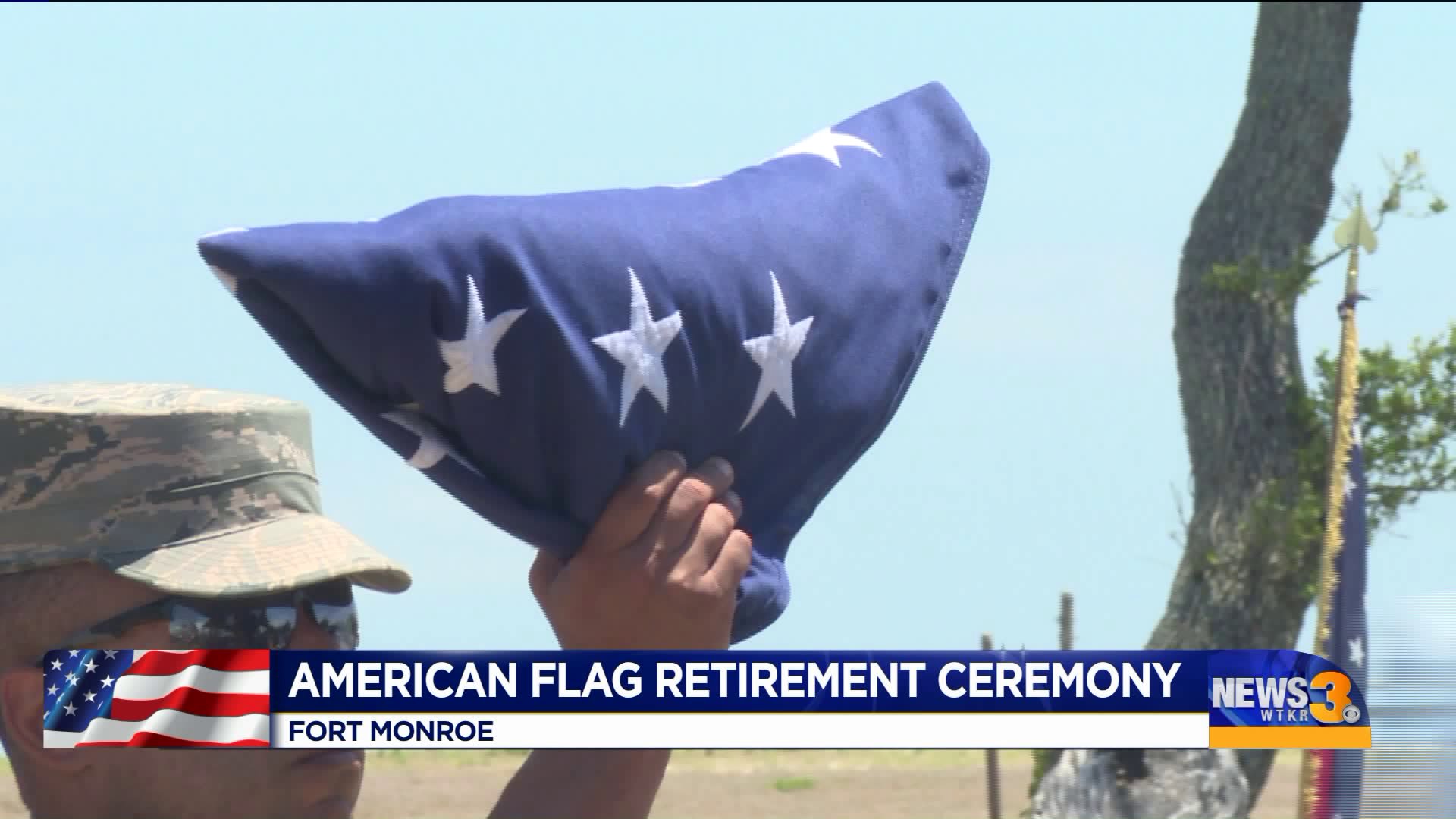 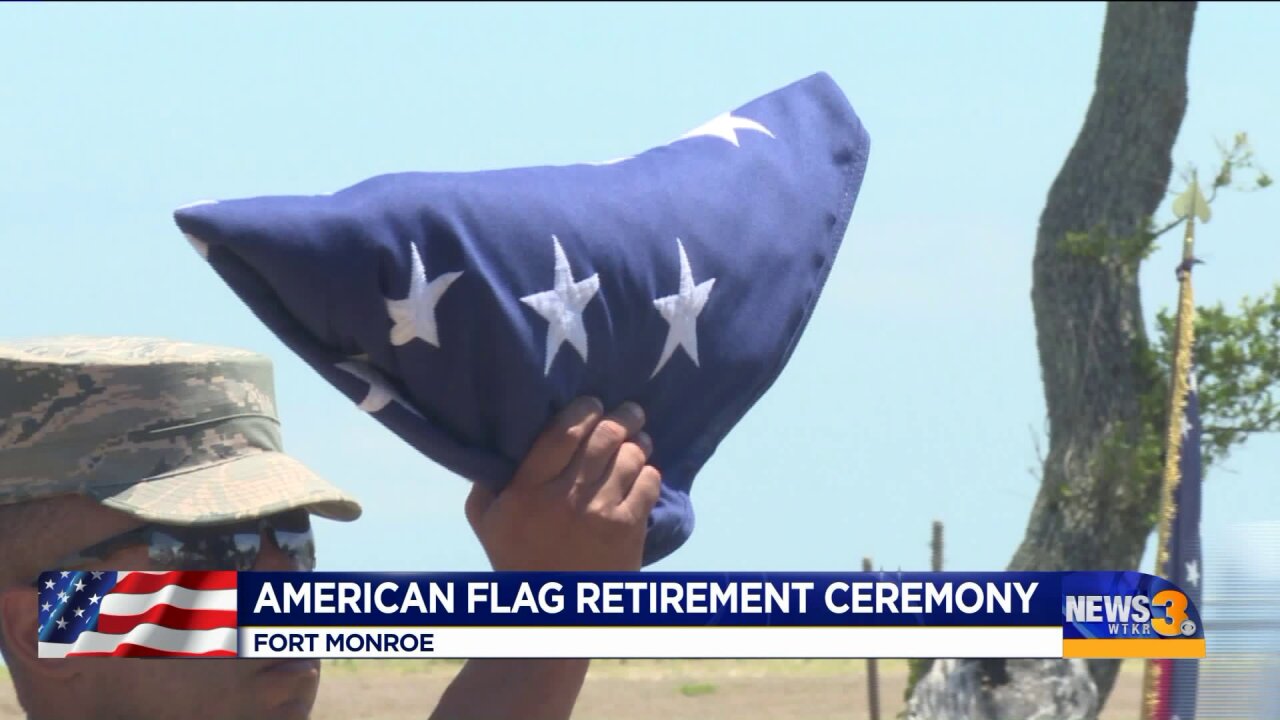 HAMPTON, Va. - Dozens paid tribute to the American flag and the ones who died defending it during a flag retirement ceremony at Fort Monroe on Memorial Day.

"We come to carry on the tradition that ensures those that have given everything will never be forgotten," said Terry Brown, the National Park Service Superintendent of Fort Monroe.

During the ceremony, Boy Scouts cut a flag into pieces and then veterans put its pieces into fires. While burning the flag is often seen as a form of protest, organizers say cutting it and then putting it into fire is a very proper way to retire one. "Today no disrespect shall be shown to the American Flag and the United States of America. We are here today to pay our respects to the symbol of our country," said James Kotrch, one of the organizers.

This year's ceremony also acknowledged the start of slavery in America. This summer marks the 400th anniversary of the first African slaves coming to Old Point Comfort at Fort Monroe. The ceremony honored the important contributions of African Americans in helping protect America.