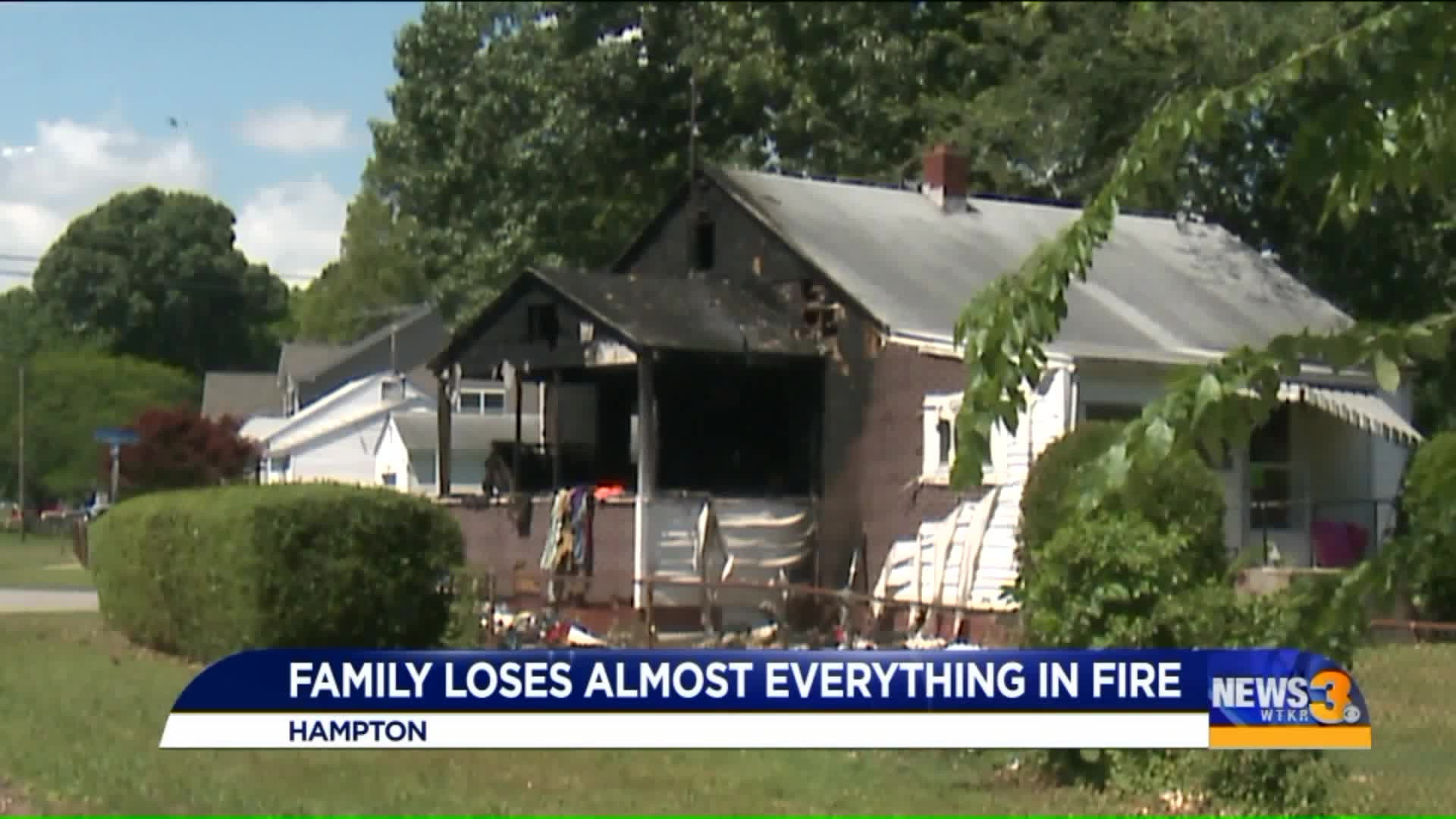 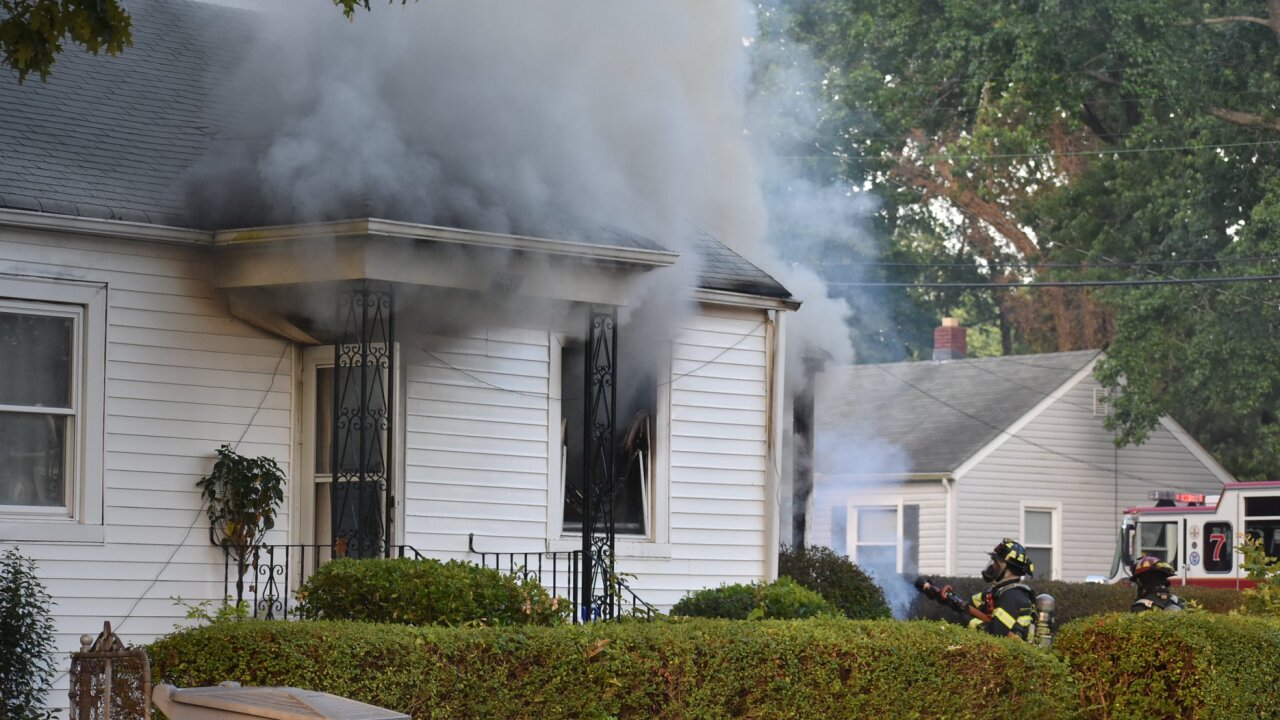 HAMPTON, Va. - It was a small relief Monday afternoon for Cheryl Byrd.

“Oh, this is here. This was a family trip. This is my son,” Byrd told News 3 reporter Brian Hill.

After a quick search, she was able to salvage lifelong memories from her Hampton home’s rubble.

“I thought I couldn’t get any pictures because it was my husband’s birthday on the 26th. He passed away in 1990. I was really upset about that. That’s all I wanted, the pictures,” she said.

The pictures were nearly lost Sunday evening in the midst of a massive house fire.

Cell phone footage from a neighbor captured the moments as firefighters worked to contain it.

“It was a big boom. We all came running out,” neighbor Stephanie Stephens said. “It was very quick, and it just went up like this.”

The home is located on E. Gilbert Street near N. King Street.

Stephens quickly called Byrd, who was at work.

“I said, 'Your house is on fire. It’s bad. The fire department is here. Get home.’ She just hung the phone up.’”

Byrd told News 3 the home is a total loss. Crews were out Monday afternoon boarding it up. Byrd said even though nearly everything is gone, she’s just glad her family is safe.

“We will find another place. Me and my brother have our lives. I was just glad that he was not home, because if he was we’d be planning a funeral right now, and that bothered me,” Byrd explained.

She said the fire started in the sunroom on the right side of the house.

She told us she was able to save a few clothes from her bedroom, which was on the opposite end of the house.

“I think I’m really still in shock right now,” Byrd said, before going back inside to see what else was left.