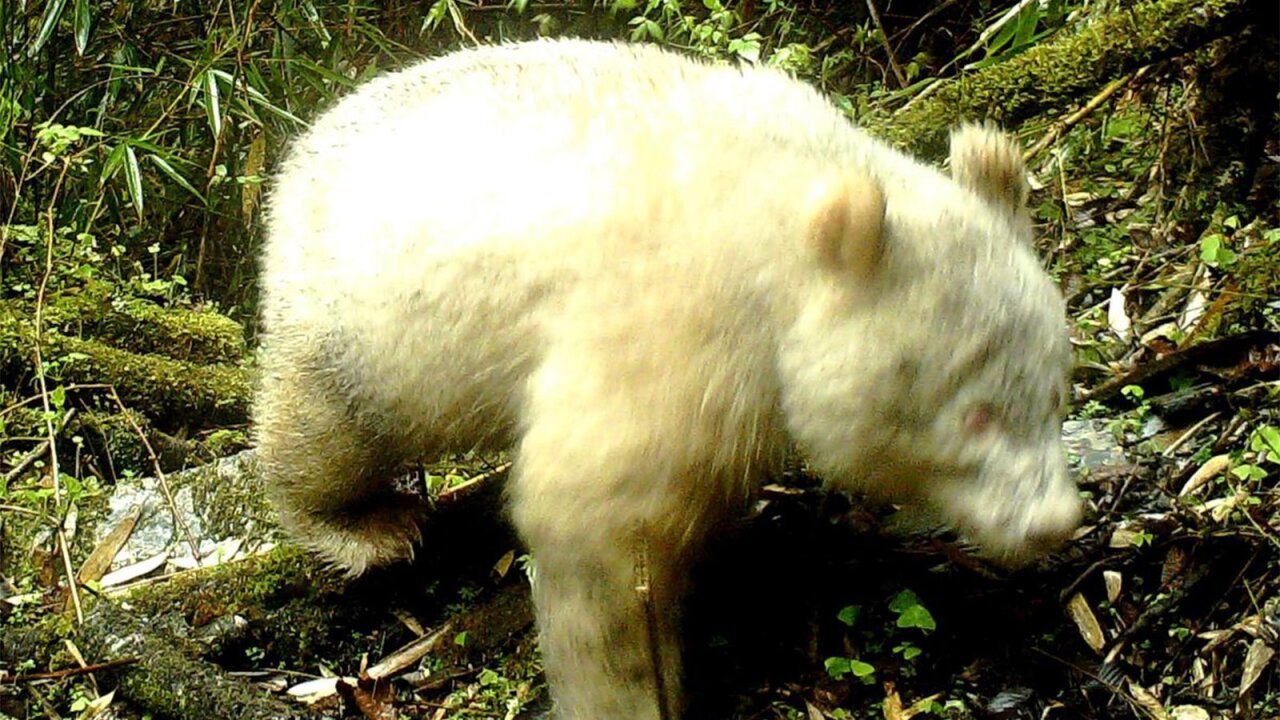 A fully albino giant panda has been filmed roaming bamboo forests in China — the first ever recorded in the wild, an expert says.

Li Sheng, a researcher with Beijing’s Peking University, told CNN that no fully albino giant panda had ever been recorded in the wild before.

He was quoted by Chinese state media CCTV as saying it was likely to be only one or two years old.

“The panda looked strong and his steps were steady, a sign that the genetic mutation may not have quite impeded its life,” Li said.

The nature reserve plans to set up more infrared cameras to observe its growth and how it interacts with other giant pandas in the area.

Animals with albinism — which results in a lack of melanin, or skin pigment — are often at greater risk from predators in the wild as they can be spotted more easily and have poorer eyesight, according to the National Geographic.

The giant panda is classified as vulnerable by the International Union for Conservation of Nature. According to the World Wife Fund for Nature, there are 1,864 left in the wild.