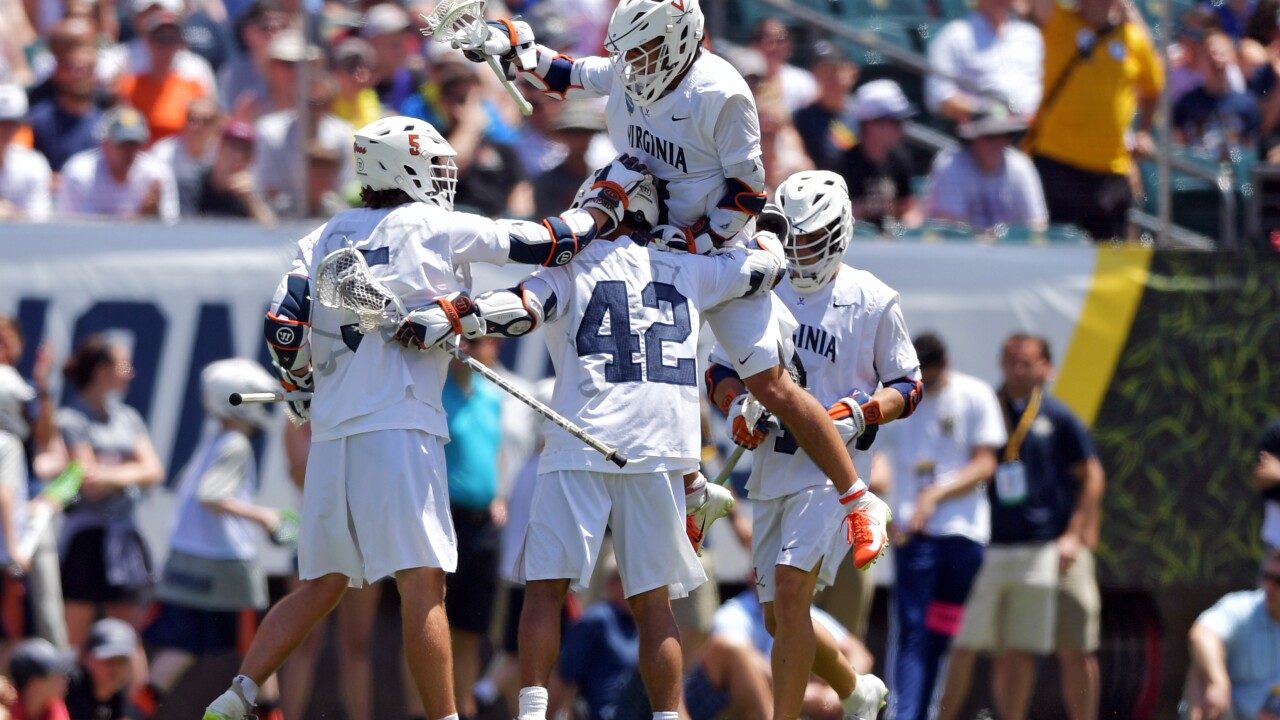 PHILADELPHIA, Pa. – Stop us if you’ve heard this before: on a spring Monday in a cold-weather city, the Virginia Cavaliers claim the NCAA men’s title.

UVA sophomore goalkeeper Alex Rode was named Most Outstanding Player after recording 13 saves and holding the second-best offense in the country to a season-low nine goals.

Virginia’s Matt Moore set a new program record for points in a season, scoring four goals to go along with his one assist. Michael Kraus also contributed three goals of his own.

The championship, UVA’s sixth all-time and first since 2011, came in front of 31,258 fans at Lincoln Financial Field in Philadelphia. The title is the 27th all-time for the Virginia men’s and women’s athletic programs.

The Cavaliers (17-and-3) advanced to their 10th NCAA title game with a 13-12 double-overtime win Saturday against Duke in the semifinal round.

That moment when you WIN A NATIONAL CHAMPIONSHIP!!! 🏆#GoHoos #Wahoowa 🔶🔷 pic.twitter.com/eR8G8Z0CDM

"We train and lift on Sundays and then we practice on some Monday's, thinking about what it's like on Championship Weekend." – @UVAMensLax head coach Lars Tiffany to @paulcarcaterra#NCAALAX pic.twitter.com/1JZtAPlLmL