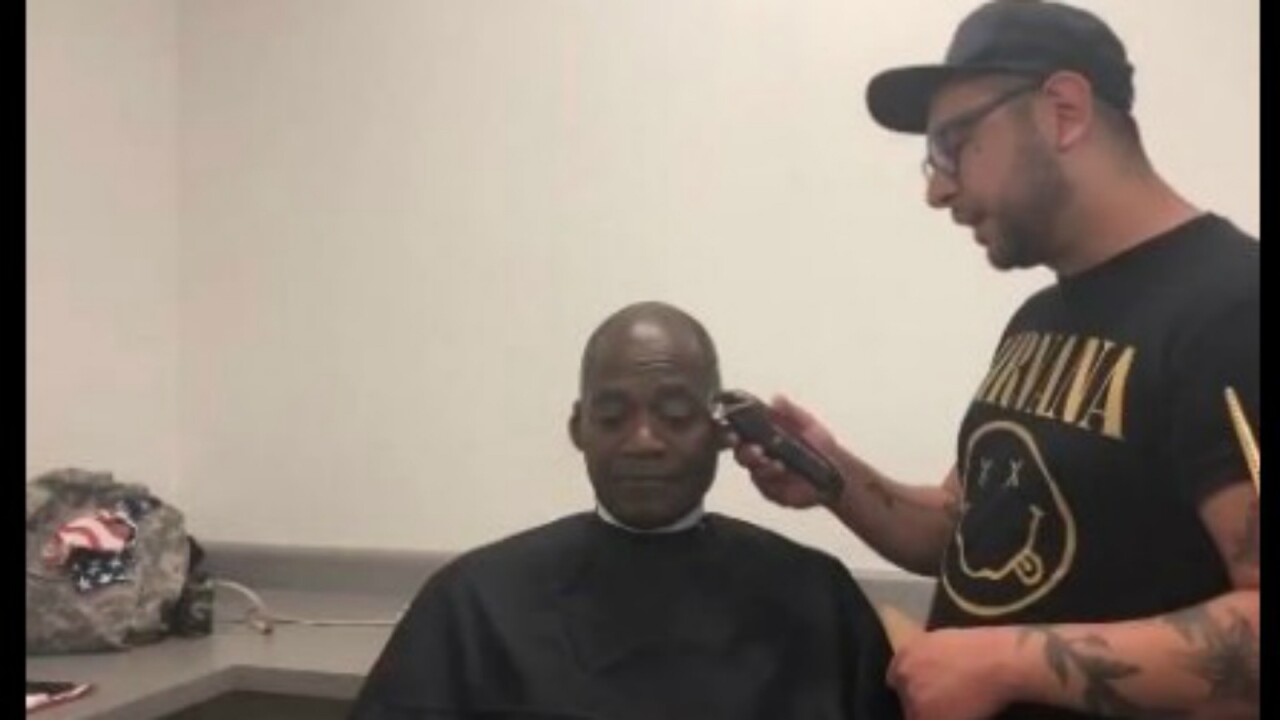 This Memorial Day Weekend, Montes Deoca wants to spend it using his skills to give back to the heroes who served our country.

“I have a lot of veterans in my family and I’ve met so many veterans on the streets of Tucson,” Montes Deoca said. “I just wanted to give back and help people out in some way.”

When he first started, Montes Deoca was a student in beauty skill. Now, he has his license and works at a salon.

According to the latest homeless census, 200 homeless vets live on the streets in Tucson.

Something as simple as a haircut can go a long way.

“It creates a sense of well-being. A lot of veterans can’t go out and do their own hair cut even if its three to six dollars,” said Bryce Garrett, a veteran. “It brings a sense of pride with us.”