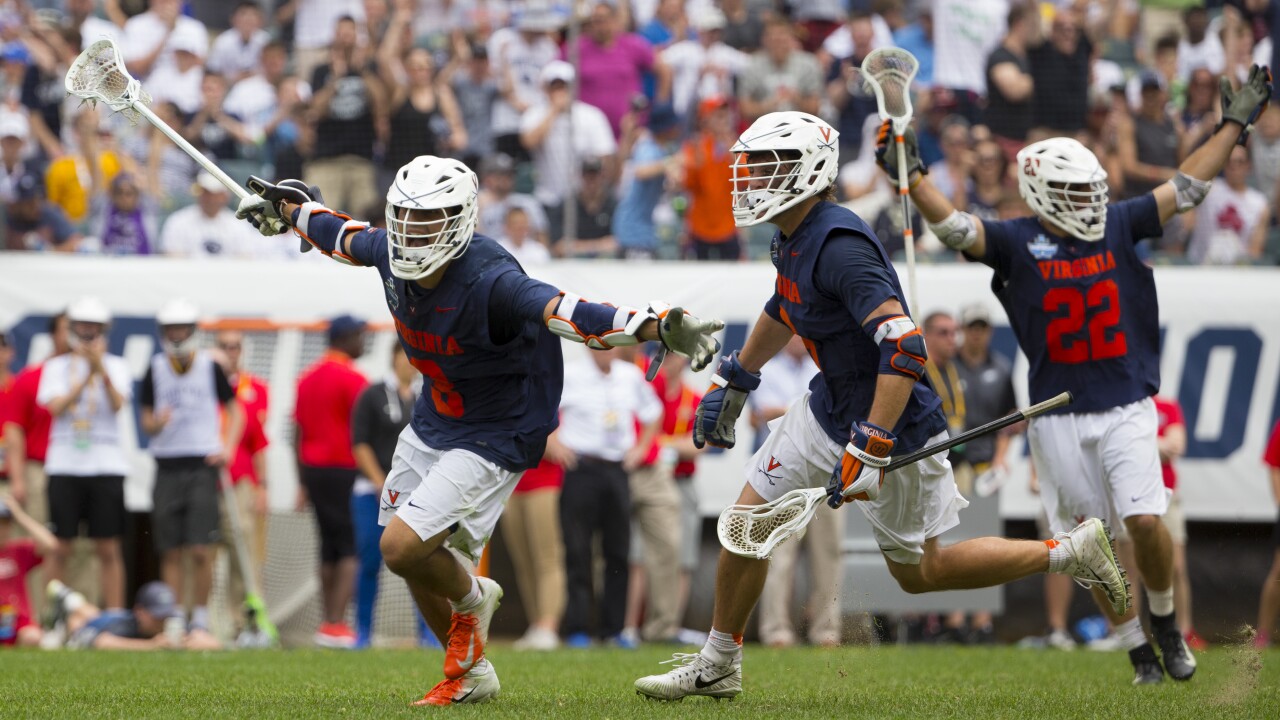 Matt Moore found Ian Laviano 51 seconds into the second overtime to send UVA to the NCAA title game. Virginia trailed by four goals (8-4) in the third quarter and trailed by two scores with 47 seconds left (12-10). But Michael Kraus scored with 46 seconds left, while Laviano sent the game to overtime with a score with 15 seconds left in regulation, courtesy of a Moore assist.

Faceoff specialist Petey LaSalla won the last eight faceoffs of the game, including the two in overtime. Neither team could break through in the first overtime as UVA took three shots and committed two turnovers, while Duke took four shots, two of which were saves by Alex Rode.

Virginia struck first and led 2-1 after back-to-back goals by Ryan Conrad, the second coming on a Kraus assist with 4:55 left in the first quarter. Duke responded with four-straight goals and a 7-2 run to take the 8-4 lead with 7:03 left in the third quarter. UVA committed 13 turnovers in the first half that attributed to Duke’s 5-2 halftime lead.

At 6:55 LaSalla picked up a faceoff and streaked toward the goal, scoring to start the UVA comeback. Trailing 11-8 with 9:49 left, UVA received back-to-back goals from Dox Aitken to bring UVA within one goal, 11-10, with 7:55 left.

Kevin Quigley from Duke pushed one through as the shot clock expired with 1:56 left to give the Blue Devils a two-goal cushion, 12-10. LaSalla won back-to-back faceoffs that led to the tying of the game in regulation.