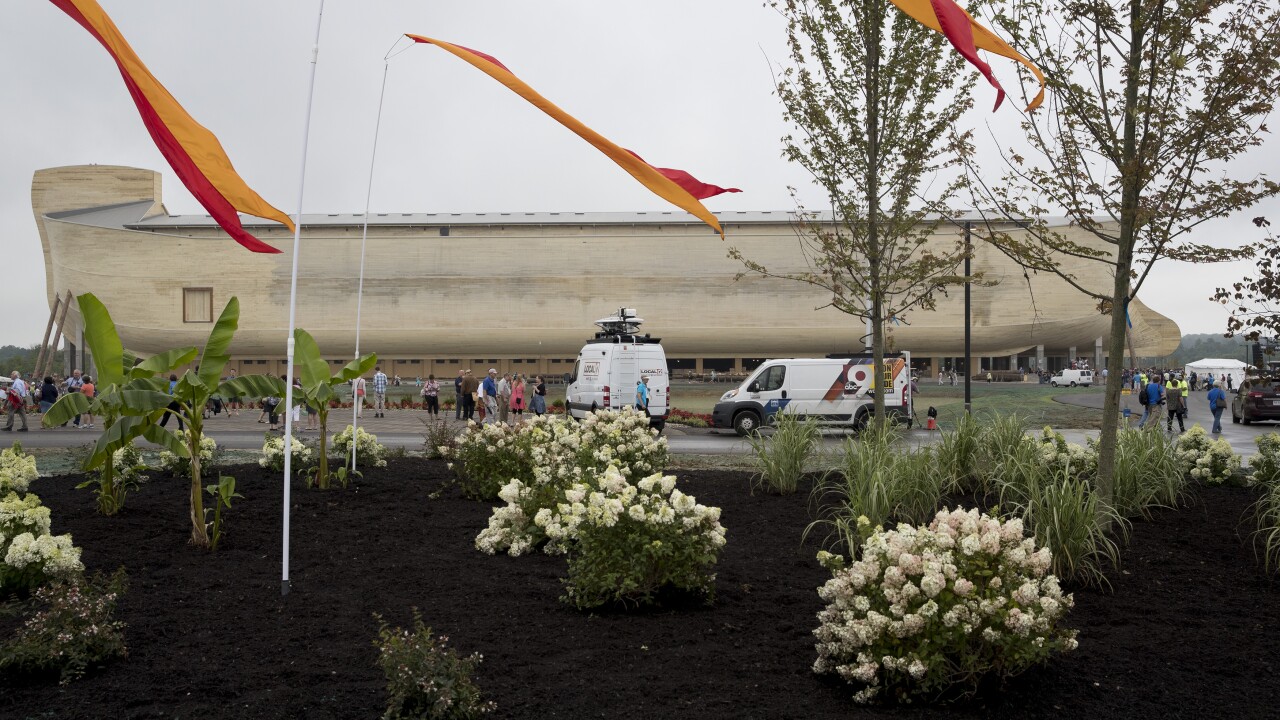 They don’t build them like they used to. Owners of a replica of Noah’s Ark are suing their insurers, saying the companies failed to cover adequately damage caused by heavy rain.

The Ark Encounter in Williamstown, Kentucky, features a 510-foot wooden ship modeled after the biblical ark.

In a suit filed this week in US District Court for the Eastern District of Kentucky, the park alleges its insurers acted in bad faith after investigating damage to the property.

The park owners say rainfall in 2017 and 2018 caused a “significant landslide” on the property. That landslide undermined an access road leading to the ark, making it unsafe to use and raking up some $1 million in damage, according to court documents.

The suit claims that representatives from five of the park’s insurers inspected the damage and told the owners to proceed with repairs. The owners said those repairs cost “approximately $1 million,” and the insurers have only paid “a very small portion.”

Melany Ethridge of Ark Encounter made it clear Friday that the waters were not quite of biblical proportions.

WILLIAMSTOWN, KY – JULY 5: A worker puts out stuffed animals in the gift shop at the Ark Encounter July 5, 2016 in Williamstown, Kentucky. The Ark Encounter is a theme park centered around a 510 foot long reproduction of Noah’s Ark. (Photo by Aaron P. Bernstein/Getty Images)

“Contrary to some reporting, the damage to certain areas of the Ark Encounter themed attraction was not caused by a ‘flood,’ ” she said in an email to CNN.

She confirmed that the damage had been repaired, and that the ark had not been at risk.

“The ark was built on bedrock and was never in jeopardy,” she said.

“We are highly confident of the merits of our case as we seek a fair resolution with the insurance companies.”

Information on the insurers’ attorneys was not immediately available. CNN has reached out to the insurers.

Noah’s Ark is a craft described in Christian, Jewish and Islamic holy texts as a vessel inspired by God to save Noah — described as a righteous man — his family, and at least two of every creature on Earth from a global flood sparked by 40 days of nonstop rain.

Ark Encounter says on its website that its model ark is “full size,” and built to biblical specifications.