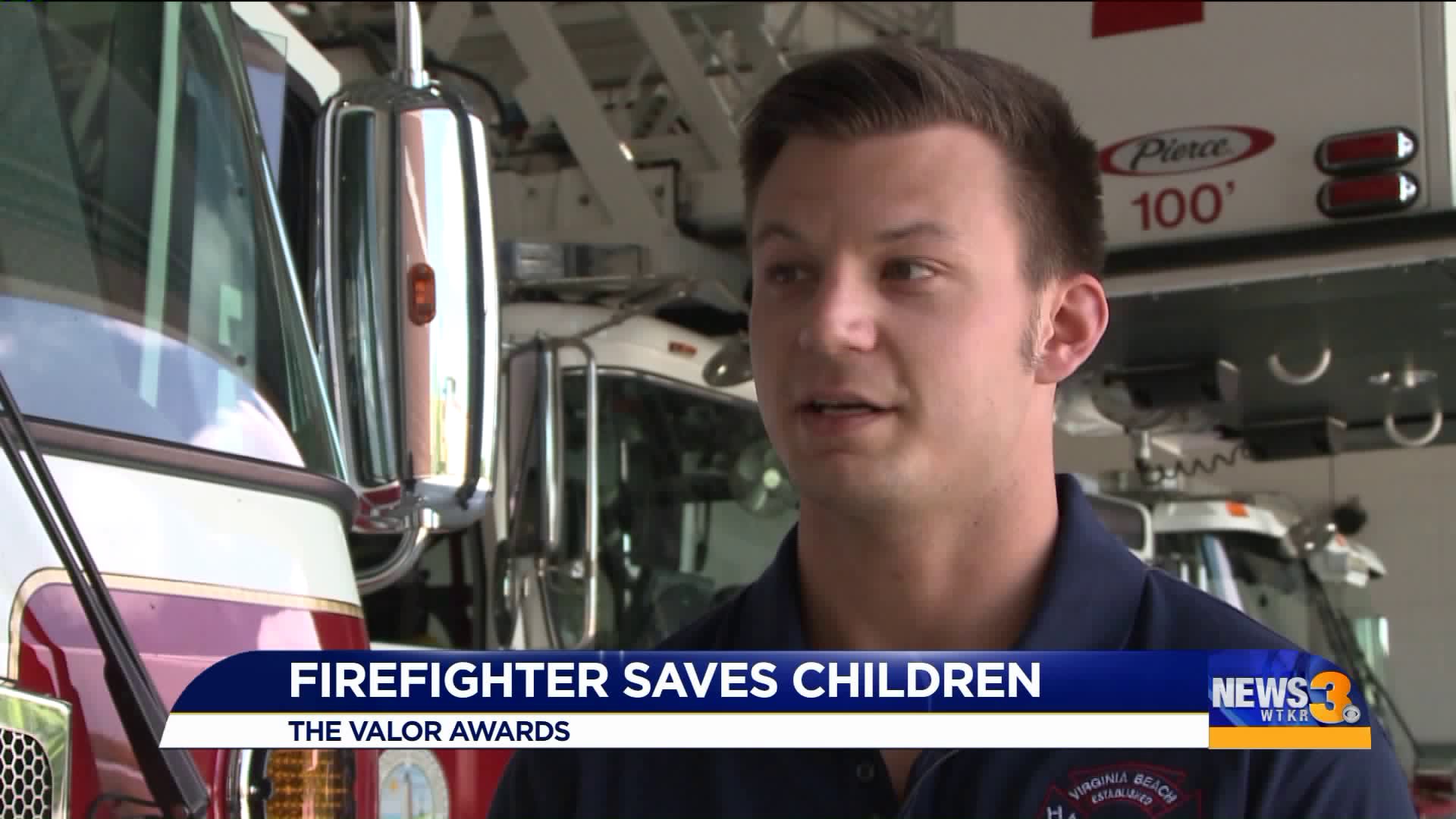 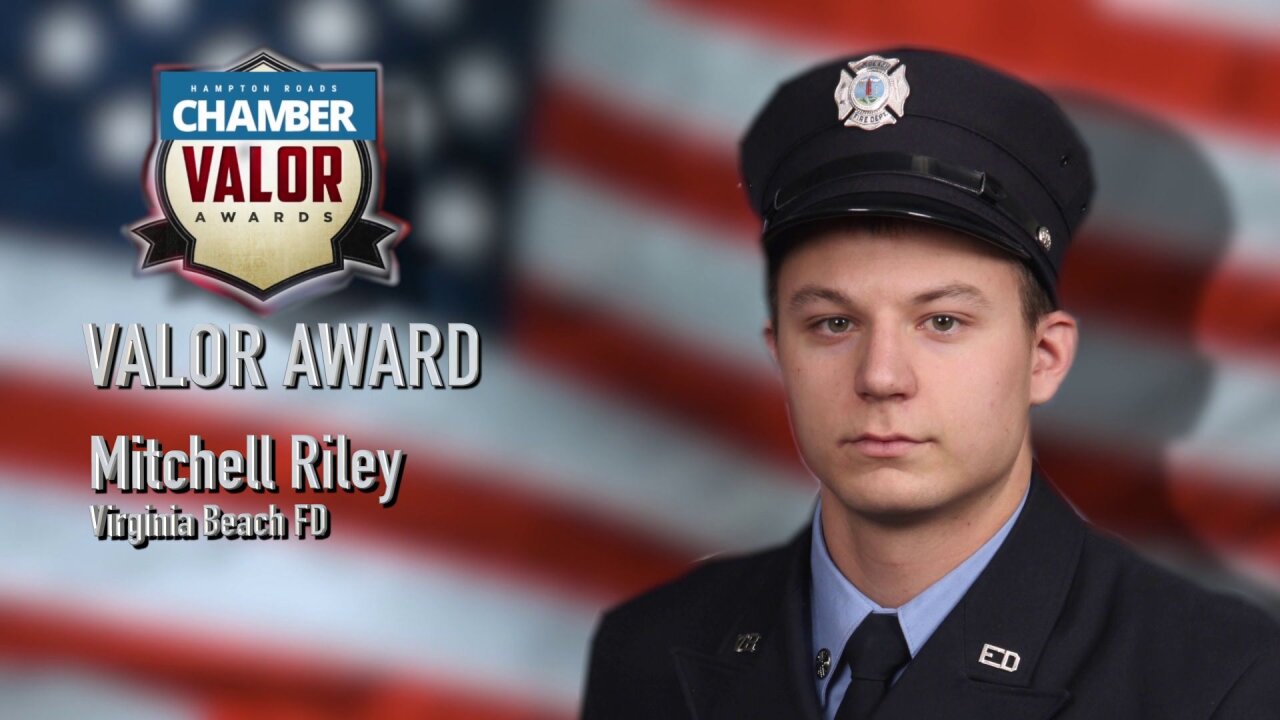 VIRGINIA BEACH, Va. - Thousands of men and women in uniform put their lives on the line every day when they go to work here in Hampton Roads.

The Valor Awards are presented by the Hampton Roads Chamber. News 3 is honored to partner again and showcase incredible feats of bravery.

Priscilla Monti shows us the happy ending to a story that began with the unbelievable effort of a Virginia Beach firefighter pulling two children from a burning home and then driving them to the hospital.

“We were dispatched to a house fire in the middle of the night.  Both police officers advised me that there were two children inside. Going through the window was going to be our only option because the other half of the home, the front door was fully involved in fire. We didn’t have time to knock down the fire; it was dark and smoky and hot, you couldn’t see your hand in front of your face.  So, I just started searching to my right and just out reaching my arms, crawling. I knew the victims were going to be low. That’s where victims usually are," Firefighter Mitchell Riley explained as he reflected.

“The room either had a flash over or the walls burned through. Luckily, [I] had just enough time to grab the second patient, hand him off and dive out of the window. So, we ended up just running the first patient down to the ambulances. Once we were there, I was just asked by a captain to drive the ambulance. He didn’t know I went through the window. He didn’t know, and I didn’t tell him. He just told me to do a job, and so I did it," Riley said.

Chief David Hutcheson said, “We feel very strongly that not only Mitch, but the entire crew performed with exemplary service that night.”