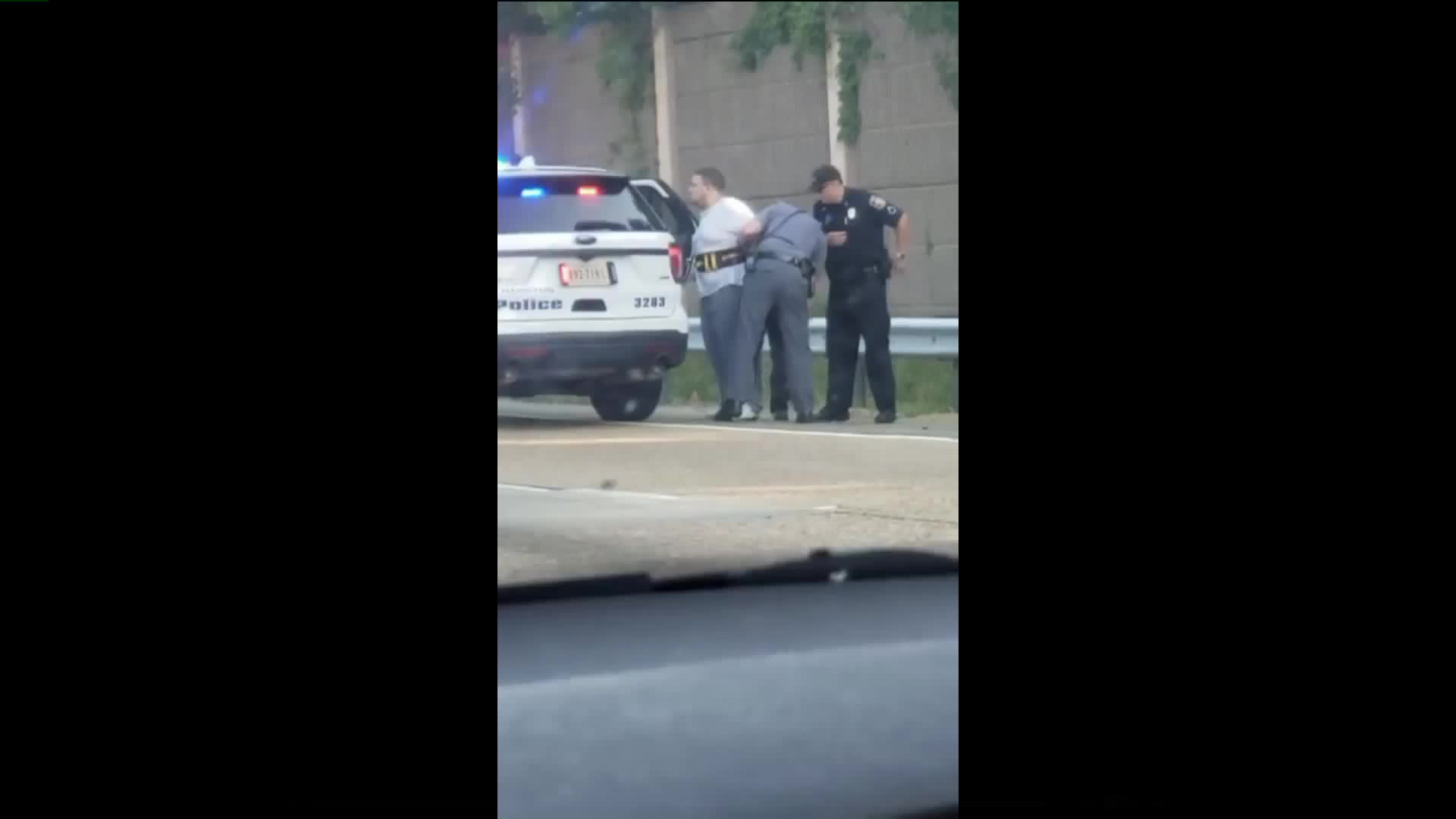 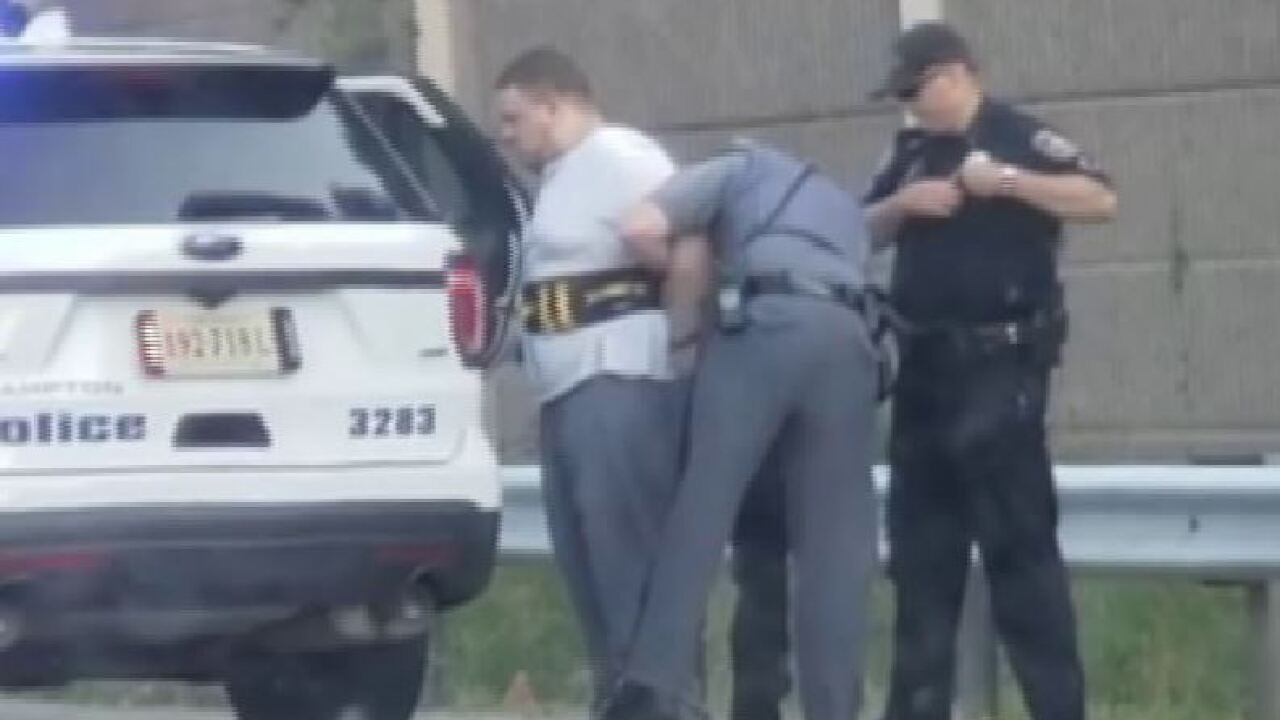 The chase ended near mile marker 259 near J. Clyde Morris boulevard around 8:45 a.m.

Virginia State Police said they were involved but Hampton Police lead the pursuit.

Hampton Police said an officer saw a vehicle traveling in the wrong direction on Magruder Boulevard. The officer attempted a traffic stop on the vehicle.  The vehicle continued on to Hampton Roads Center Pkwy., and entered I-64, traveling in the correct direction, according to police.

VSP assisted and was able to stop the vehicle at J. Clyde Morris Blvd. and I-64.

Video from a driver who didn't want to be named but identified himself as "batman" showed officers looking to be arresting a man on the side of the highway.

There is no information on the man who appeared to be arrested at this time.