Violent tornado that hit Missouri’s capital ‘felt like an earthquake’ 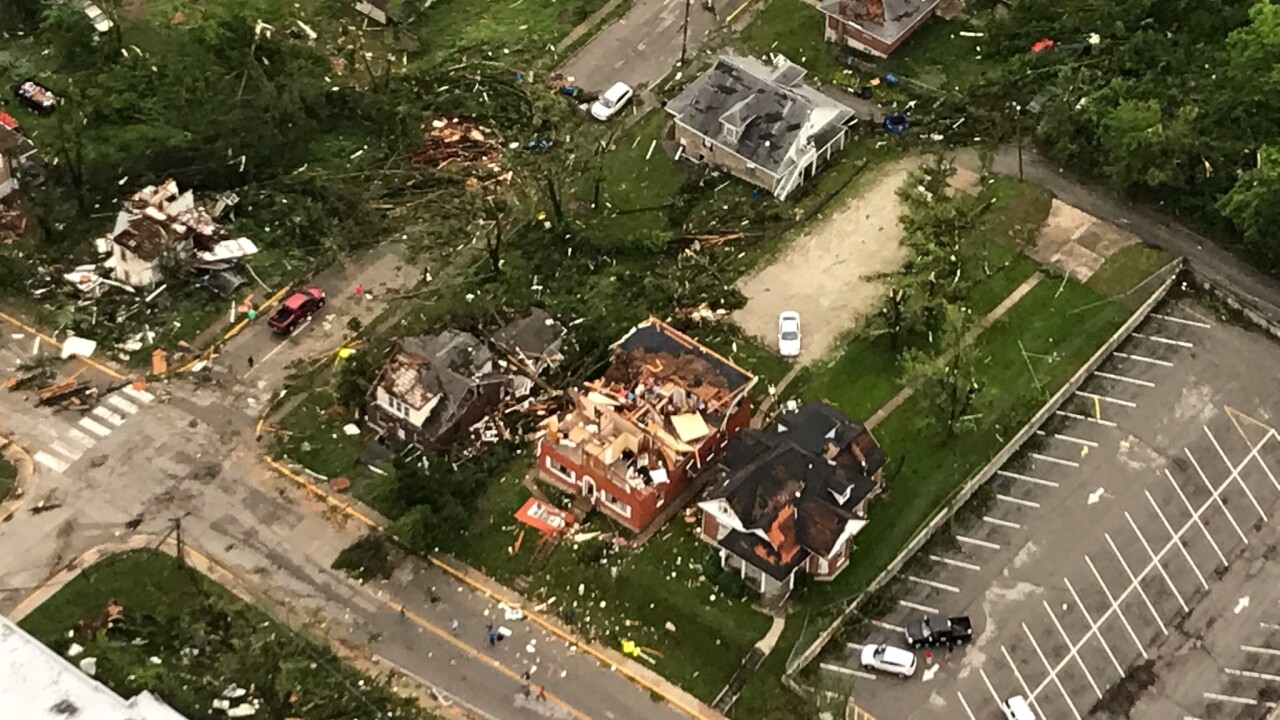 As many were sleeping late Wednesday night, Missouri’s capital took a direct hit from a tornado — one of many bringing chaos to the central United States.

“When it hit… it felt like an earthquake,” Cindy Sandoval-Jakobsen said.

The Jefferson City resident said she took her daughter, who is blind, and the two hid in the only room in their house with no windows.

The “Wedge Tornado,” one that is wider in the funnel than it is tall, was observed over Jefferson City shortly after 11:30 p.m. on Wednesday. It moved at 40 mph and sent debris 13,000 feet into the air, according to the National Weather Service.

However, no deaths have been reported in the city as of Thursday morning, Jefferson City police Lt. David Williams said at a news conference according to CNN affiliate KRCG.

Missouri Gov. Mike Parsons said on Twitter that Jefferson City’s tornado was one of many bringing chaos throughout the state.

“Major tornados across state tonight, including Jeff City. We’re doing okay but praying for those that were caught in damage, some are still trapped – local emergency crews are on site and assisting,” Parsons tweeted.

The tornadoes are part of a deadly spring storm system that has unleashed drenching rain, flash flooding and hail in the central US — along with more than 130 reports of tornadoes in five days.

Tornadoes across the state

More than 150 miles southwest of Jefferson City, three people died Wednesday night in Golden City, Missouri, and several others in Carl Junction were injured, according to the Missouri State Emergency Management Agency.

Search and rescue missions were launched in Golden City after a possible tornado, according to Missouri State Emergency Management spokesman Ron Walker.

Another of the tornadoes was near Joplin, on the eighth anniversary of an EF5 tornado that killed 161 people in that city.

The National Weather Service said a damaging tornado was spotted and tennis ball-sized hail was possible.

According to radar images, the twister passed a few miles north of Joplin.

A husband and wife in Missouri were killed Tuesday when their SUV skidded across the center lines of US highway 160 and the vehicle struck a semi.

Police in Tulsa, Oklahoma, are going through neighborhoods near a dam encouraging residents to get out of there in case the area floods due to release of water meant to keep the structure from failing.

The Army Corps of Engineers is releasing 215,000 cubic feet of water per second at the dam at Keystone Lake because the water is 29 feet above its normal level.

Tulsa Mayor G.T. Bynum tweeted that 215,000 cfs is the minimum rate they can release to keep the water in the reservoir from topping the floodgates. If the floodgates don’t work, the dam could fail, Bynum said.

While that dam is about 20 miles from the city, Tulsa authorities were telling people to be ready to leave their homes quickly if the situation deteriorates.

“If you live an area along a river, creek or stream, we ask that you prepare now in case you are asked to evacuate. Have a GO KIT ready — clothes, medication, important documentation, baby supplies. Charge your digital devices now,” the city tweeted.

The extreme weather is not just limited to tornadoes.

Parts of Oklahoma, Kansas and Missouri had more than three inches of rain in the past 24 hours, and are still under flood warnings, the National Weather Service said.

After the drenching rain, rescuers such as those in the Broken Arrow Fire Department in Oklahoma posted harrowing videos of people being pulled out of gushing flood waters and warned people to avoid flooded roads.

Firefighters responded to a car swept off the roadway Tuesday and found a man clinging to a fence post, unable to get out of the water, CNN affiliate KOKI reported.

The rescue team deployed a life safety rope and got in the water to climb to the victim. They gave him a flotation device and pulled him to safety.

At least one person drowned in Oklahoma after driving around a barricade on a road in Perkins, the city’s Emergency Management office announced.

In west-central Iowa, a home was destroyed by what is believed to have been a tornado early Wednesday, killing a woman and injuring a man inside, the Adair County sheriff’s office said.

Linda Lee Brownlee, 74, was found dead in her destroyed home near the city of Adair after someone called 911, the sheriff’s office said.

Harold Brownlee, 78, was taken to a hospital, where he was in critical condition late Wednesday morning, according to the sheriff’s office.

The weather service said a tornado — up to 150 yards wide — struck the area with peak wind speeds of up to 130 mph. Many trees were down, and a couple of other homes in the area sustained minor damage, authorities said.

The tornado touched down at early Wednesday morning and appeared to dissipate eight minutes later, having traveled nearly 5 miles on the ground in the rural area, the weather service said.

Storms have repeatedly hit the same areas recently, making the Plains and the Midwest more vulnerable to flooding.

Serious river flooding — including along the already swollen Mississippi River — is expected in the central US as more rain falls over the region in the next few days.