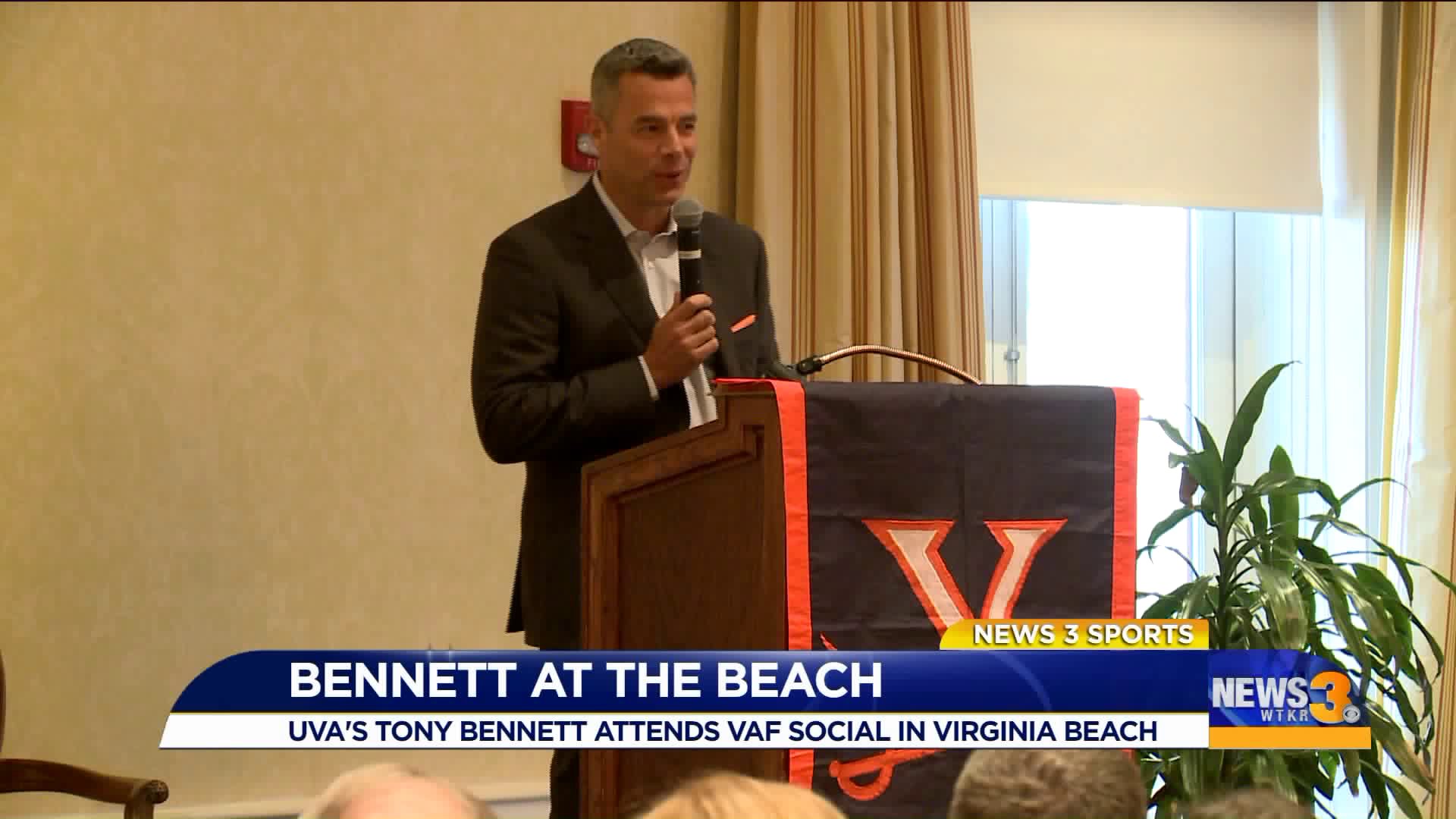 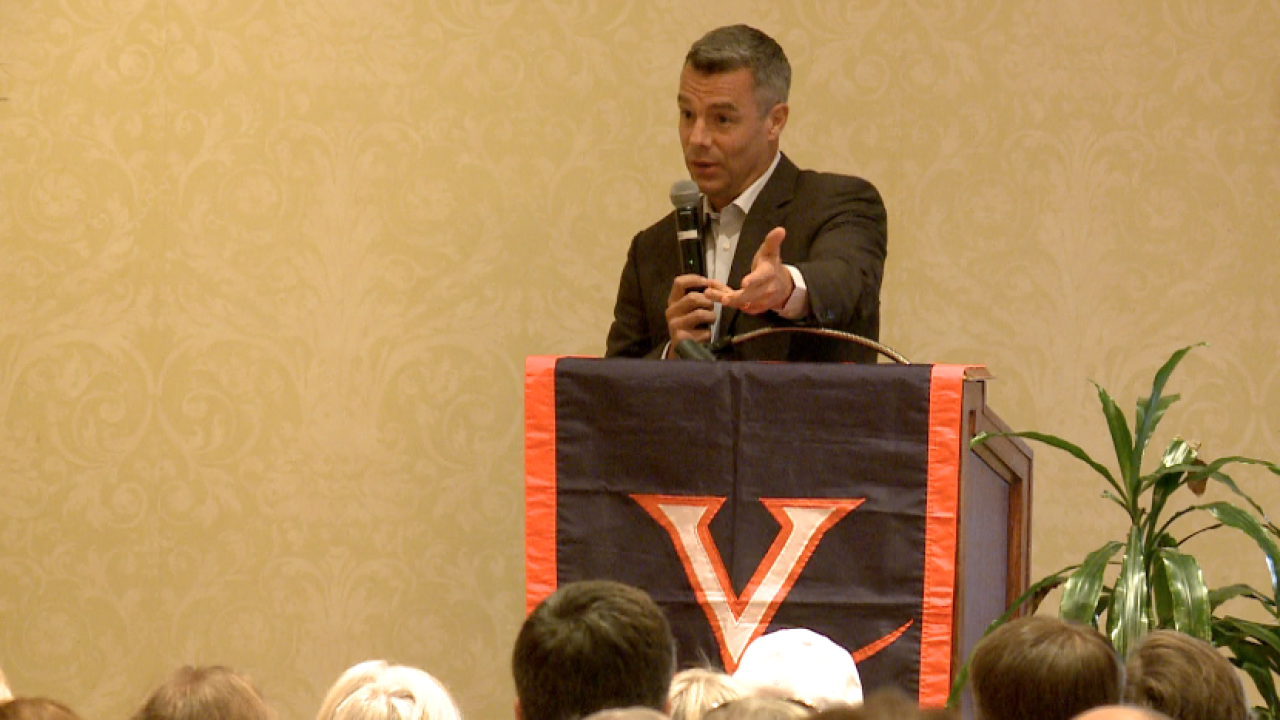 On stage at center court for the trophy presentation with CBS's Jim Nantz, the longtime voice of The Masters Tournament, Coach Bennett lobbied Nantz to get Tony and his father into the exclusive Augusta National Golf Club for a round.

The title turned into a tee-time.

In a story originally reported by Golf.com and confirmed by Bennett himself, Tony and his father, Dick, played Augusta National earlier this month. Tuesday, Bennett takes in a different club - the Princess Anne Country Club in Virginia Beach.

The Virginia Athletics Foundation hosted its Tidewater Social featuring Coach Bennett and UVA Director of Athletics Carla Williams. Events like this are more than just a chance for Wahoo Nation to salute Tony's title.

"Even when he's just out in public, for example - we were out today and he got stopped several times by people who just wanted to shake his hand and say congratulations," Williams explained in an interview with News 3. "He sees this as an opportunity to say thank you. Being with Tony as we tour the state and the region and seeing his humility through it all - he's the same as he was before the championship. Being able to see that and see all the fans celebrating with us, it's been great."

"It's wonderful to see you guys, and see the impact [the title] has had on generations and families," Bennett told the crowd Wednesday night. "To realize the bond they have, those memories of a father/son trip or the fact they were together, whether it was a watch party or together in Minneapolis - that part is awesome to hear those stories."