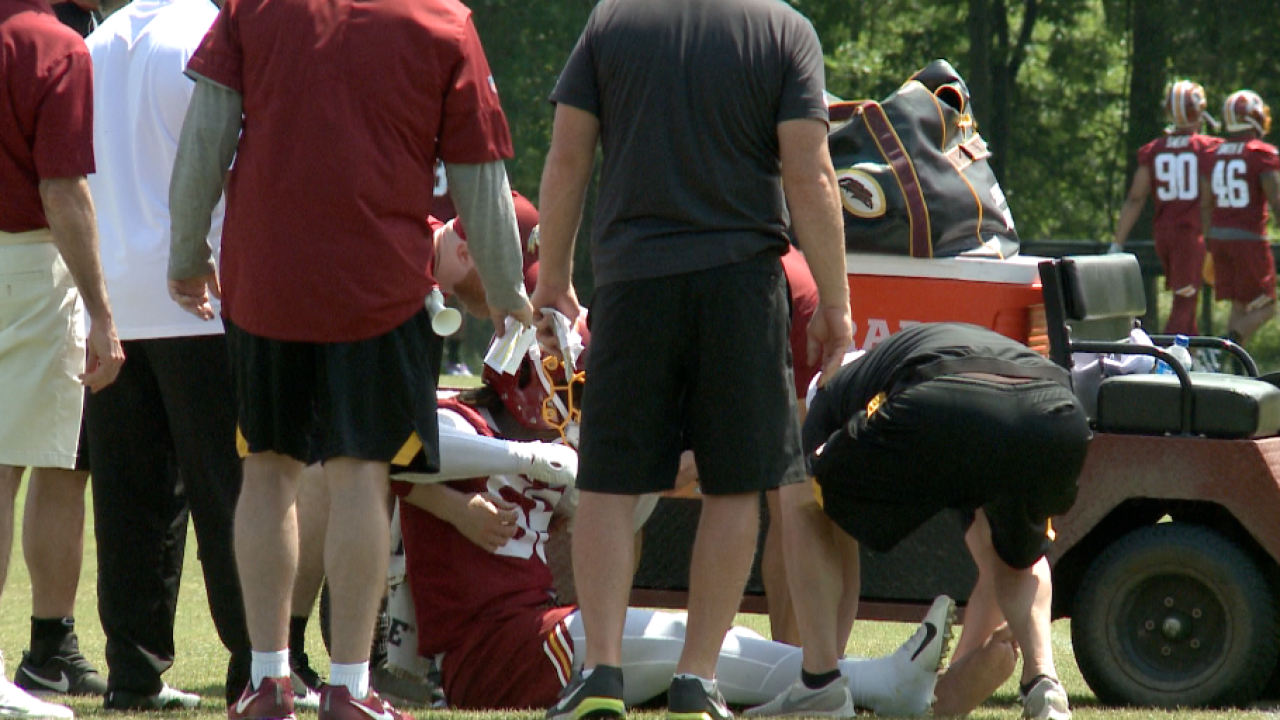 Reuben Foster carted off during OTAs.

Redskins staff helps Reuben Foster onto a cart during OTA’s.

Wednesday, the team placed Foster on the Reserve/Injured List, ending his 2019 season.

News 3 was on assignment at Redskins Park Monday when Foster went down to the ground with a significant lower body injury on the third play of the team’s first full-squad Organized Team Activity (OTA). Washington signed Foster, a 2017 first-round draft pick by the 49ers, in November after he was released by San Francisco. He’d yet to appear in a game for the Redskins.