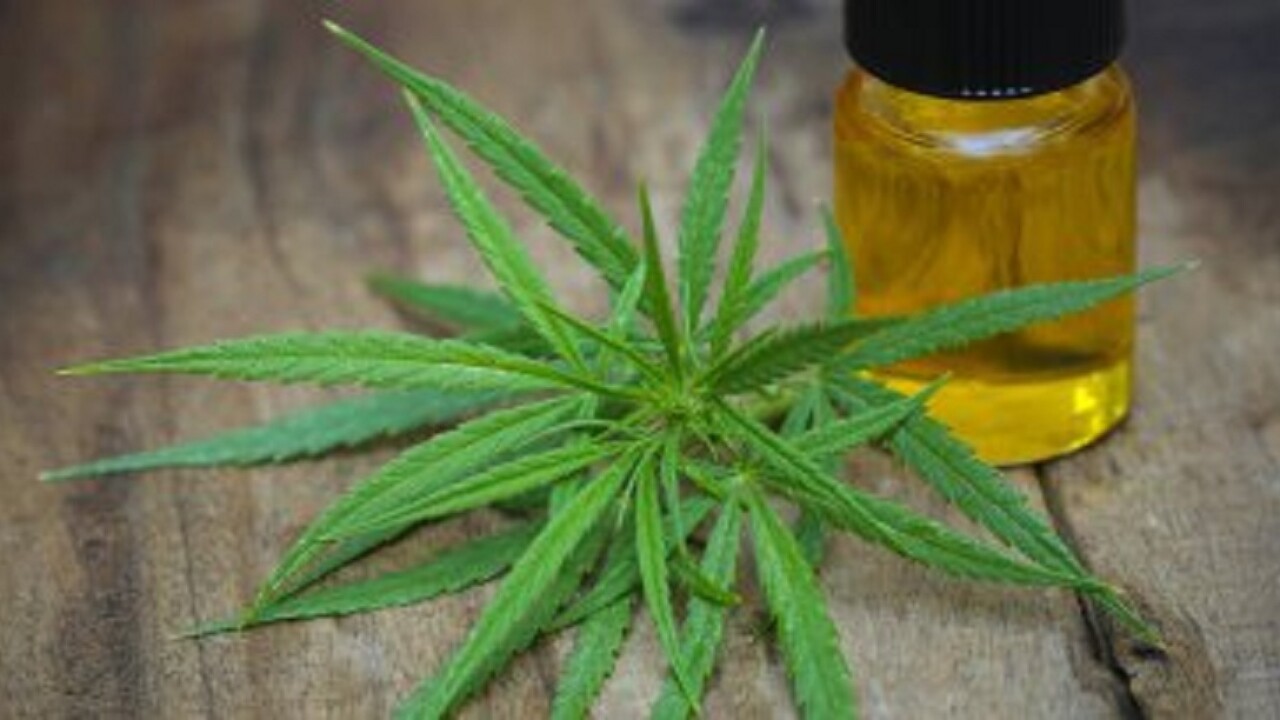 Cannabidiol, the non-psychoactive ingredient in hemp and marijuana, could treat opioid addiction, a new study says. Given to patients with heroin addiction, cannabidiol, also known as CBD, reduced their cravings for the illicit drug as well as their levels of anxiety.

“The intense craving is what drives the drug use,” said Yasmin Hurd, the lead researcher on the study and director of the Addiction Institute of Mount Sinai. “If we can have the medications that can dampen that [craving], that can greatly reduce the chance of relapse and overdose risk.”

The available medications for opioid addiction, such as buprenorphine and methadone, act in a similar way, curbing cravings. But they are still not widely used. According to the National Institute on Drug Abuse, just one-third of US patients with opioid dependence in private treatment centers actually receive these kinds of medications. According to the 2016 surgeon general’s report on addiction, only 1 in 5 people who needed treatment for opioid use disorders was receiving any sort of therapy.

Public health experts say there are obstacles to getting these drugs, which are approved by the US Food and Drug Administration, widely distributed. Because methadone and buprenorphine are still opioids, who can prescribe and how much can be prescribed are highly regulated. In addition, treatment with these medications can require frequent visits with practitioners. “It’s really burdensome,” Hurd said.

Concerns about diversion and addiction to these drugs remain, despite their success in reducing mortality by up to 59% a year in the year after treatment.

‘So many people are dying’

Nearly 400,000 Americans have died of opioid-related causes since 2000, just slightly fewer than the number of American troops who died in World War II. “So many people are dying, and there is a need for developing medications,” Hurd said.

For their study, published Tuesday in the American Journal of Psychiatry, Hurd and her colleagues looked at 42 adults who had a recent history of heroin use and were not using methadone or buprenorphine.

Recruited from social services groups, halfway houses and treatment centers, the participants had used heroin for an average of 13 years, and most had gone less than a month without using. They had to abstain from any heroin use for the entire trial period.

During those two weeks, over the course of several sessions, the participants were shown images or videos of nature scenes as well as images of drug use and heroin-related paraphernalia, like syringes and packets of powder that resembled heroin. They were then asked to rate their craving for heroin and their levels of anxiety.

A week after the last administration of CBD, those who had been given CBD had a two- to three-fold reduction in cravings relative to the placebo group. Hurd said the difference between the two CBD groups was insignificant.

The research team also measured heart rate and cortisol, the “stress hormone,” and found that the levels in those who got CBD were significantly lower than those who hadn’t received the drug.

The researchers used Epidiolex, the first FDA-approved cannabis-based medication, as their source of CBD.

These findings are similar to those of a pilot study Hurd ran, but she says the next step is to do a longer-term study, following subjects for up to six months.

The study’s potential was not lost on others.

“This is an extremely significant paper. We need to utilize every possible treatment in helping people with chronic pain to find other ways to manage their symptoms and in people with opiate addiction to find relief,” said Dr. Julie Holland, a psychiatrist in New York and former assistant professor of psychiatry at the New York University School of Medicine.

“CBD not only manages the anxiety and cue/craving cycle, it also diminishes the original pain and inflammation that leads to opiate use in the first place,” said Holland, who was not involved with the new study.

Hurd said there are still a lot of questions to answer in the next study, including the best dose, how many times it needed to be administered and the mechanism in the brain that is working to diminish the cravings.

But she was optimistic about the implications. “It’s not addictive. No one is diverting it. It doesn’t get you high, but it can reduce craving and anxiety,” she said. Ultimately, “this can really help save lives.”