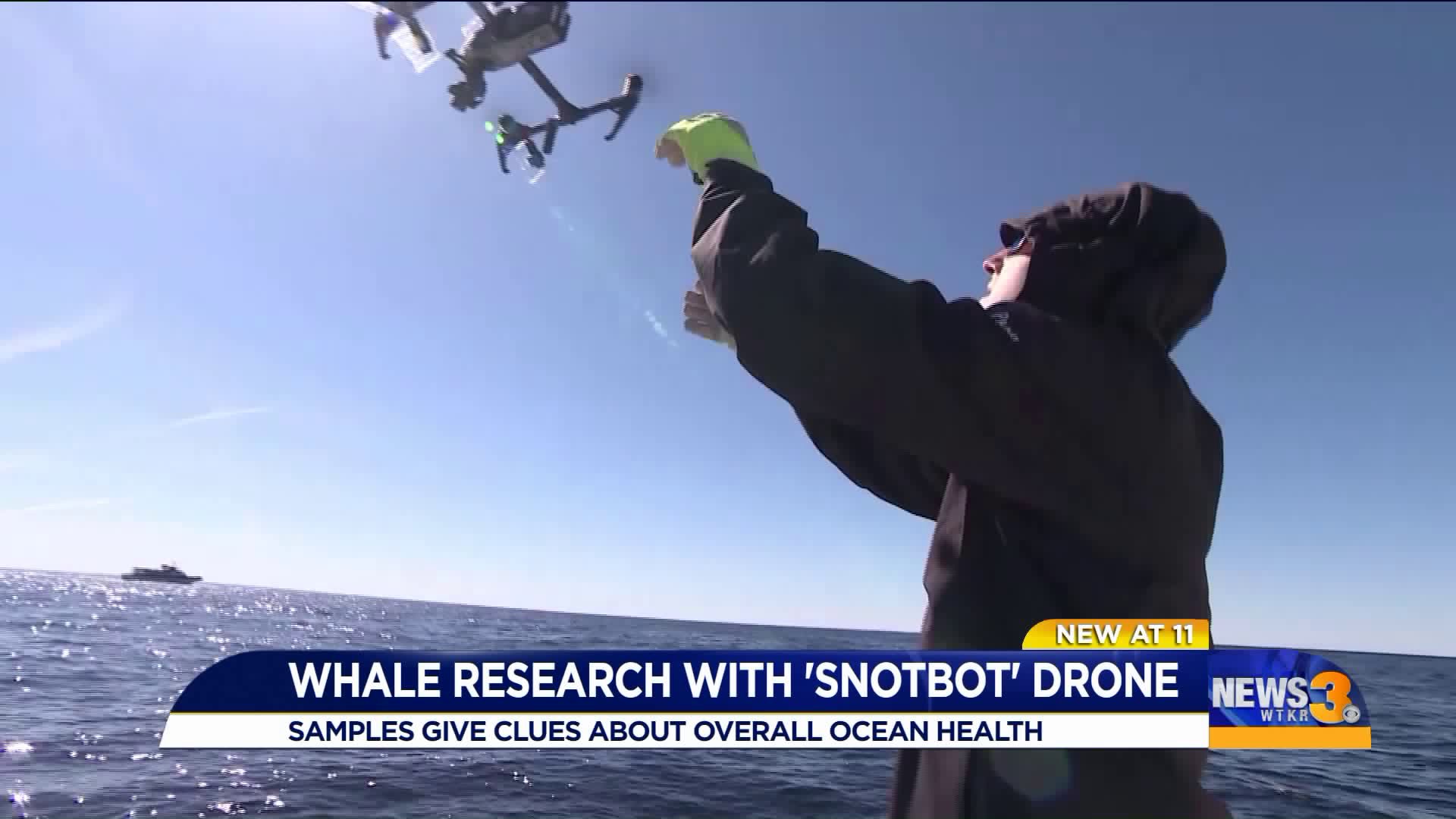 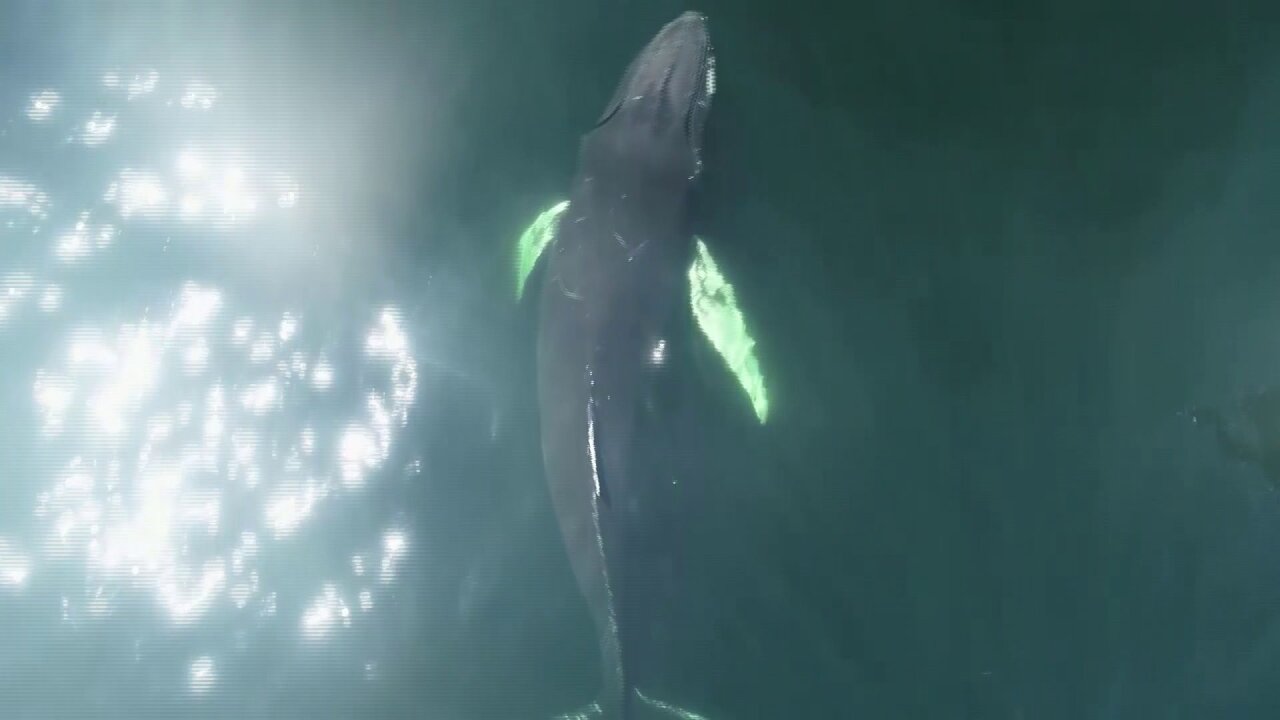 GLOUCESTER, Mass. - This is a whale of a story.

Scientists are learning more about our oceans by tracking whales, and they're using something pretty unique. It's called the "SnotBot."

Iain Kerr is on the hunt to find the largest mammals on Earth. The team zeroes in on its target and fires.

The scientists at Ocean Alliance call their drone the SnotBot because it collects material spouted from the whale's blowhole, a gold mine of biological information. Kerr says it also reveals clues about the ocean's overall health under constant threat from climate change, pollution and overfishing.

But how does a whale's health indicate how healthy the ocean is?

Before drones, scientists relied on biopsies, which some viewed as disturbing to the whale. But with the help of the SnotBot, this team is able to collect more data without the whale even knowing.

Related: Baby whale sighting sparks hope for the future of an endangered species

"There was a whale right in front of me and the cloud of whale snot, like, engulfed me and it was stinky and I'm like, 'Hey, you know what? Stinky means biologically productive,'" Kerr thought to himself.

He smelled an idea.

Back at the Ocean Alliance headquarters, Kerr's team preps samples for the lab. Just one drop can yield spreadsheets of information — from gender, to pregnancy, to stress.

"Does it look healthy? Does it look skinny? And then we're getting the DNA, microbiomes and hormones," he said.

But it's the unknown that excites Kerr the most.

Ocean Alliance researchers say their data gives a more accurate idea of the size of the whales. Their research also changes the way they understand whales' behavior patterns and certainly makes them easier to track in the ocean.

With this newest generation of research, Kerr says the sky is the limit.