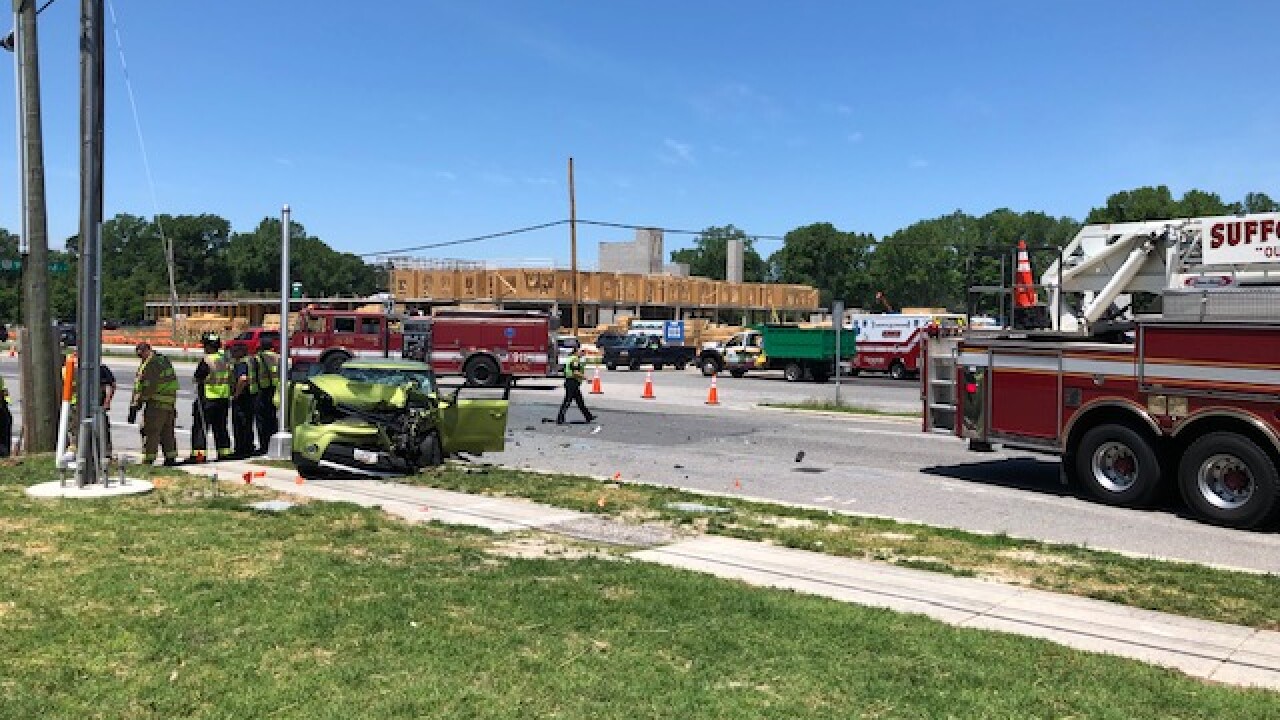 SUFFOLK, Va. – A crash involving a dump truck at the intersection of Bridge Road and Windward Lane sent five people to the hospital Tuesday morning.

The call reporting a crash between the Ford dump truck and a Kia Soul came in shortly before noon.

Suffolk Fire & Rescue personnel provided emergency medical assessment and treatment for those who were involved.

Two adults and two children who were in the Kia Soul were taken to Sentara Norfolk General Hospital and Children’s Hospital of the King’s Daughters via ground transport for treatment for non-life-threatening injuries.

A man who was in the dump truck was taken to a local hospital via ground transport after Chesapeake Fire & Rescue provided mutual aid while responding to the scene.

All southbound lanes on Bridge Road were closed in the immediate area after the crash, with one lane reopening shortly thereafter. All lanes reopened to traffic at 1:08 p.m.

The investigation into the cause of the crash remains ongoing.