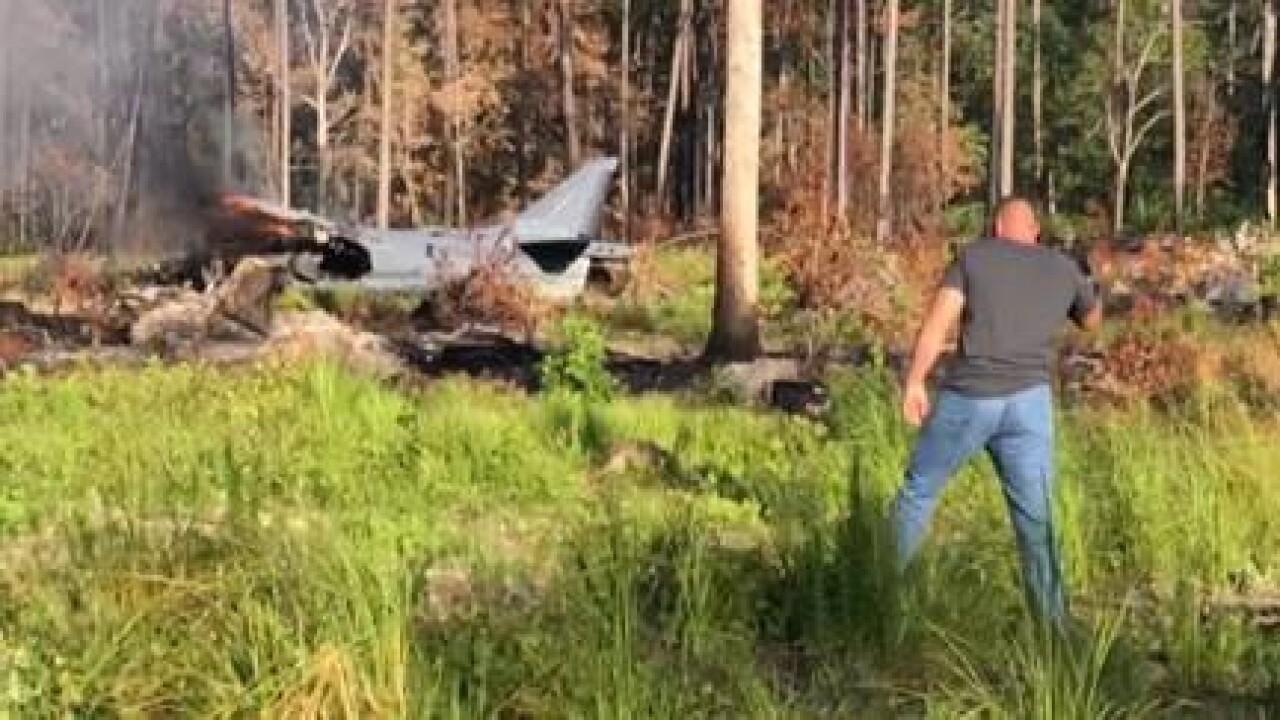 The pilot of the AV-8B Harrier ejected safely and was taken to Carolina East Medical Center in New Bern for further evaluation.

There are no reports of civilian casualties or property damage at this time, the 2nd Marine Aircraft Wing said.

The crash site has been cordoned off by military officials.

The cause of the crash is currently under investigation.