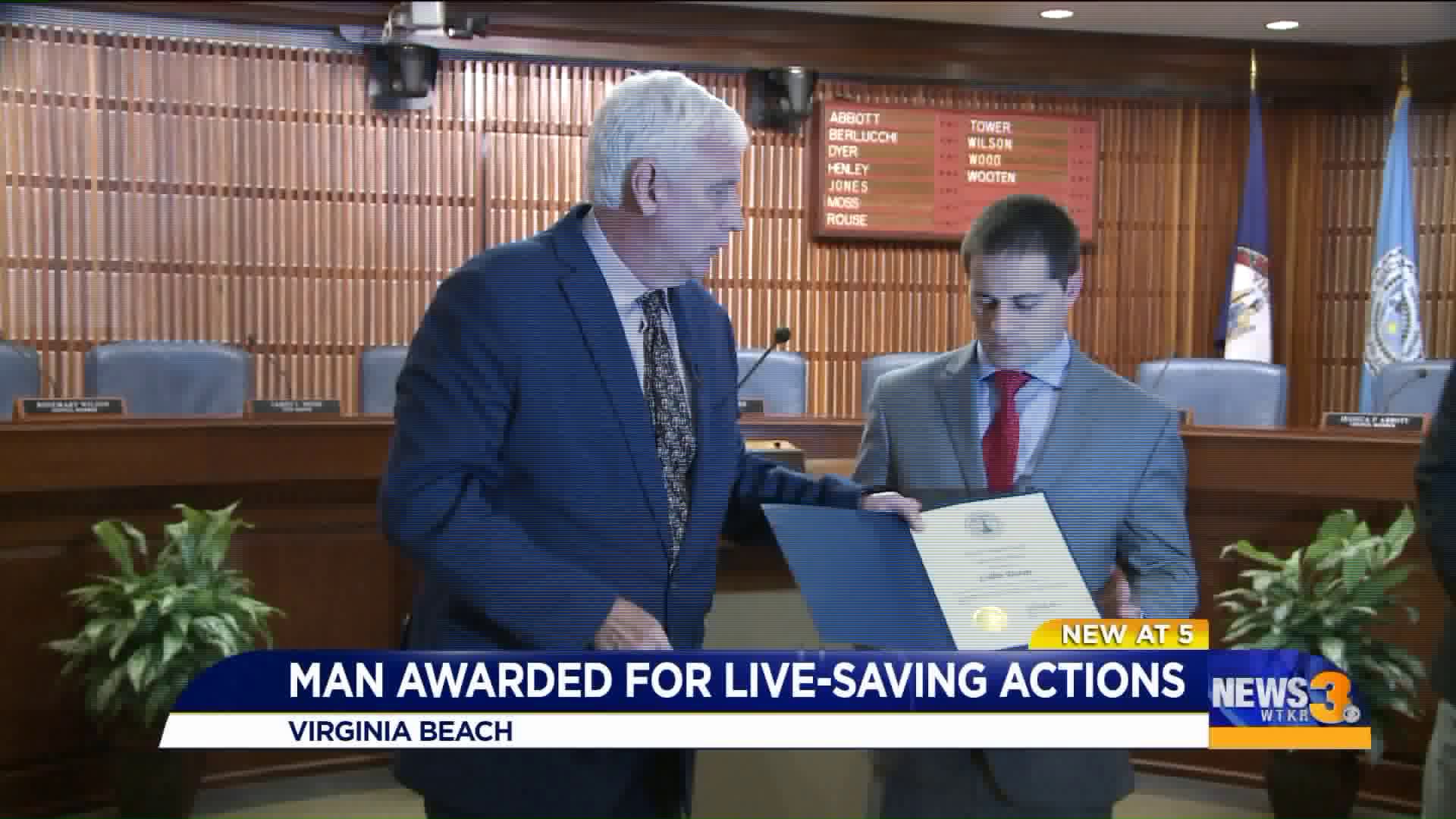 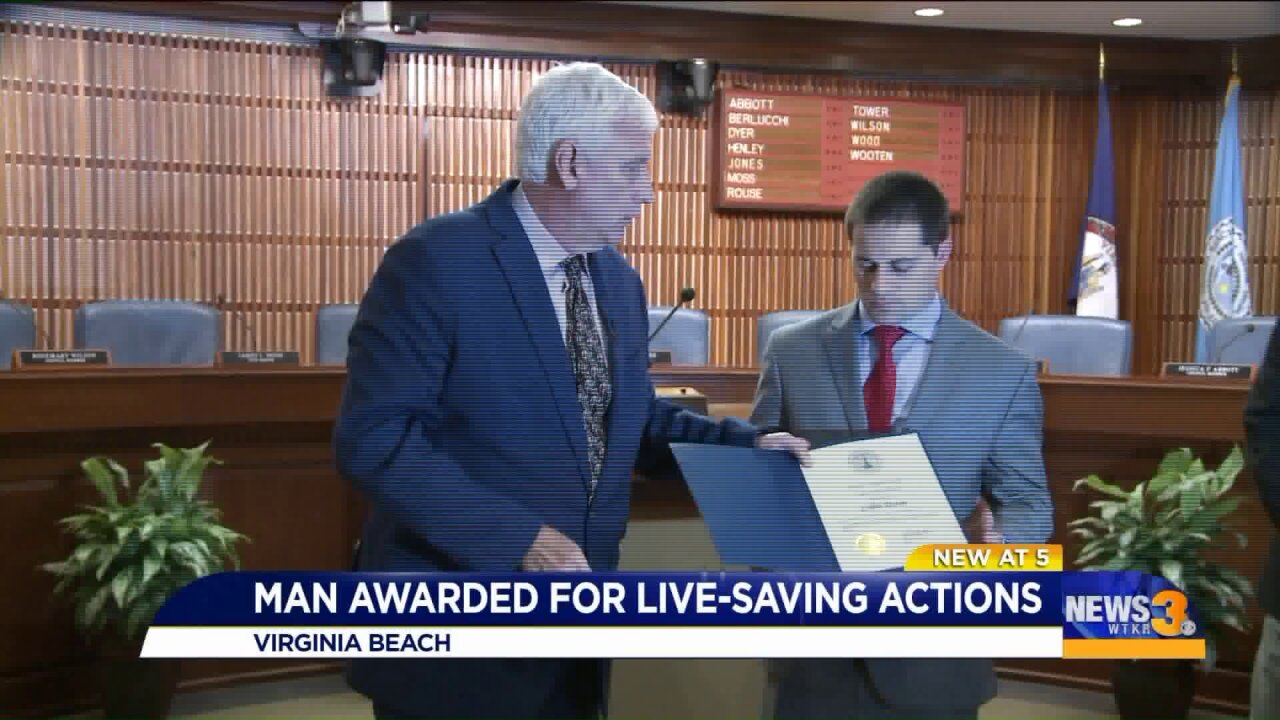 VIRGINIA BEACH, Va. - Collin Dozier believes there are no coincidences.

When he had the chance to help rescue a man contemplating suicide on the Lesner Bridge, Dozier thinks he was there for a reason.

"I just got called," he said. "That's the only explanation I can even explain. God called me to go to the bridge."

Dozier was on his way home on April 25 at around midnight, heading westbound over the bridge when he noticed a man leaning over the outside railing of the bridge. Dozier circled back and decided to head up the bridge and talk to the man.

As police arrived, Dozier continued talking to the man and told him not to do it, but the man grew hostile. "He said, 'Leave me alone right now. There's going to be two murders tonight. I have a gun. I'm telling you both if you don't leave me alone," he said.

As the time passed, Dozier waited for a moment when the man was distracted and used his years of wrestling skills to subdue him. Police then took the man into custody alive. "Being a wrestler and wrestling my whole life, I knew if I got him around him he's not getting out."

For his actions, Mayor Bobby Dyer presented Dozier with a Lifesaving Award on Wednesday afternoon. Dozier hopes the story is a reminder to people that they're not alone.

"I want to reach out to people who are hurting," he said. "There are people out there who are going to love you and don't even know you. That love is real and it's really from Jesus."

Dozier says he's now mentoring the man he helped rescue and the two attend church together.