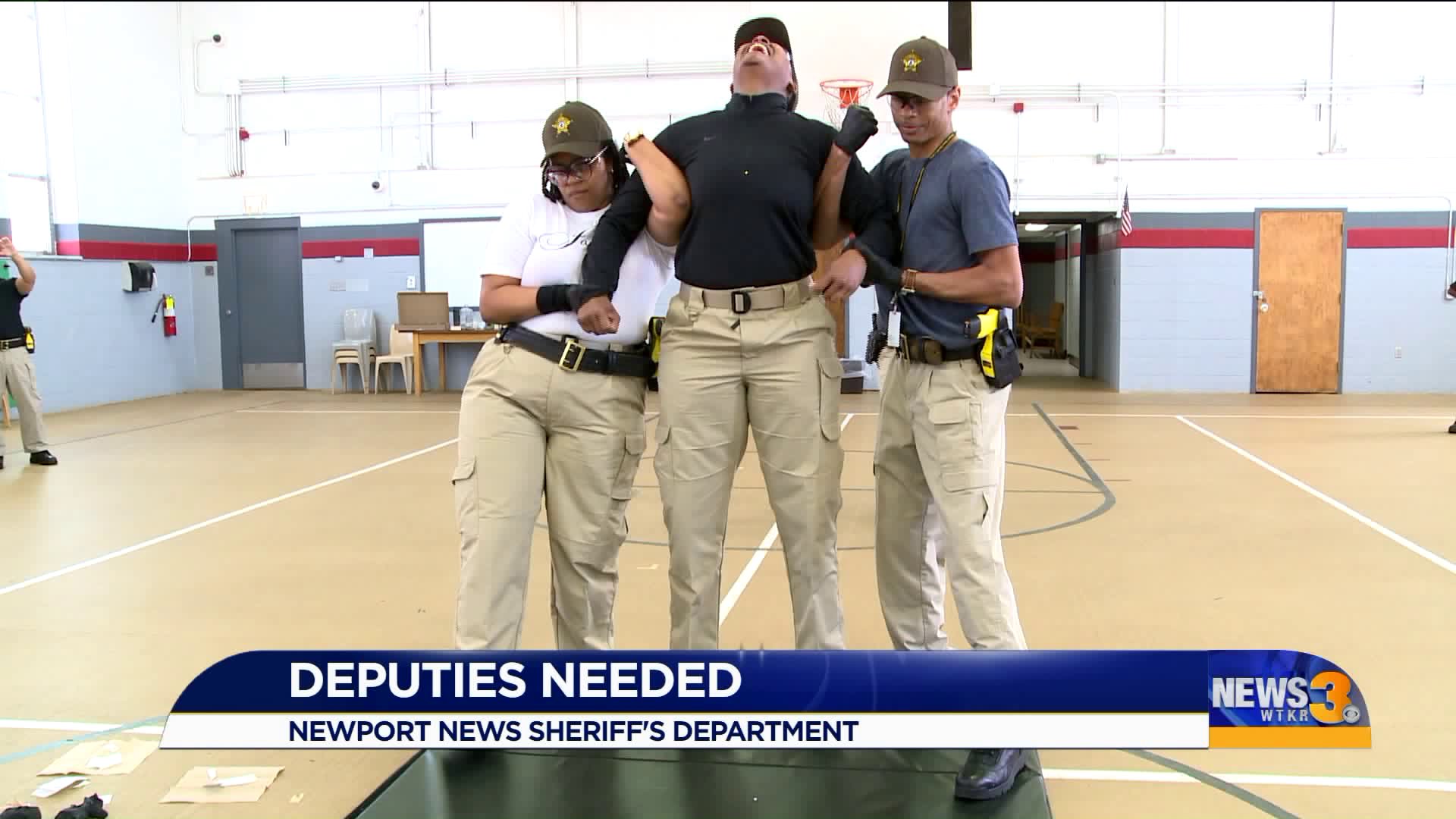 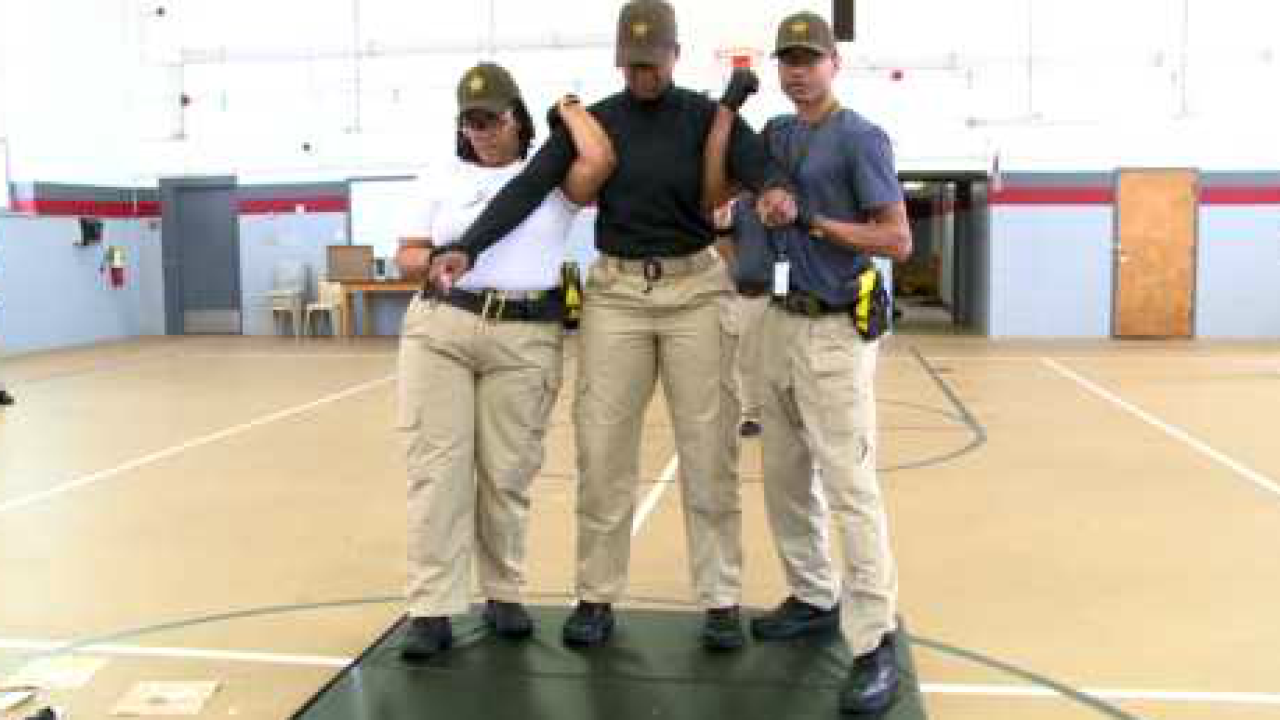 NEWPORT NEWS, Va. - It's a tough job, but somebody's gotta do it.  But what if no one wants to be that somebody?

"We call this 'the toughest beat on the street,'" said Major David Hughes with the Newport News Sheriff's Office.

He's looking for recruits to join the force, but this day in age, they are hard to come by.

"This is the biggest shortage we have had in decades, probably since the 1990s," Hughes stated. "We have almost 40 vacancies."

Hughes attributes the lull to a blossoming economy, and as a result, his potential applicants have a lot of options as most agencies across Hampton Roads are also hiring - which means applicants are pitting agencies against each other to get the most cash.

"That and negative impressions of law enforcement in this country creates a difficult environment when we recruit," stated Hughes.

However, 42-year-old former security guard Chico Cannady is stepping up to the plate. He's decided he wants to work alongside some of society's most dangerous citizens 12 hours a day patrolling the walls of the Newport News Jail.

"I've always wanted to serve in some type of way. Everyone needs some sort of feeling of comfort and safety, and someone has to do the job," said Cannady.

Cannady will be far from a 8 to 5 job. He'll make around $38,000 but will only work 14 days a month, which the agency believes is attractive.

"Yes, our deputies are locked in a jail all day, but on the flipside we have great benefits, we give back and we are all like a family," said Hughes.

The shortage of deputies is not just in Newport News; the need for sworn officers is being felt all across Hampton Roads and nationwide.

The Department of Justice says since 2013, the total number of officers has fallen by about 23,000.

"For anyone that is service-oriented, this is a great profession," said Hughes.

The Newport News Sheriff's Office says they are targeting former military as well as young folks straight out of high school as part of their new Cadet program designed to prepare 18-,19-, and 20-year-olds for a deputy sheriff career at age 21.

To learn more about the jobs and the cadet program click here.