Chesapeake firefighter goes above and beyond to save baby from fire 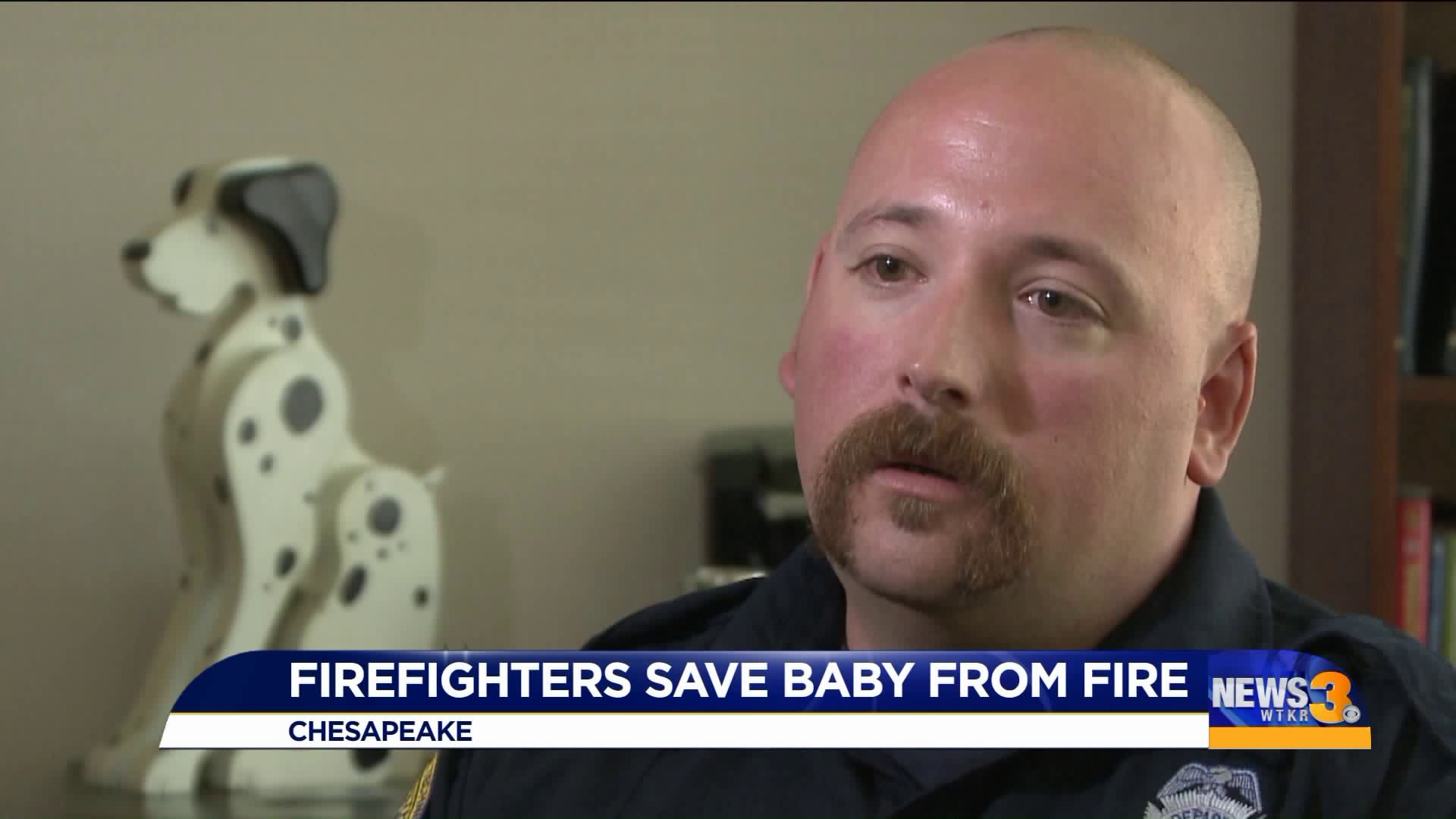 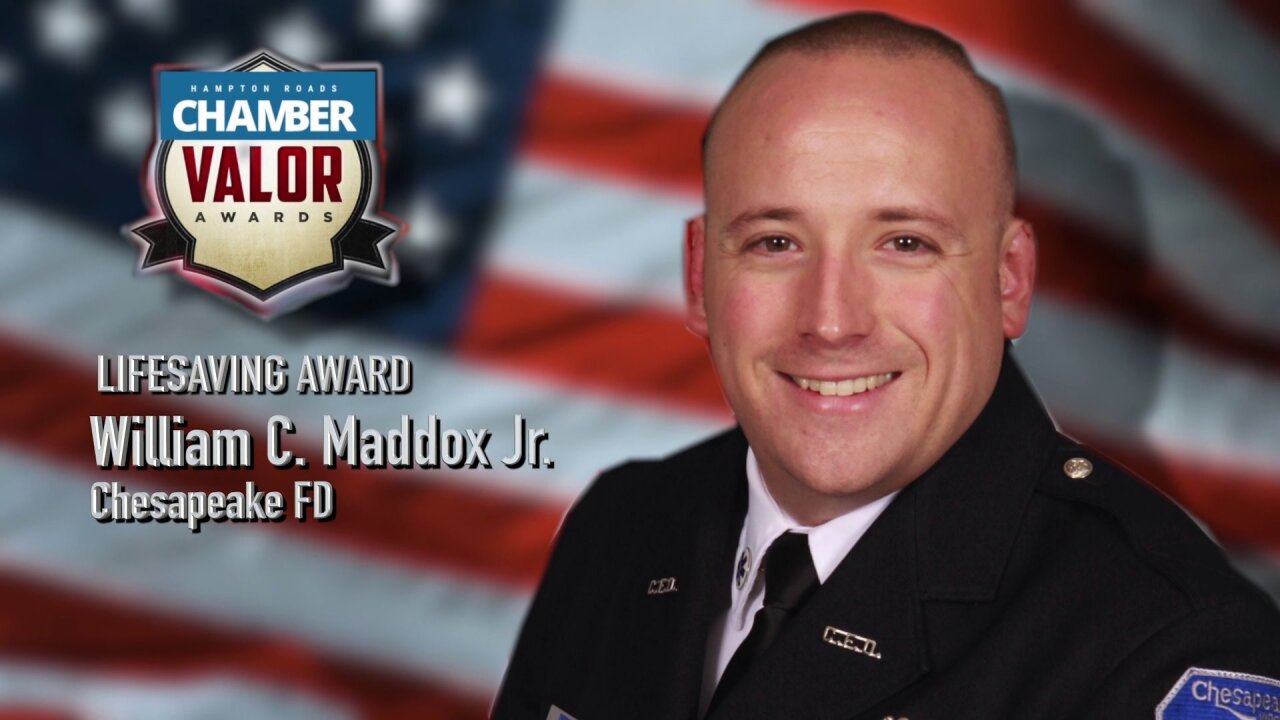 CHESAPEAKE, Va. — Thousands of men and women in uniform put their lives on the line every day when they go to work in Hampton Roads. On Monday night, we begin a series dedicated to first responders who went above and beyond the call of duty.

The Valor Awards are presented by the Hampton Roads Chamber. Our first story shows the amazing efforts of a Chesapeake firefighter who saved a baby left alone in a burning home.

Chief Edmund Elliott with the Chesapeake Fire Department said, "When that call came in — house fire with children trapped inside — the firefighters know it's game time."

"The house was on fire and there were possibly four children trapped inside the structure. We instantly go into overdrive. I noticed a police officer walking down the street. As I turned, I counted four children. OK, the kids are all out that. Now we have a structure fire that we need to deal with," Firefighter/EMT William Maddox said.

One thing no one on the scene knew was that there was also an infant that was inside the house.

"One of the parents screamed, 'There's a baby inside! There's a baby inside!' I clipped on my mask and ran in the house and went to the right. When I found that first bedroom, I wasn't sure if this is the bedroom the child was in or not. At that point, I was getting frustrated because I knew there was a child inside and I knew ... I have all kinds of gear and stuff to protect me. I know the baby doesn't," Maddox said. "And I remember when I went in, I could see the silhouette of a window. I ended up sticking my hands on the curtain and just ripped them down. At that point, it was like a spotlight shines on the baby and he took a breath, and that was relieving. 'Oh, OK, that he was still alive. Oh, OK, pick him up', and [I] turned around and ran as fast as I could."

"For us, that was above and beyond and that child is still alive today because of Firefighter Maddox and his quick actions and his quick thinking," Chief Elliott said.