Blood, signs of decay found in man’s car after he said his fiancee’s child was abducted 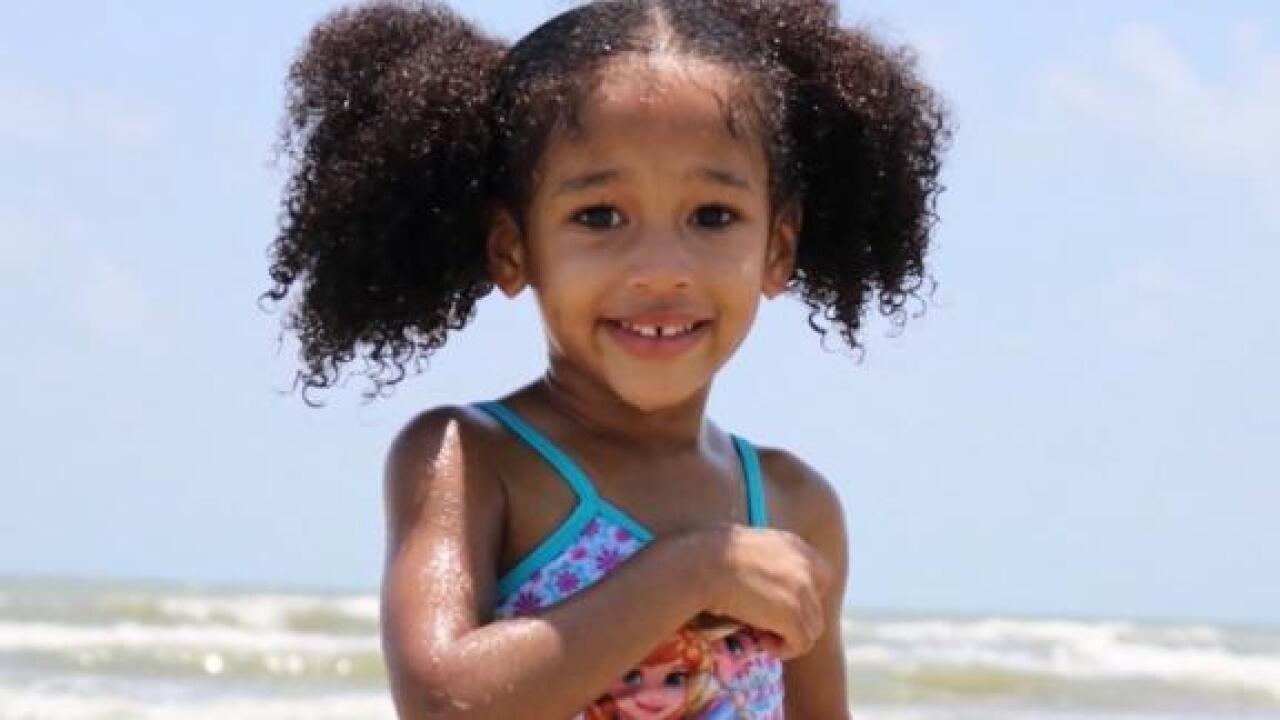 A little more than a week ago, the man who was watching 4-year-old Maleah Davis told police he, the young girl and her brother were abducted by three Hispanic men who knocked him unconscious. When he awoke on the side of a road after nearly 24 hours, he said the young girl wasn’t there.

The man who was watching 4-year-old Maleah Davis told police he, the young girl and her brother were abducted by men who knocked him unconscious. When he awoke on the side of a road, he said the young girl wasn’t there. Evidence detailed in court documents says otherwise.

But court documents detailing evidence collected by investigators tell a different story from the one Derion Vence told Houston police.

There’s footage of him being dropped off at the hospital he said he walked to. Blood from his car matches DNA from Davis’ toothbrush. He was seen walking out of his apartment with a big plastic bag — and Maleah was never seen leaving the home since.

A week since his initial account, there is a “substantial likelihood” Vence will be charged with murder, court documents state.

Vence, 26, was arrested Saturday and booked into the Harris County jail on suspicion of tampering with evidence — a human corpse, according to police, who have not yet said whether or not Maleah is believed to be alive. Tampering with a human corpse is a second-degree felony in Texas. If convicted, he faces between two to 20 years in prison.

In court documents dated Saturday, a Harris County assistant district attorney argued for Vence to be held on a bond of $1 million because “there is a substantial likelihood that additional charges may be forthcoming, including but not limited to the first-degree felony offense of murder.”

His attorney, Thomas H. Burton III, told CNN that he has not seen the evidence in the case against Vence, so would not comment on the case.

CNN reached out to Vence several times last week but did not hear back.

Police refer to Vence as Maleah’s stepfather. A spokesman for the mother’s family told CNN the two were engaged but that has ended. Police previously had spelled his first name as “Darion.”

What he says happened

Vence told investigators last week he had Maleah and his toddler son in the car as he was driving to the airport to pick up Maleah’s mother on May 4. At some point, he told police, he heard a popping noise and went to check on it.

When he stopped, Vence said a blue pickup truck pulled up behind him and two Hispanic men got out. One hit him and knocked him out for nearly 24 hours. He told investigators when he woke up a day later, his son was there but Maleah was gone.

He said he walked to a nearby hospital where he received medical attention for injuries he said he sustained in the alleged abduction, and reported Maleah missing, police said.

Dogs pick up ‘scent of decomposition’

Vence said the car he was driving, a silver Nissan Altima, was stolen when he was abducted, but surveillance footage viewed by authorities shows Vence being dropped off at the hospital on May 5 in the same vehicle.

The Altima was recovered Thursday in a shopping mall’s parking lot in Missouri City, Texas — about 5 miles from where Vence said he woke up.

When authorities inspected the vehicle, they discovered a blue laundry basket along with a gas can, according to probable cause documents in Vence’s arrest.

According to those documents, police also had two separate dogs trained to pick up the smell of cadavers walk around the Altima and other vehicles in the parking lot. Both dogs barked at the trunk of the Altima, the documents state, indicating the “scent of decomposition in the vehicle.”

Houston detectives found drops of blood in the hallway that led to the bathroom and on surfaces in the bathroom.

Investigators discovered evidence of more blood by using a “chemical reagent” that reacts to the presence of blood that may not be visible to the eye, such as when a person has attempted to clean it up, the documents state.

Vence allegedly told investigators “that there should be no blood in the home and that no one was recently bleeding.”

Investigators also saw surveillance footage captured from the porch of an apartment next door to Vence’s, the affidavit said.

In the footage, Vence is seen on May 3 leaving the apartment with a large blue laundry basket with a black trash bag inside.

Vence returned a few minutes later, the documents say. He then walks back out of the apartment carrying cleaning supplies, including bleach.

According to the affidavit, the camera never again captured Maleah leaving the apartment.