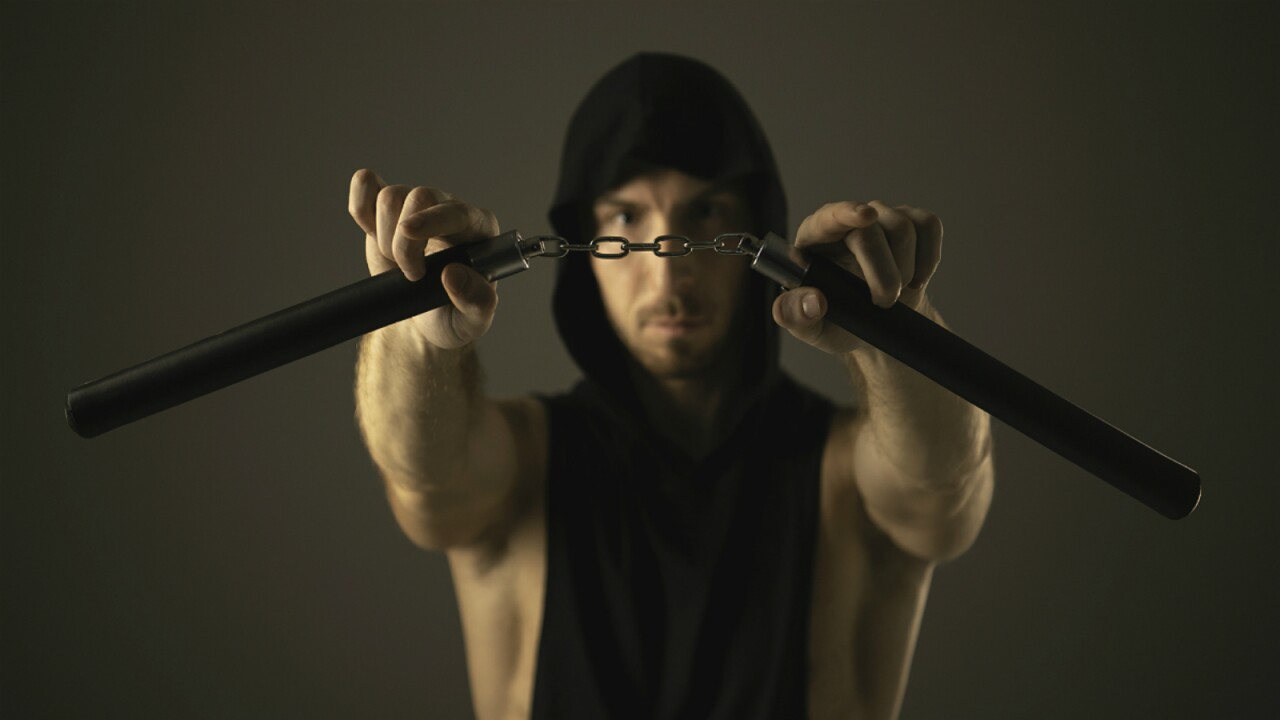 Nunchucks are now legal in Arizona after Gov. Doug Ducey signed a law lifting the ban on the martial arts weapons.

They were on the state’s list of “prohibited weapons,” along with automatic firearms, sawed-off shotguns, grenades and IEDs.

Nunchucks, or nunchaku as they are also known, were described in the legislation as “two or more sticks, clubs, bars or rods to be used as handles, connected by a rope, cord, wire or chain, in the design of a weapon used in connection with the practice of a system of self-defense.”

They were reportedly added to the deadly weapons list in response to the Kung Fu movie craze in the 1970s.

Ducey signed the measure to remove nunchucks from the list Friday.

“It’s good to know that nobody’s going to get arrested for carrying their nunchucks to their training,” Shawn Sample, a Phoenix karate instructor told CNN affiliate KTVK/KPHO.

Arizona residents are allowed to carry guns without permits or licenses, according to the NRA’s Institute for Legislative Action and the Giffords Law Center To Prevent Gun Violence.

“I find it interesting that a state that allows you to walk around with a gun on your hip worries about nunchucks being a problem,” Sample said.

He said martial artists aren’t using nunchucks to commit crimes and they’re not practical for self-defense. “If you pull yesterday’s weapons out on today’s people, they could pull a gun out and shoot you,” Sample said.