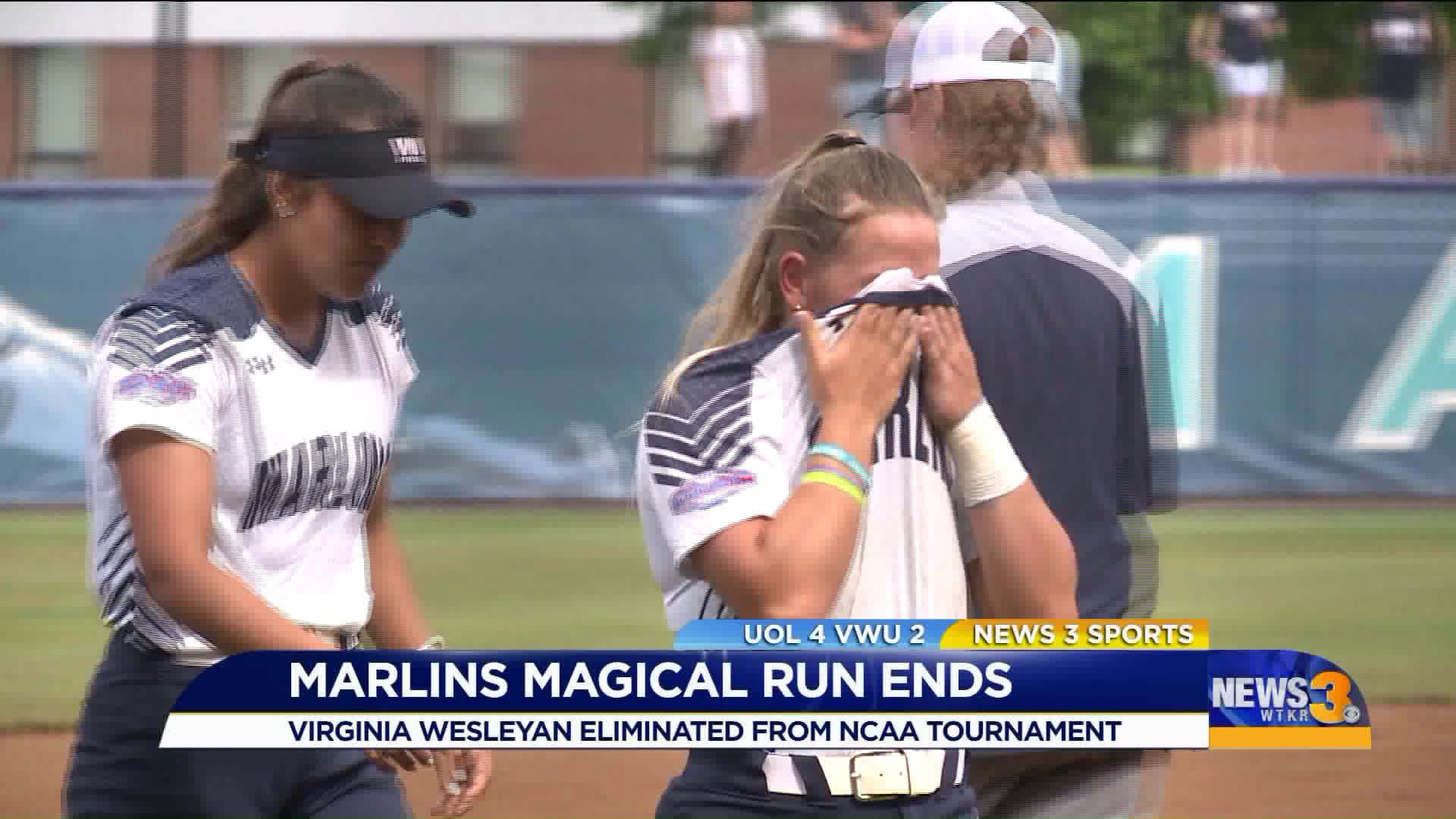 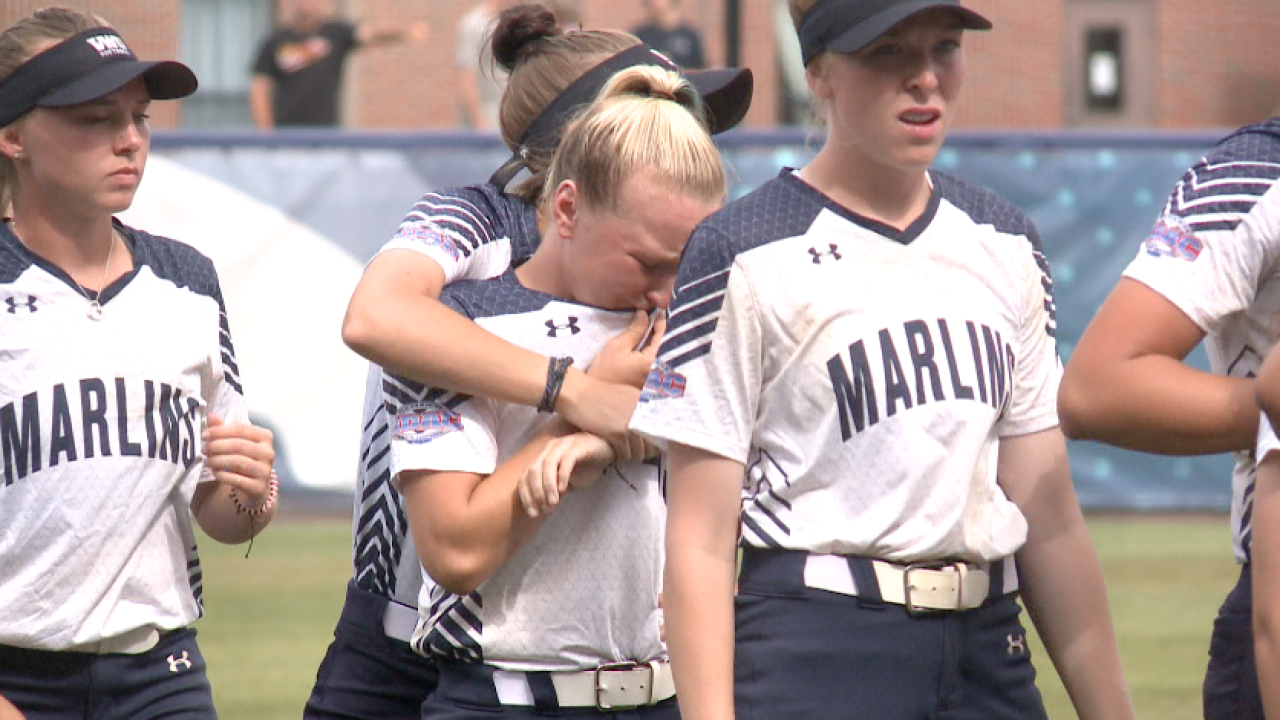 VIRGINIA BEACH, Va. (VWU Athletics) - The No. 1 Virginia Wesleyan University team dropped both of its game against Lynchburg on Sunday and with the losses, have bowed out of the NCAA Division III Championship.

The Marlins fell 7-4 game one before dropping game two 4-2. It's the first time Wesleyan has lost consecutive games since May 2017. The Marlins conclude their season with a record of 42-6.

It was an early lead for the Marlins as Madison Glaubke opened up the bottom of the first with an infield single. She would move to second on a sacrifice bunt and then was able to reach home as Sinnett doubled to left field.

Lynchburg stormed back with a couple of home runs to put them up 7-1. The Marlins attempted a comeback as Jessica Lindsay homered but the attempt would fall short.

Hanna Hull picked up the loss on the evening, striking out two over 4.0 innings. Carla Hall finished out the final three innings.

This time it was Lynchburg who was first to score as the Hornets put up one in the bottom of the first frame. Things went quite for the next few innings but the Marlins were able to take their first lead in the top of the sixth. Kaylah Duplain got things going with a single and, after being pinch ran by Mackenzie Watts, moved to second as Sinnett picked up a walk. Katelyn Biando then singled down the left field line and after the fielder booted the ball, both existing runners were able to score.

The lead only lasted a moment though as Lynchburg picked up three in the bottom of the inning. With rain starting to come down, Lynchburg's Taylor Maybry had a three-run shot that would end up being the deciding factor.

At the conclusion of the tournament, Jessica Lindsay, Hanna Hull and Julia Sinnett were all named to the All-Tournament Team.