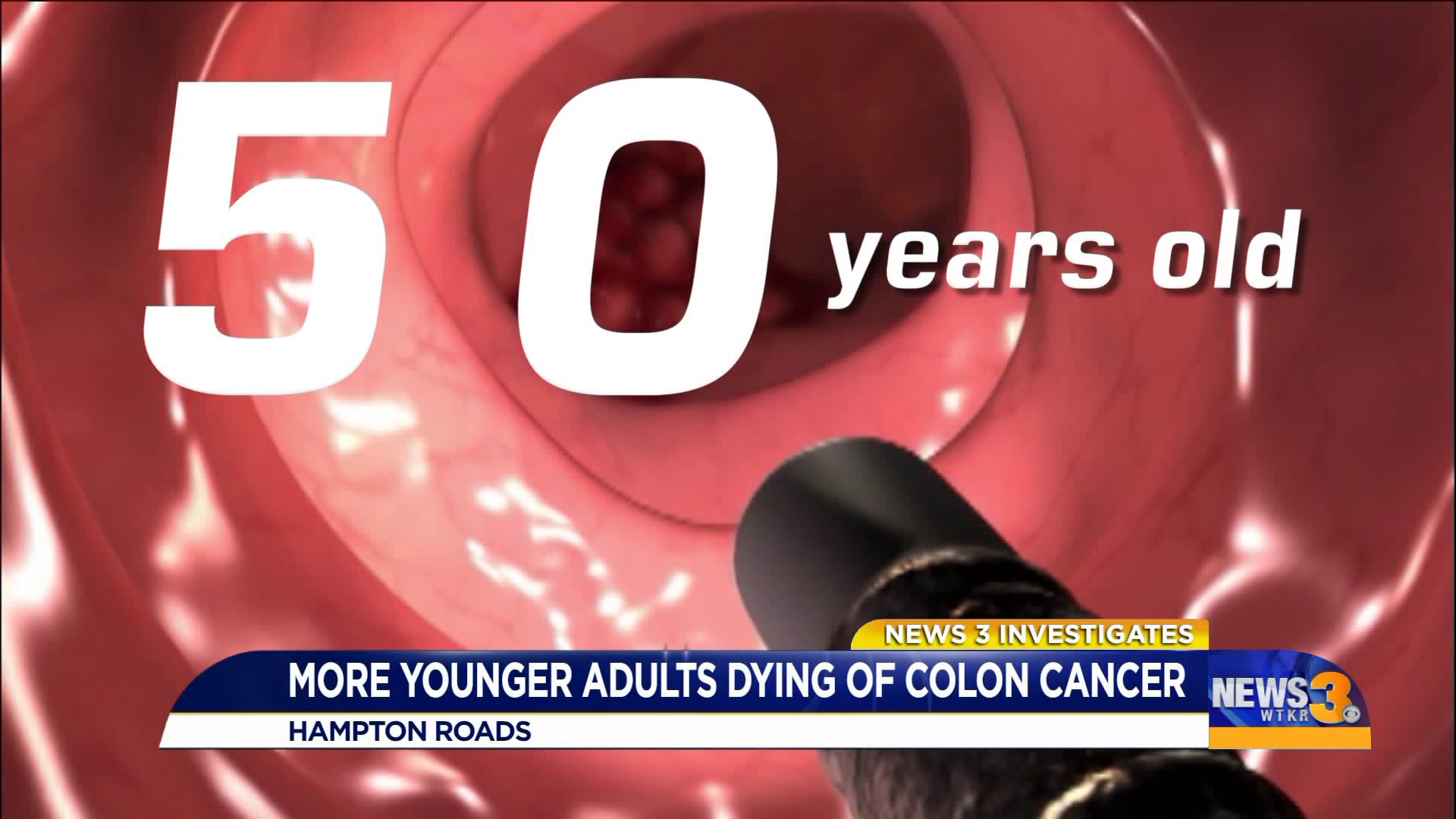 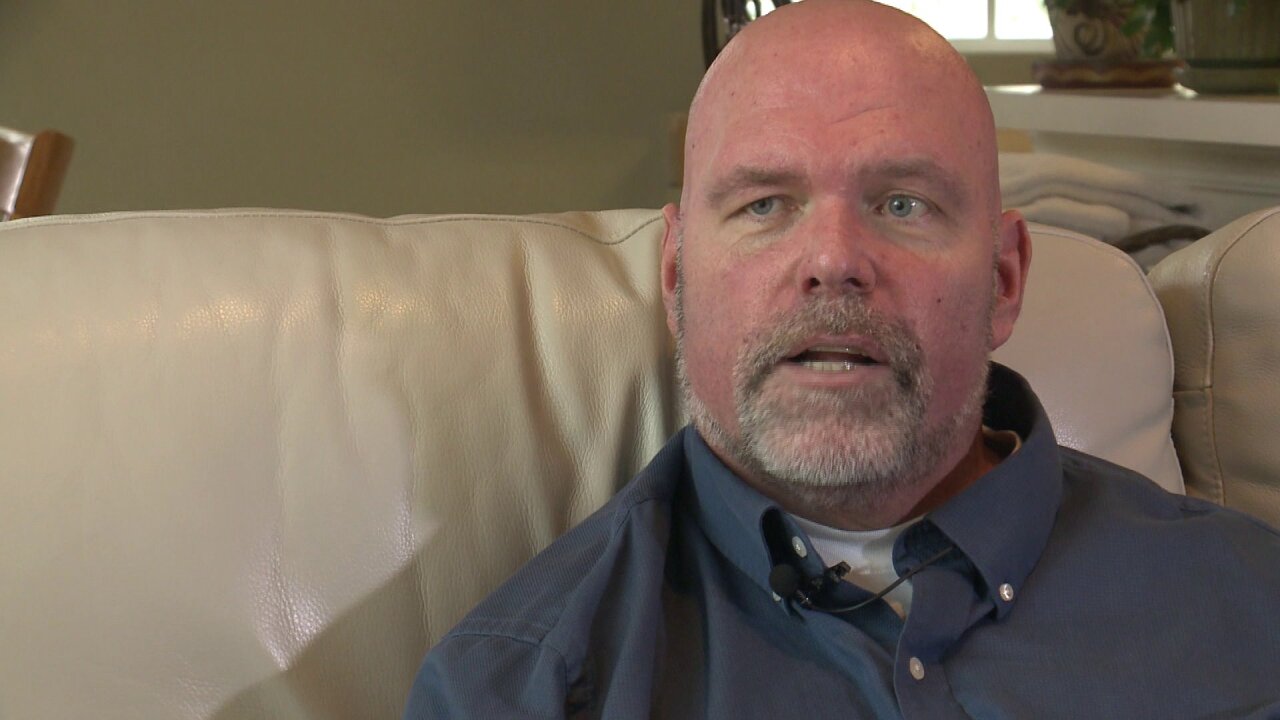 HAMPTON ROADS, Va. - Experts say younger adults are dying at an alarming rate, and one study called our region a hotbed for it.

We are talking about colon cancer and the deadly effects it's having in our community.

52-year-old Brian Mann has worked hard his entire life and said he followed protocol from doctors about screenings and prevention of disease.

He said he would eat right and exercise regularly.

Three years ago, he said he started having medical problems.

"I would have some blood when I used the restroom and at first, they thought it was an infection."

It was no infection, and Brian received devastating news: He was diagnosed with colon cancer at 49 years old.

"If I would've gotten a colonoscopy two years prior, then I wouldn't have any of this. You're put on a track of a terminal illness when you know your time is up. It's just a matter of how long that time is," Mann said.

Brian, a special ed teacher at Ocean Lakes High School, turned to David Bostic, a biology teacher. David is all too familiar with the journey that Brian is on right now. He went through it with his wife, Olivia, who died from colon cancer in 2014.

"He is my personal counselor, He is in my office constantly. He was helping me and giving me advice and probably talking me off the ledge a little bit, which was a tremendous help to myself, my wife and my children," said Mann.

David says at 37, his wife was in the best shape of her life and worked as a physician's assistant.

"I don't have a picture where she wasn't smiling. [There was] never a moment where she could walk into a room and not brighten everything up. She was a very dynamic person," he said.

Medical experts say overall, fewer people are dying of colorectal cancer, but what's concerning is an increase in the number of younger adults getting it.

"Why are younger people getting and dying of colon cancer is not fully known. There's a lot of research going on now," Dr. Bruce Waldholtz with the American Cancer Society said.

In January, Waldholtz was named to the National Board of the American Cancer Society Cancer Action Network Board.

He said they have lowered the screening recommendation from 50 to 45 years old.

The society said the change was made after new data showed younger adults being diagnosed. One study in 2015 found concerning information about our region.

He said certain areas within Portsmouth and Norfolk have a much higher morality rate for colon cancer because people are being diagnosed too late and there is less access to care.

"In fact, your ZIP code may be more important than your genetic code in terms of your lifelong risk of both getting, being diagnosed and being successfully treated for cancer," Dr. Waldholtz said.

Sadly, experts say 51,000 people will die this year from colon cancer. To put that in perspective, that's about half the population in the City of Portsmouth.

So, what can you do to protect yourself?

"Colonoscopies certainly save lives. Screenings save lives and can decrease the risk by 50 to 90% with screening," Dr. Waldholtz said.

Experts say look for rectal bleeding or blood in your stool, change in your bowel habits that last for more than four weeks, overall weakness or unexplained weight loss.

News 3 spoke with Lisa Hall, who had a friend who died from colon cancer.

"It's important for everybody but specifically younger patients to know your body and talk about your symptoms with a physician," Hall said.

Olivia Bostic's loved ones said any small change could be something that could save your life.

They started a non-profit called LivOn to educate more people, to help patients financially and to remember the beautiful young woman they miss every day.

"We get to keep her thoughts alive by presenting it and helping other people. She's helped a tremendous number of people just through the foundation," David Bostic said.

They are helping people like Brian and his family as they continue their battle.

"Without the help, I would be in a world of hurt financially, but more importantly the education," Mann said. "Obviously, we're fighting every day and I'm going to continue fighting."