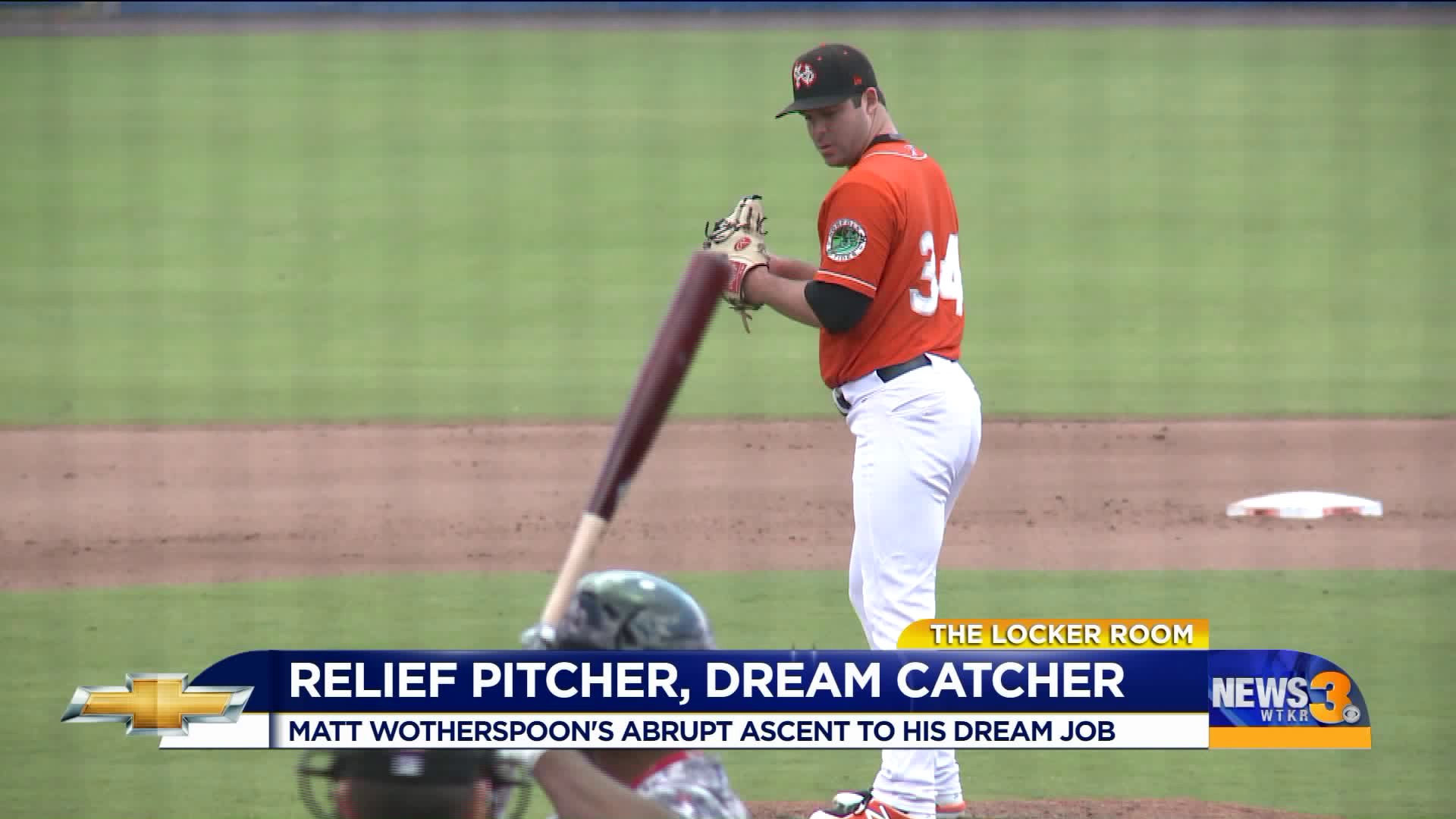 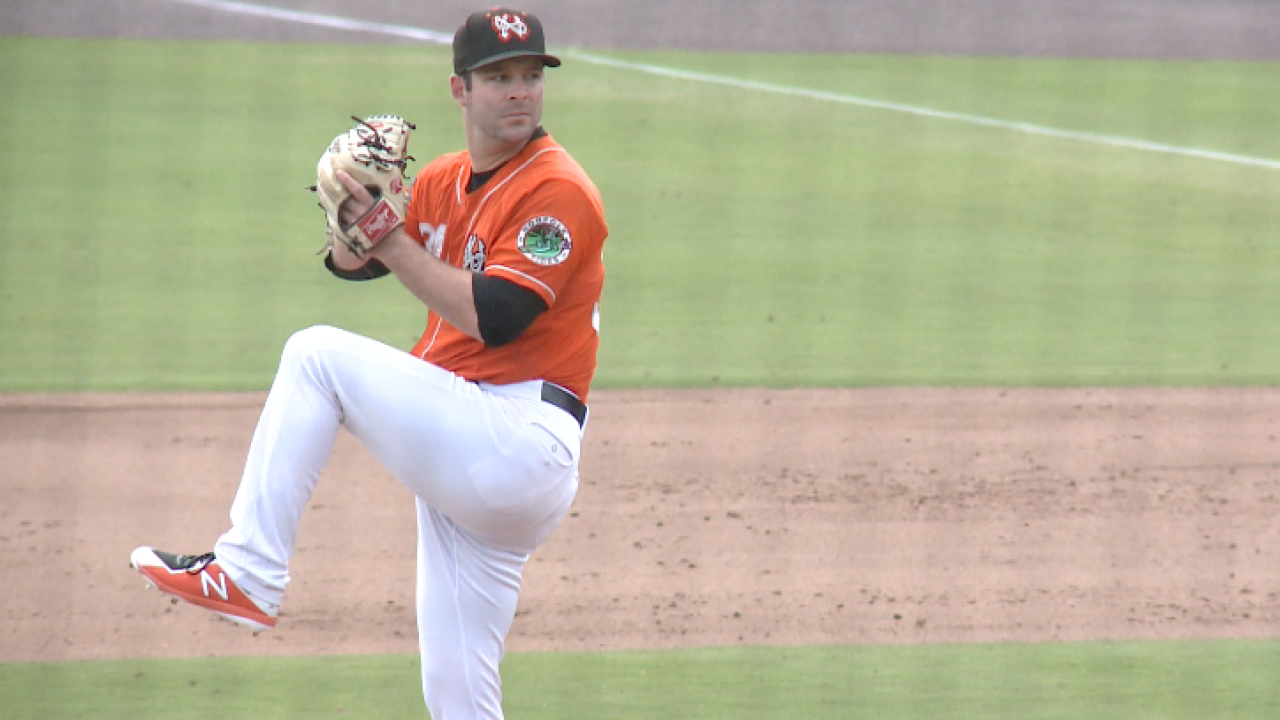 NORFOLK, Va. - They're the basics of baseball: pitch and catch. But at the minor league level, specifically Triple-A, it's a catch 22.

The players, likely every single one of them, are being paid to play they love - yet none of them want to be there. The goal is to be a big leaguer, not a minor leaguer. News 3 spotlights a Norfolk Tides pitcher whose Major League stint was quicker than a triple-digit fastball.

Life in the bullpen for a relief pitcher.

There's plenty of throwing, a lot of pacing - but more than anything? Waiting. Anticipating that call to enter the game - one that might not even come.

For Norfolk Tides right-hander Matt Wotherspoon, the call he received early last month is unlike any other he'll get - in the bullpen or in his life.

"The short answer is yes, I was definitely surprised," Wotherspoon told News 3. "I don't think anybody ever really expects it."

On April 3rd Wotherspoon, who is in his sixth season of minor league baseball, was called up to the Baltimore Orioles, Norfolk's big league club.

On his first day in the majors - his first wearing the Baltimore uniform, Matt, a 34th round draft pick who was not even invited to big league spring training this year, was called upon to make his Major League debut. The game was in Toronto. So was his fiance, Beth, and his parents Matt and Teresa.

"I couldn't put a price tag on it," the elder Wotherspoon told MASN while watching his son pitch in the Major Leagues for the first time. "I've got goosebumps as I'm sitting here being interviewed."

Wotherspoon allowed three runs in two innings in a 5-3 Baltimore loss. He was sent back to Norfolk after the game and has been in Triple-A ever since. Like many little kids (and some grown-ups), Matt dreamed about playing in the majors one day. He's been a big leaguer for exactly ONE DAY of his 27-and-a-half years on this planet. Dream come true.

"When that moment finally comes, all the hard work you've put in - it's emotional," Wotherspoon revealed. "It's something I'll cherish for the rest of my life. Obviously everybody would like to be in Baltimore – but as far as my mindset right now, I’m trying to have as much fun as I can possible have here in Norfolk and kind of be where my feet are."

And those feet will help with the pacing and the pitching, awaiting that next call - one than might not even come.