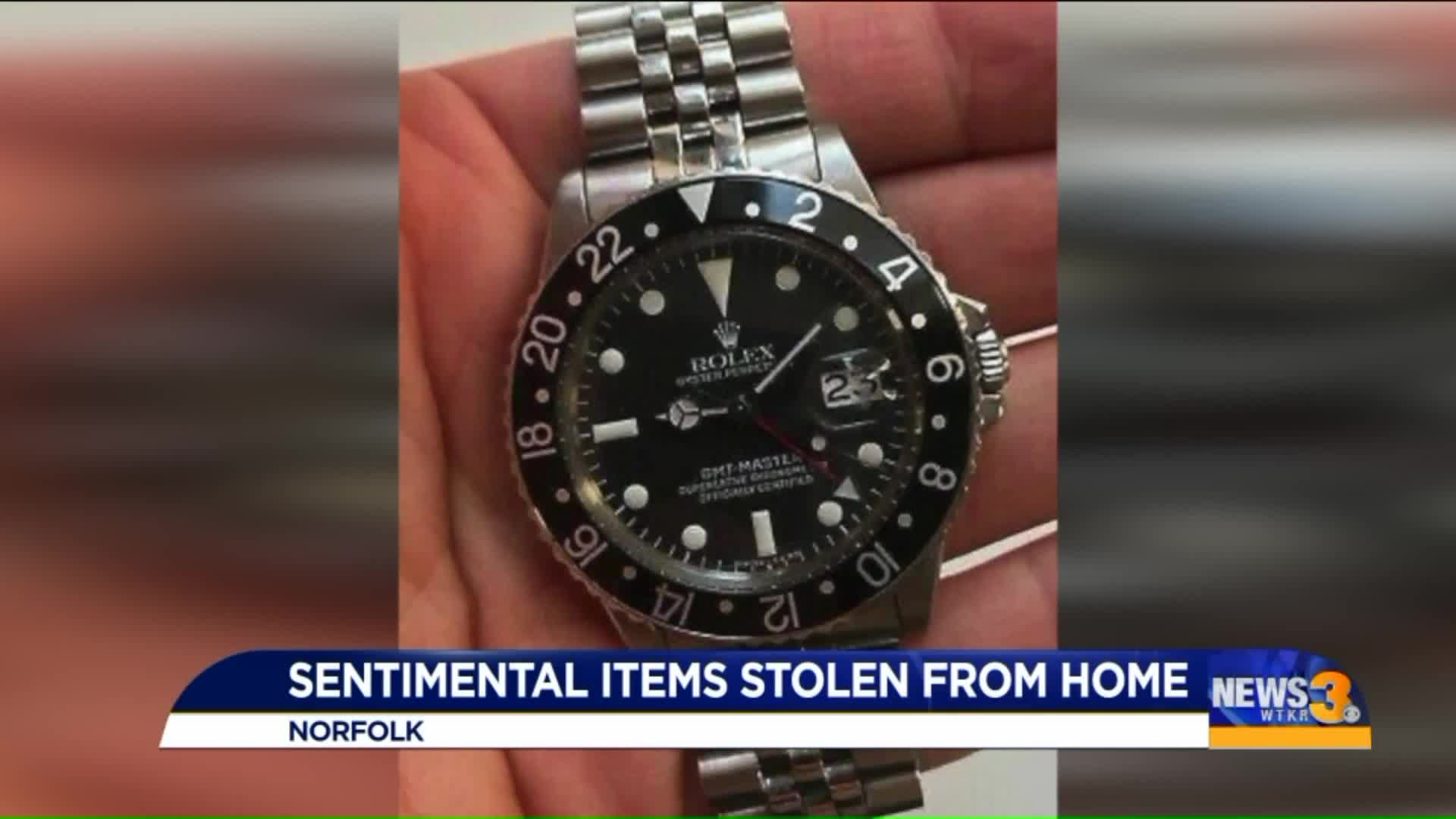 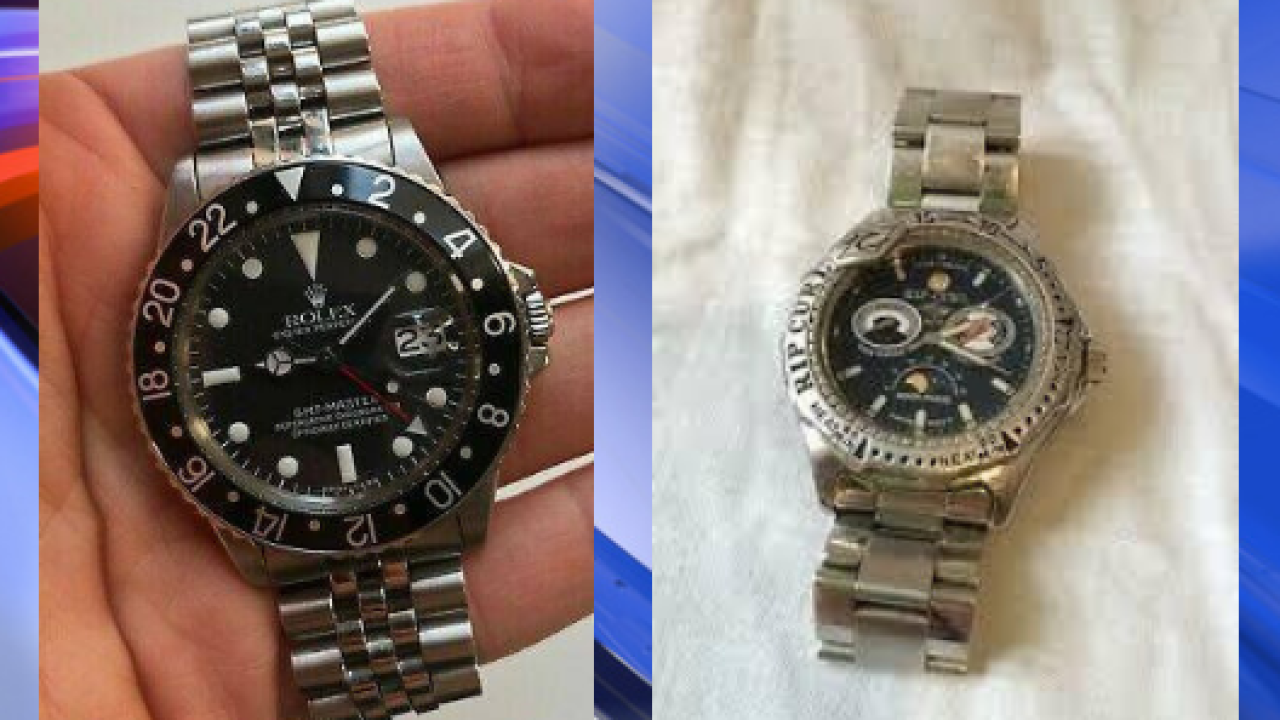 NORFOLK, Va. - Thieves in Norfolk recently got away with hundreds of dollars’ worth of electronics from a home in the Camellia Acres neighborhood, but that’s not what has the homeowner most upset.

Gary John told News 3 reporter Brian Hill there are two things he really wants to get back: His Rolex and two Rip Curl watches.

John has worn the two watches for a number of years.

However, today his wrist is bare. 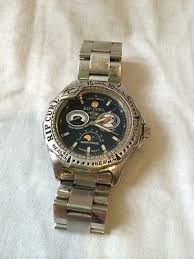 Over the weekend, someone forced their way into John's home on Tidal Road, according to a police report.

The report said that on Saturday morning, John came home from work to find broken glass on the ground and his back door open. After walking into his house he realized, along with the watches, someone snatched his TV, Blu-ray player, computer and video camera.

According to the city’s crime map, there haven’t been any burglaries nearby in several weeks.

The police report states that his parents live next door. It also mentions that he told officers they were the only ones who knew his schedule and that he wouldn’t be home.

John said out of everything taken, the watches have sentimental value to him.

"If anyone hears about them being for sale, please tell me or tell the seller to contact me. I will purchase them back with no questions asked," he said in a Facebook post.