More than 1K guns found in L.A. home during investigation into illegal selling, manufacturing of weapons 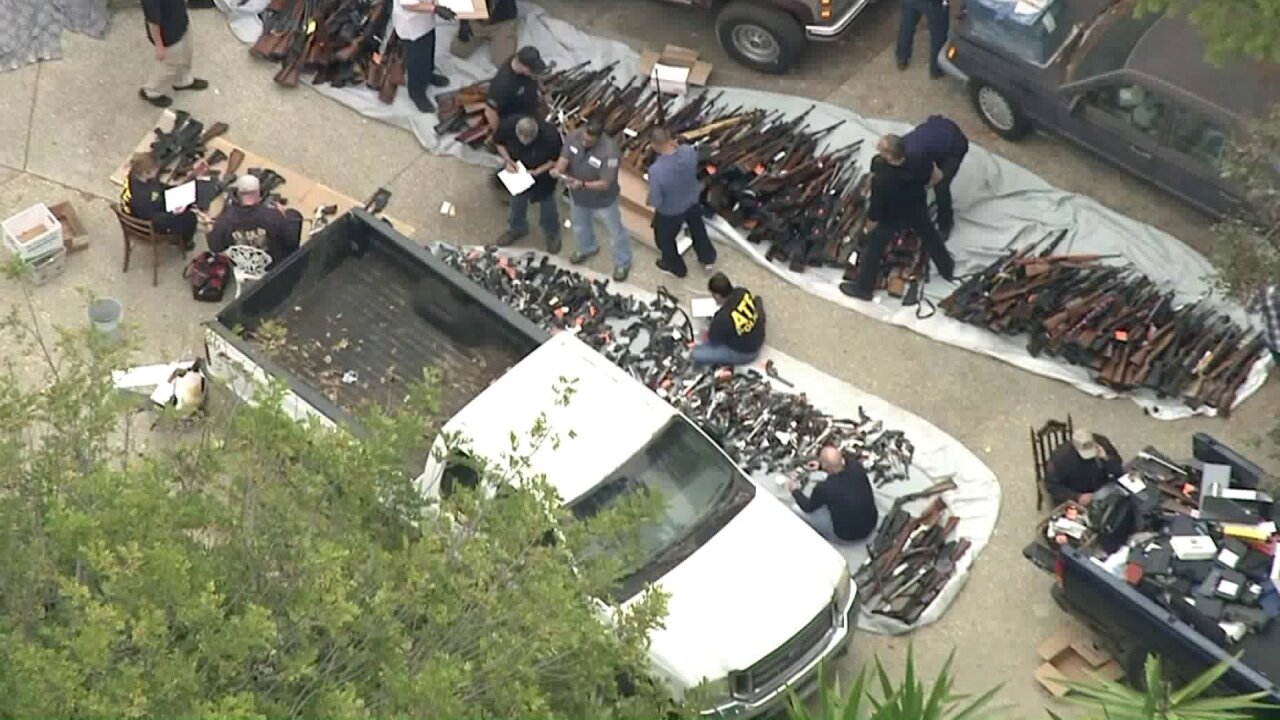 ATF officials investigate after hundreds of guns are found in a Bel-Air home on May 8, 2019. (Photo: KTLA)

LOS ANGELES (KTLA) - More than 1,000 guns were recovered from a Bel-Air home Wednesday during an investigation into the illegal selling and manufacturing of weapons, officials told KTLA.

One person was detained at the home in the 100 block of N Beverly Glen and is cooperating with authorities, police said. Police only described that person as a "he."

Los Angeles Police Department and the Bureau of Alcohol, Tobacco, Firearms and Explosives officials were conducting a joint investigation when a search warrant was served about 4 a.m.

Aerial video from Sky5 showed federal agents and police examining thousands of guns laid out in a courtyard area of the home. The property is in an upscale area of multimillion-dollar homes.

LAPD Lt. Chris Ramirez said the guns are of all makes, calibers and models, and that more than 1,000 rounds of live ammunition were also recovered from the home. The weapons will be itemized and booked into evidence, the lieutenant said.

"This is a big stash," Ramirez said. "It's beyond comprehension that somebody can have so many weapons in a residence like this, in a neighborhood like this." 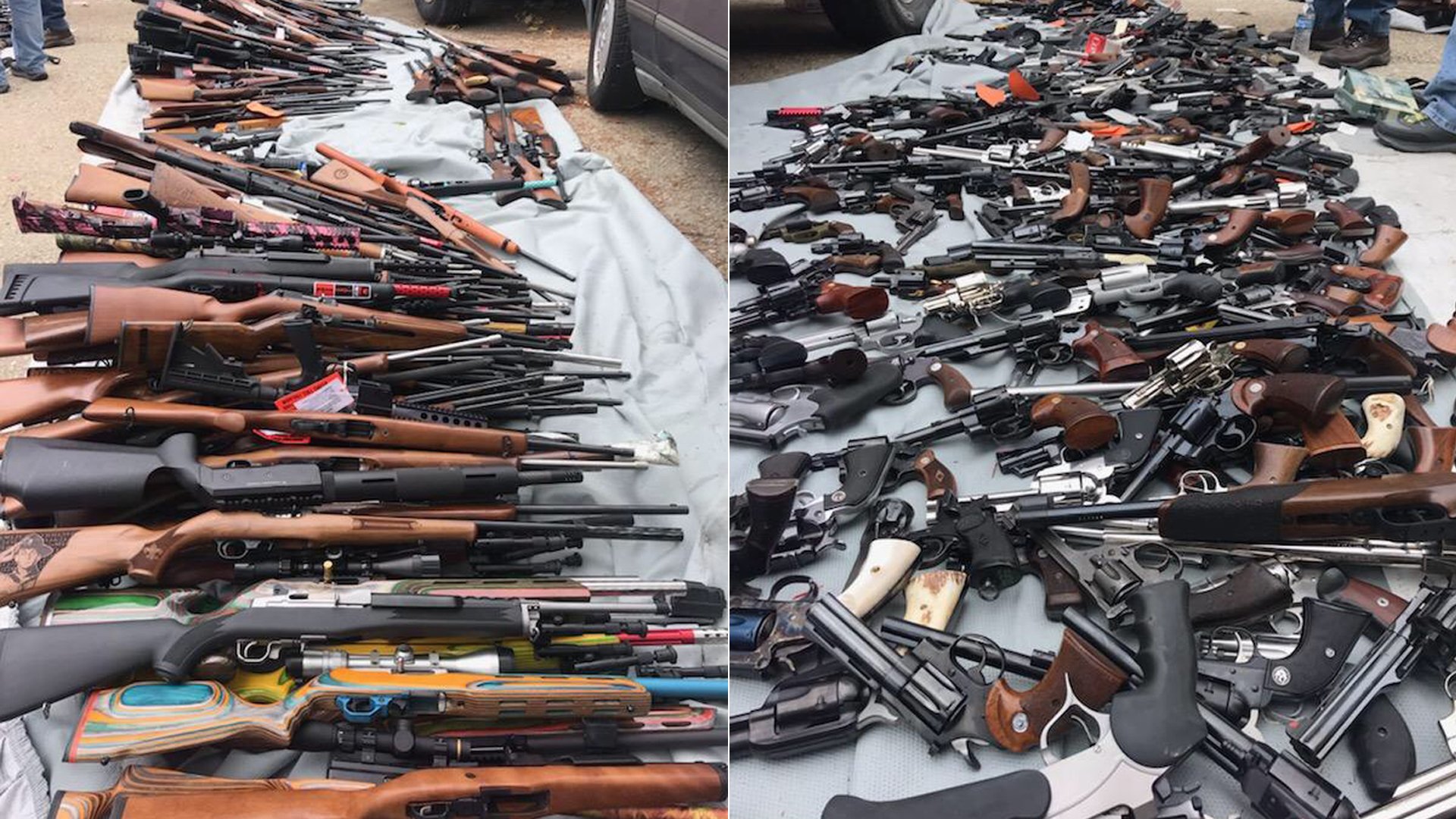 He added that the incident appears to be isolated and that there is no threat to the public, but the weapons could have ended up in the wrong hands.

It is unclear if any charges will be filed against the individual, Ramirez said.

Public property records for the address being searched indicate it's a five-bedroom, 8,200-square-foot home that last sold in 2001. Its value is estimated at more than $7 million, according to real estate website Redfin.com. It is unclear who owns the home, or if the homeowner is the person in custody.

Rabbi Chaim Mentz with Chabad of Bel Air said his synagogue is in the same neighborhood that was the scene of a massive law enforcement raid Wednesday.

“I grew up in Brooklyn. I've seen a lot of things. I've never seen stockpiling this big," Mentz said.

He added that he recently met with worshippers after the deadly synagogue shooting near San Diego and discussed ways congregants can secure their homes from gun violence. He believes incidents like these puts everyone further on edge.

“You don’t want this in your backyard," he said.

A gun raid in Holmby Hills on N Beverly Glen yields over 1000 guns according to @LAPDHQ @KTLA pic.twitter.com/gBe4sVs5eq