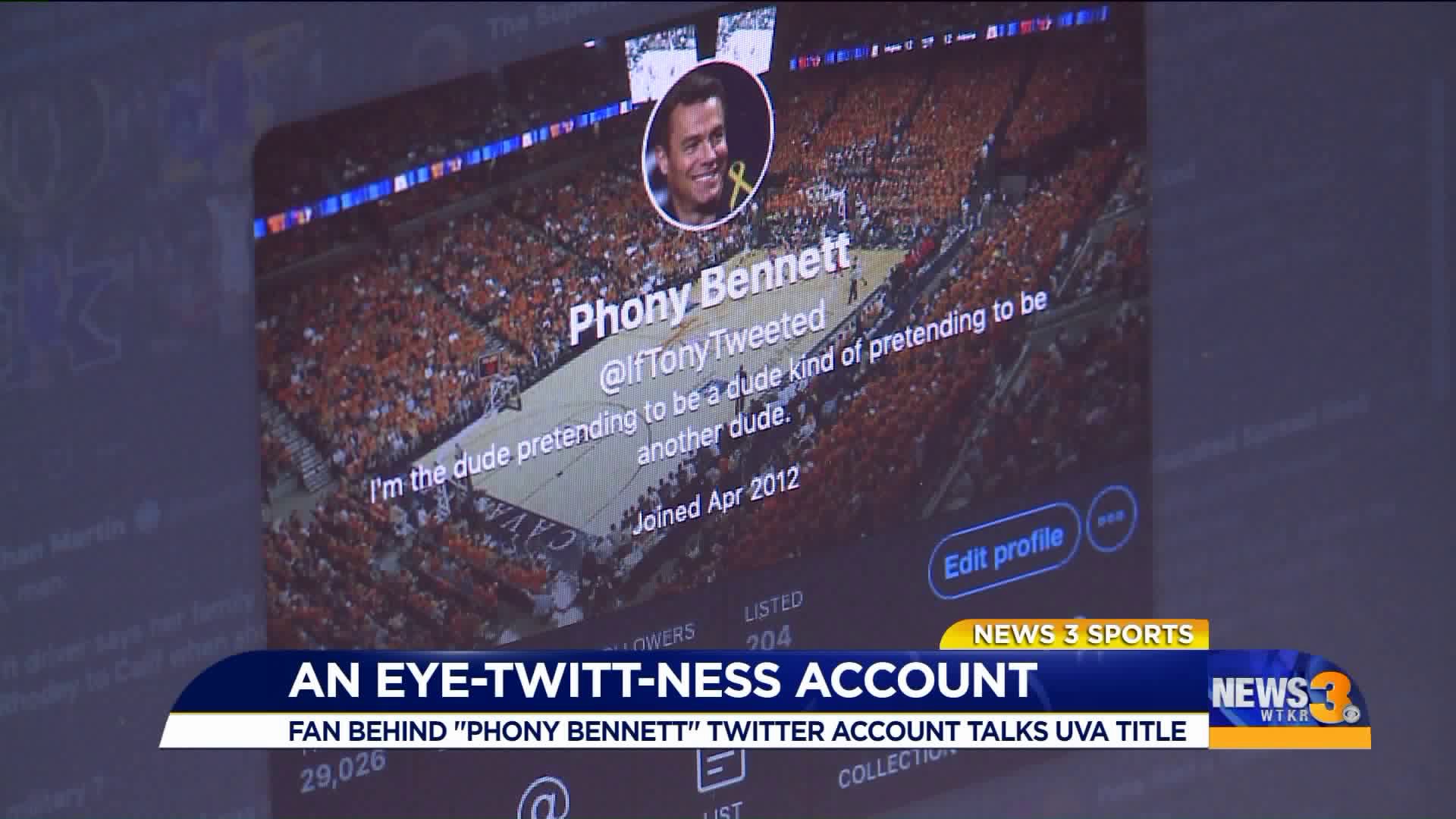 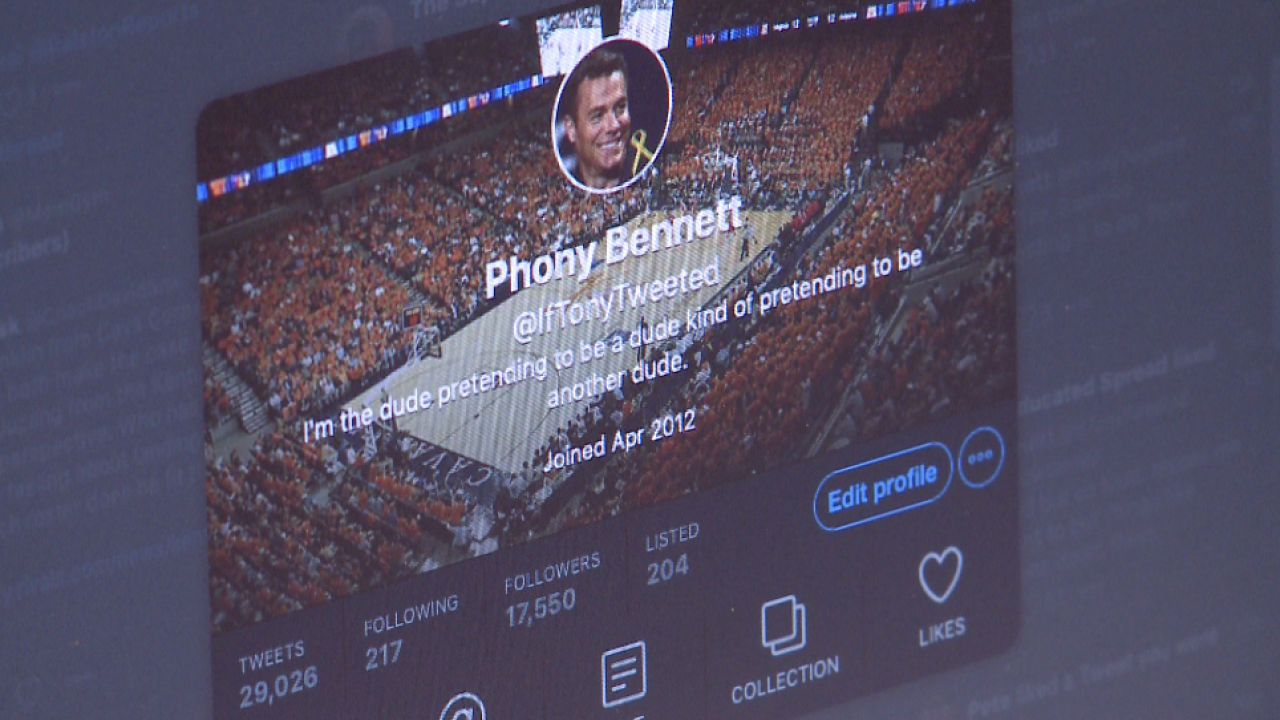 VIRGINIA BEACH, Va. - UVA men's basketball is one month removed from the national championship the program waited forever to win.

"You dream about as it as a fan, but don’t actually expect it to happen," Wahoos fan and alumnus Chris Dembitz explained.

For Dembitz, who works in property management in Virginia Beach, the Cavaliers' NCAA hoops title still doesn't seem totally real. And he's quite familiar with being not totally real.

"When Phony Bennett became more popular than the real me, I realized people like the fake me better," Dembitz said smiling. "That's when I decided to run with it."

For the last seven years, Dembitz has managed the Twitter handle @IfTonyTweeted, called "Phony Bennett", a parody account of UVA head men's basketball coach Tony Bennett, who does not tweet himself. The account's bio reads: I'm the dude pretending to be a dude kind of pretending to be another dude.

"It started as just kind of a joke," Dembitz, who graduated from UVA in 1995, admitted. "I hadn't given it too much thought."

But there's no mimicking Phony Bennett's popularity. The account has nearly 18,000 followers.

"I didn’t really have an expectation for it, and I still don’t know exactly what I want it to be," Dembitz explained. "What it is now may not be what it looks like next year. But I’ve been fortunate that the people that follow have been happy to go along for the ride."

"It's new ground for me, for all of us," Chris said. "It’s trying to act like you’ve been there when you’ve never been there and have no idea what you’re supposed to do."