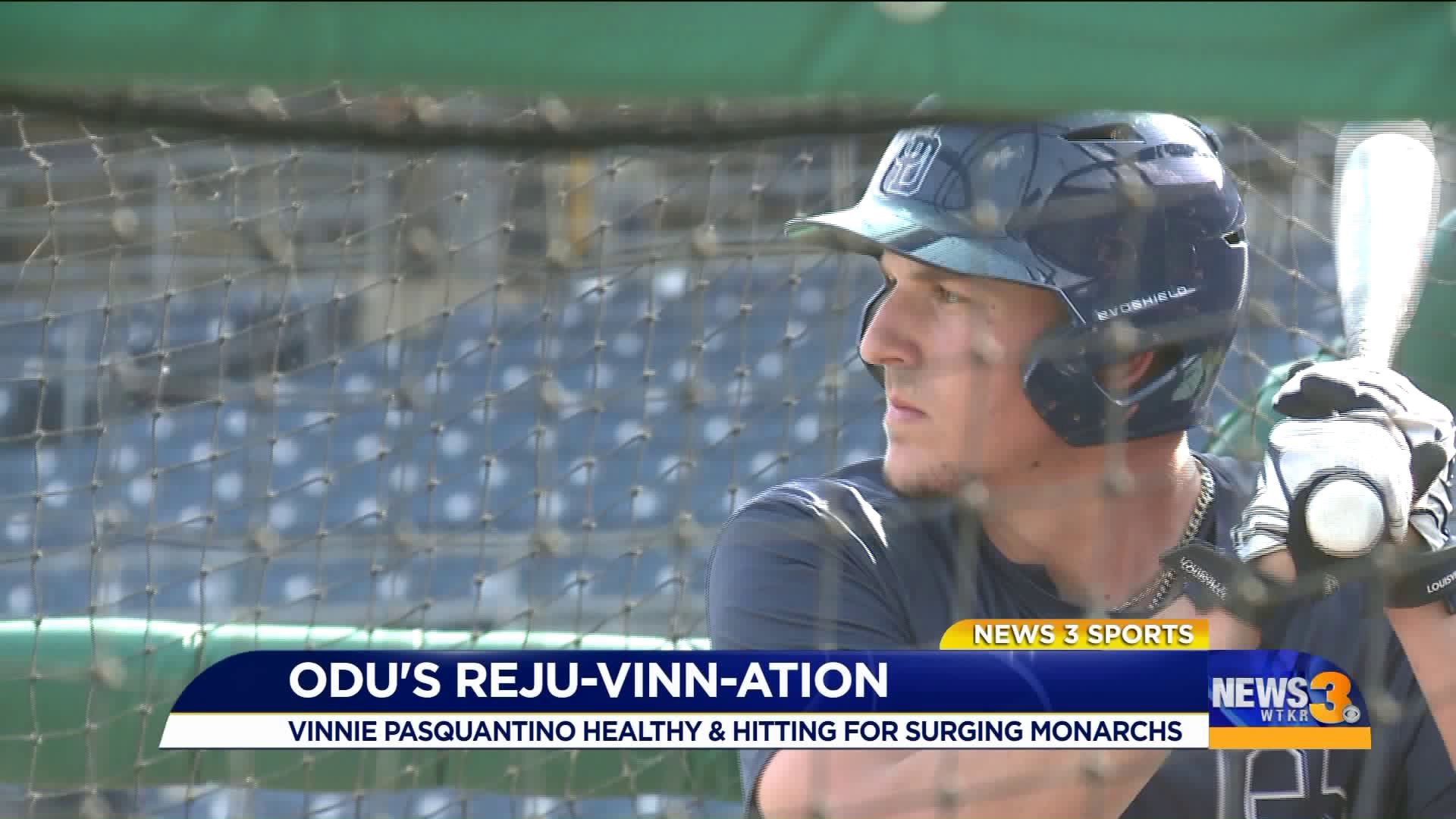 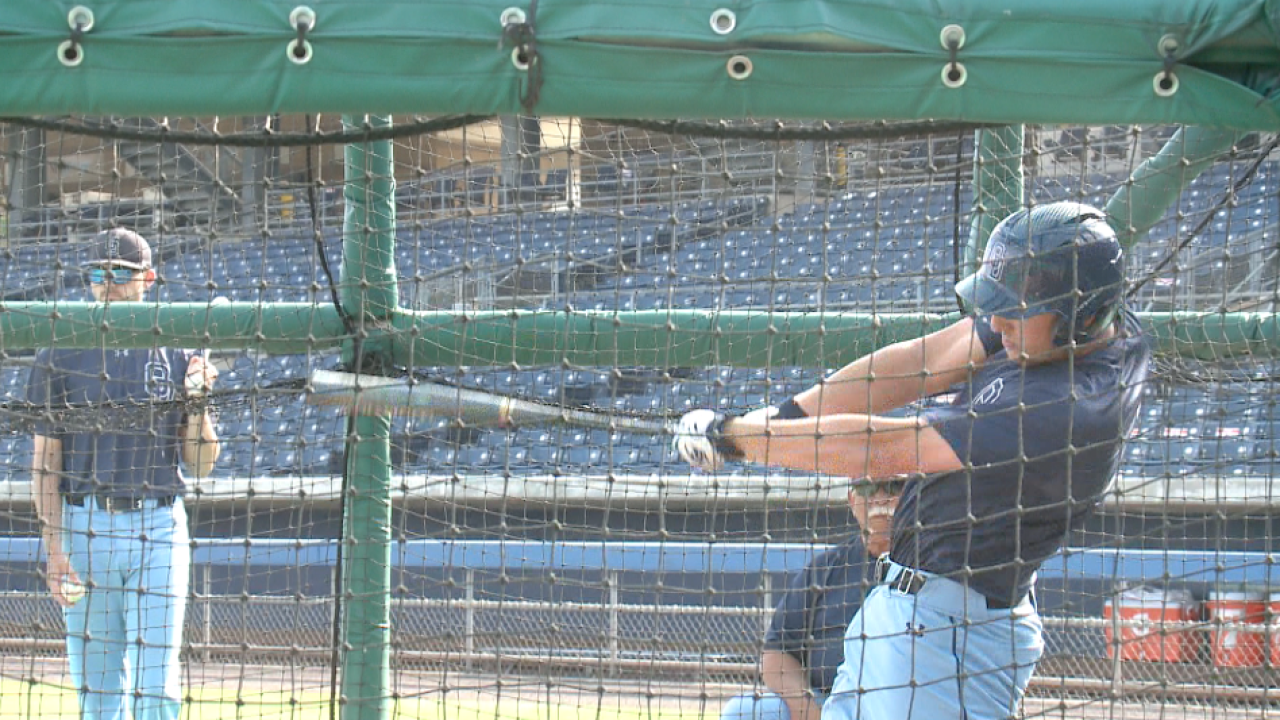 "He was a 10th grader, he was at a camp here - I`d never met him before," recalled ODU head baseball coach Chris Finwood. "He says, 'I've got a question for you. I need to know a place to go get some real good seafood tonight.' I was like, well what`s your name - first of all?"

It didn't take long for the Monarchs slugger to make a name for himself once on campus, either. Vinnie started every game of the 2017 season on his way to his freshman All-America honors. But last year, his sophomore campaign, it all changed.

"When you're not hurt - you don't understand what it's like to be hurt," Pasquantino explained. "I couldn't swing, I couldn't move. I was in a back brace all summer."

Pasquantino's bad back benched his big bat and big personality, forcing him to miss half the 2018 season - and drive his teammates half-crazy in the dugout.

And now, he's the talk of the league. With his back behind him, Pasquantino is the reigning Conference USA Co-Hitter of the Week for an ODU team that's won five consecutive series. 10 of his team-high 13 home runs, tied for fourth-most in program history, have come in the last month - including four last week alone.

"If I didn't go through that last year, I wouldn't be where I am now," Pasquantino admitted. "I don't care about the numbers - I don't look at them. It just doesn't matter to me. What matters is that we're winning games."

"Him being on the field helps us win - it's that simple," Windham added. "We all look to him, we all lean on him."

And with only seven games to go in the regular season, the guy known for first impressions might be saving his best for last.